Who am I racing against in Mario Kart Tour?

According to all guides online, all races in Mario Kart Tour (for the time being) take place against AI opponents. This makes sense because I am always able to skip the little "panning view around the course while music plays" part when a race starts, which wouldn't be the case unless all players did so at the start of every race.

However I was very surprised upon first learning this, because when waiting for a race to start, it definitely seems like I am being matched against other, real-life players. Some of the opponents have usernames that are in Japanese, others in English. And if these are just faceless CPU racers, why would Nintendo be auto-generating names like "pablo_damn" and "aaathebest"? Plus on top of that I have been getting opponents that have badges associated with their profiles, while others don't have them. And adding even more confusion is the fact that sometimes it will take a large number of seconds to find other players to race against, while other times it is near-instantaneous matching.

Yet I know these can't just be ghost-racers of other players' times, because then they wouldn't be able to react to my actions during the race in real-time. So what's going on?? Who am I racing against in Mario Kart Tour races? Is it real players? CPU-controlled robots? Some strange amalgamation of both? 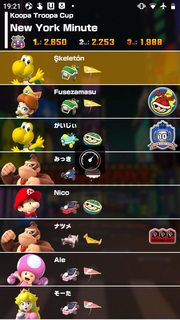 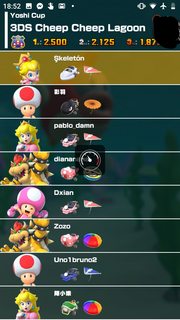 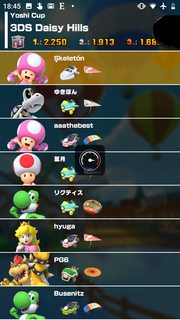 Mario Kart Tour is currently a single-player game with no multiplayer to speak of. Super Mario Kart 8 Deluxe hours have been spent solo. ... But it's not here at launch with Mario Kart Tour: there is a multiplayer option in the menu, but it's grayed out with the text "inbound! So you are playing against CPU/Computers

Kantan Games' Toto said investors should "manage their expectations to some extent" as the initial launch of Mario Kart Tour has "a big minus" that is core to the game's popularity — the lack of a multiplayer mode. "There are tournaments inside the game, right? There are leader boards inside the game, and ... you cannot play against your friends," he said. "I think it is a little bit ridiculous." "I think it will dampen the reaction, I think that, you know, some people might complain. And I think that ... it might also hurt monetization to some extent," Toto said, as consumers will likely be "more motivated to spend money" if they can play with their friends. Still, he said the number of downloads for the game will likely be "through the roof" and it will still "be a hit" nevertheless.

Not the answer you're looking for? Browse other questions tagged mario-kart-tour or ask your own question.

9
When can I access the friends list in Mario Kart Tour?
12
Do coins affect kart speed?
4
How do I pick the best driver, kart, and glider for a track?