What is the symbolic meaning of the Mark of the Outsider in Dishonored?

I saw this question on Reddit, but the backstory of the mark doesn't get explained properly.

Is the outsider's mark explained in-universe? Does it have any symbolic meaning? What's its origin?

Originally, a triskele design was explored, as it referenced the Circle of Life. The three interlocking forms represent the bearer's killer instinct and their ability to be unseen. The mark then evolved to become something more tribal in nature and 'never before seen' as a reference to the Outsider's otherworldly nature.

The Mark of the Outsider was designed by artist Charles Bae. Here are some of his concepts, visualizing the initial triskelion design, and the final rendition: 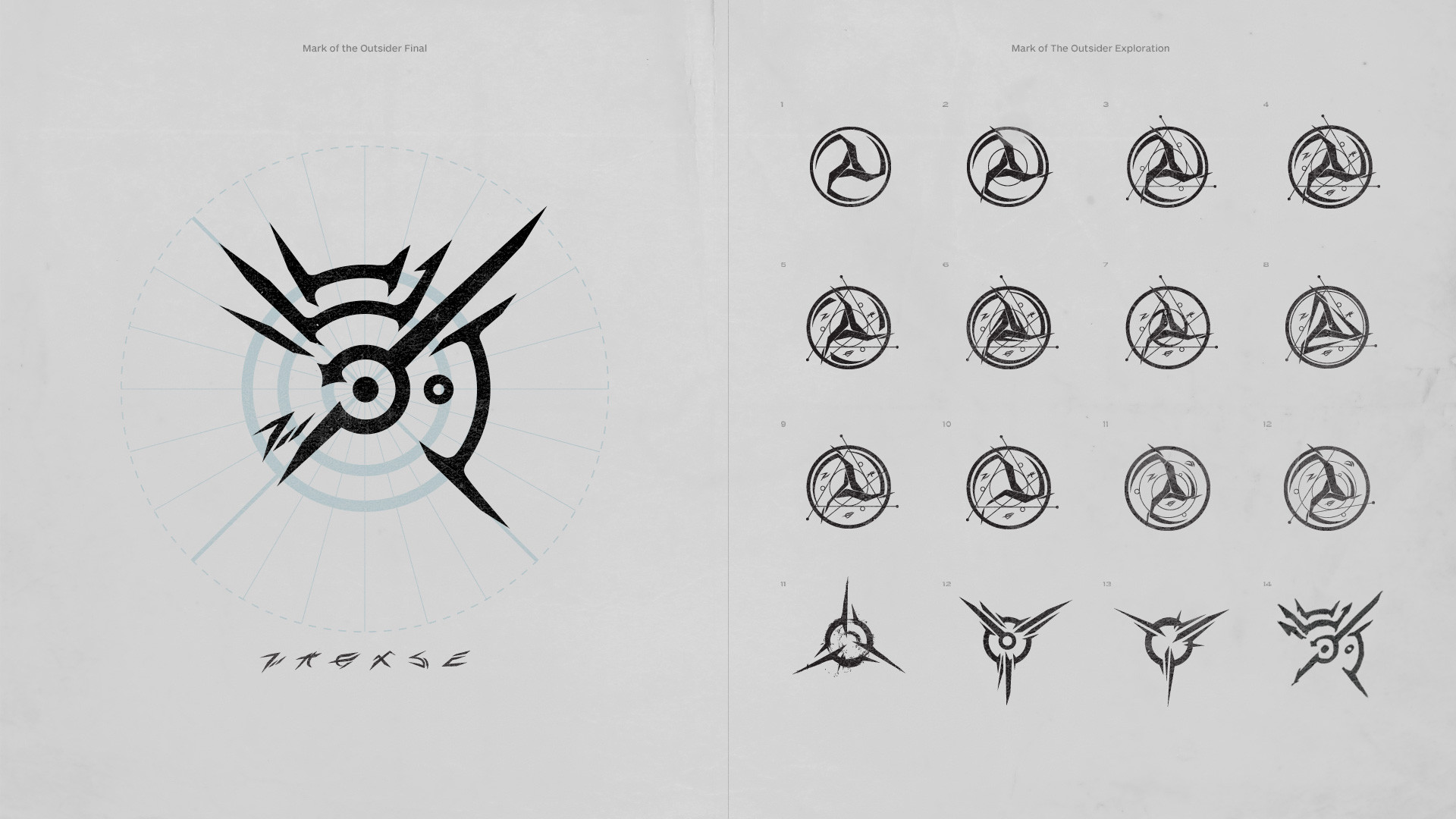 On that same page, we can find more recent information about the Mark:

In Death of the Outsider, the Mark is revealed to be the Outsider's real name, written in a language only the dead can read. If Billie Lurk decides to spare the Outsider, the spirit of Daud whispers the name to her (which can not be heard here), and the Outsider is returned to the land of the living.
Whether the Mark itself has any power after this event is unknown.