Is there a way to add free DLC so that it's queued and downloaded without starting the game?

To download my Steam games and their updates/DLC, I queue them up on my laptop which downloads them to portable HDDs. When I want them on my gaming PC, I copy the games from the portable HDDs (I am working on scripts to automate the process).
Generally, I buy the games and DLC using the browser, either on my laptop or on a different computer altogether (like at work).

When Borderlands 2: Commander Lilith and the Fight for Sanctuary was released for free, I went to get it, since I have all the other Borderlands 2 DLC, and wanted to get it ready for whenever I would have the chance to play Borderlands 2 while waiting for my new system, as my PC at that time was not able to run it.

As I have never been able to add free DLC to the cart via the browser, I booted up the client and added it through that. However, after it had downloaded, Borderland 2 tried to boot up on my struggling laptop, but I was able to terminate the process.

I'm not sure if this was a one-off with Borderlands 2 or not, but I would like to be able to get free DLC similar to how I get paid DLC: by adding it to the cart and letting it either trigger as an "update" able to be downloaded, or let it download only when I get around to downloading the base game.

So: is there a way to add free DLC to a game on Steam so that it's queued and/or downloaded, but not let it start the game directly after?

While this question is almost the same, the issue I'm having is that I already follow the procedure mentioned there for paid DLC. Free DLC, unlike what that answer indicates, does not get registered:

Hovering over the first button shows a Steam app URL which won't work on a system that doesn't have Steam installed, and the second button goes to this About page.

Also, the URL the Download button here links to is different from what is presented in that answer:

The easy way to do so would be to uncheck the 'Start playing the game upon completion' checkbox when you are downloading, but that is not always possible (some downloads can only be a few k to unlock something already present in your game files, so the download box just flashes on screen).

Second solution if you can't do the first one:

Have you tried adding this DLC to your account (and starting its download) via the Steam Mobile application? 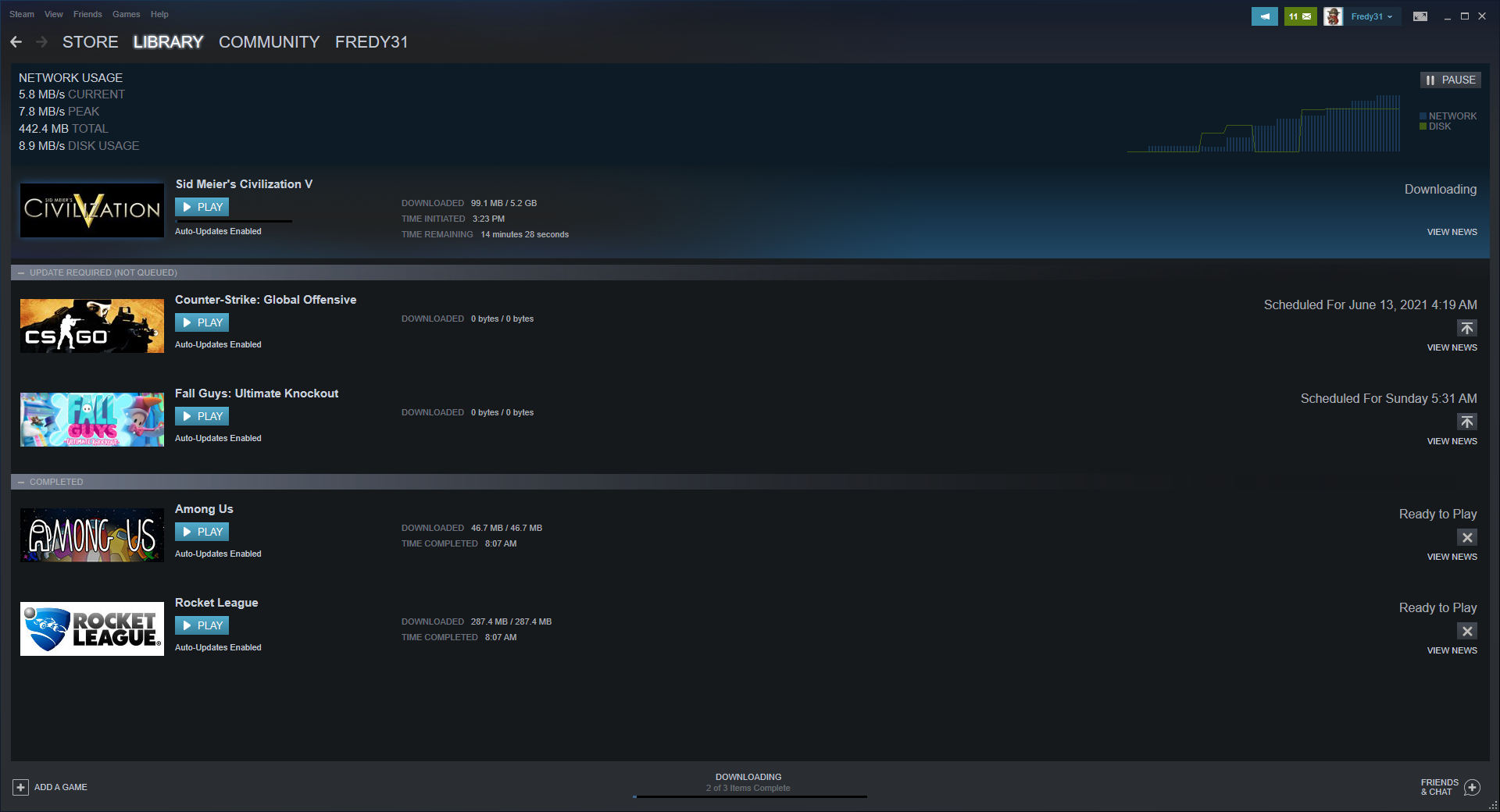 With it you can queue a download on your PC, and it will not start it (its use is usually to start a download while you are away from your PC). So it shouldn't boot the game upon completion.

3
How to prevent steam from starting the game when adding a DLC?

12
Is there a way to transfer a free game downloaded on one Steam account to another?
14
Why is my Steam Client acting so slow?
1
What else do I need to copy over/edit to make my game appear in the Steam Library?
3
Steam shopping cart is emptying itself
2
How can I split my Steam Library across multiple portable harddrives?
3
How to prevent steam from starting the game when adding a DLC?
2
How do I send a free-to-play game to a friend within Steam
1
Is there a way to add a game to a Category/Collection via the console?
2
Is Warframe slowing down my laptop?
1
Bought games don't show up in library on new PC