Why was the protagonist of the original Pokemon Games (Red/Blue) given the name “Red” in future iterations? [closed]

However, within the games, the default names suggested "RED" and "BLUE", for names for you, and your rival, depending on the version of the game you were playing. In Pokémon Red, you were given the name "RED", and your rival as "BLUE", and in Pokémon Blue, the reverse was given.

I can understand why the name "RED" stuck for future iterations of the game, as the protagonist from the game was separate from Ash (who, by comparison, was a rather terrible role model for the sloganed "Gotta catch 'em all" series), but why "RED" specifically, when there was also "BLUE" (and also "GREEN" from the original Japanese release)?

I think one reason had to do with Red being the only protagonist that bridged the international gap of original game releases. If they had chosen Green as the iconic Gen I protagonist going forward, Western fans would have been like "huh, who?". If they had chosen Blue, they may have risked confusing the Japanese fans who had not bought mail-order-only Blue re-make in Japan.

I think that another reason Red was used as the Gen I protagonist going forward was that in every piece of promotional material for the original games, the main character is wearing the color red. Regardless of if the game being referenced was Pokémon Blue or Pokémon Green, the protagonist was always shown wearing a red outfit in the artwork for magazines, guides, and promotions (no artwork exists showing the trainer wearing a green or blue outfit).

There may have been three trainers

Some people have speculated, based on the cover of the Gen I Japanese guidebook, that there may have originally been plans to have three trainers in the original game, one being Red (the playable character), the other being Blue (the rival) and the third being a female "Green" character. 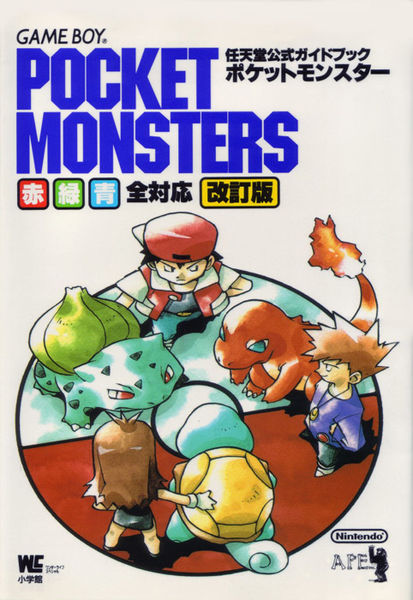 Based on all of these circumstances, Red seems like the easiest choice for who should be recognized as the "classic" Gen I trainer going forward. Red was already associated as the protagonist of the games in the most artwork and in the most regions of the world. I probably would have made the same decision to keep him as the face of Gen I Pokémon had I been on the Game Freak team.

But again, this is all speculation :)