So there is a Steam game that I haven't played for quite a while, and today I felt like playing it again (The game is Contradiction: Spot the Liar, if it matters). But I was greeted with this error message:

I'm on Mac, as you can see. So I went to the to the folder where the game files should be, and, lo and behold, the folder was completely empty. No executable, no anything. Weird, but it should presumably reinstall the game files if I uninstall and reinstall. So that's what I did. But when I reinstalled, Steam instantly said the download was finished, and I got the same error. I go back to the folder, and still empty.

So this time I manually delete the folder myself, make sure all traces of the game are gone from the application support folder, and reinstall. Same thing. Instant download and creation of an empty folder.

Other games in my library are working fine, and I tried installing a different game, and the download worked as normal.

I tried restarting Steam, verifying game files, all the standard things, but the same thing happens every time I try to install it.

EDIT: So to test I created another user account on my computer and opened Steam there. This version of Steam does not share its files with the one on my main account, but it is the same Steam account, so it has access to the same games. No games were installed, and when I did install a game, the save files stored on my main account were not there. I tried to install Contradiction on this account, but the exact same thing happened. So it doesn't seem related to any of my Steam files.

EDIT 2: So I was able to try to download it on another computer (same Steam account still), and same exact thing. So it's either an issue with my account, or the game in general.

I contacted Steam support about the issue, and they said they were able to reproduce the issue, so it was not specific to my account or anything. They contacted the developer, and learned that the Mac OS version of the game is currently unavailable while the devs are working on updating the game to 64-bit (so that it will be compatible with Mac OS Catalina). The developers have since posted an update on the Steam store page describing the situation. They say the 64-bit version should be out ASAP, so the only thing we can do at this point is wait.

UPDATE: The game is now fixed and the 64-bit version is out. It can now be properly downloaded on Macs.

A few similar problems on the Steam Community forums have another solution apart from the obvious ones: changing the language of the game: 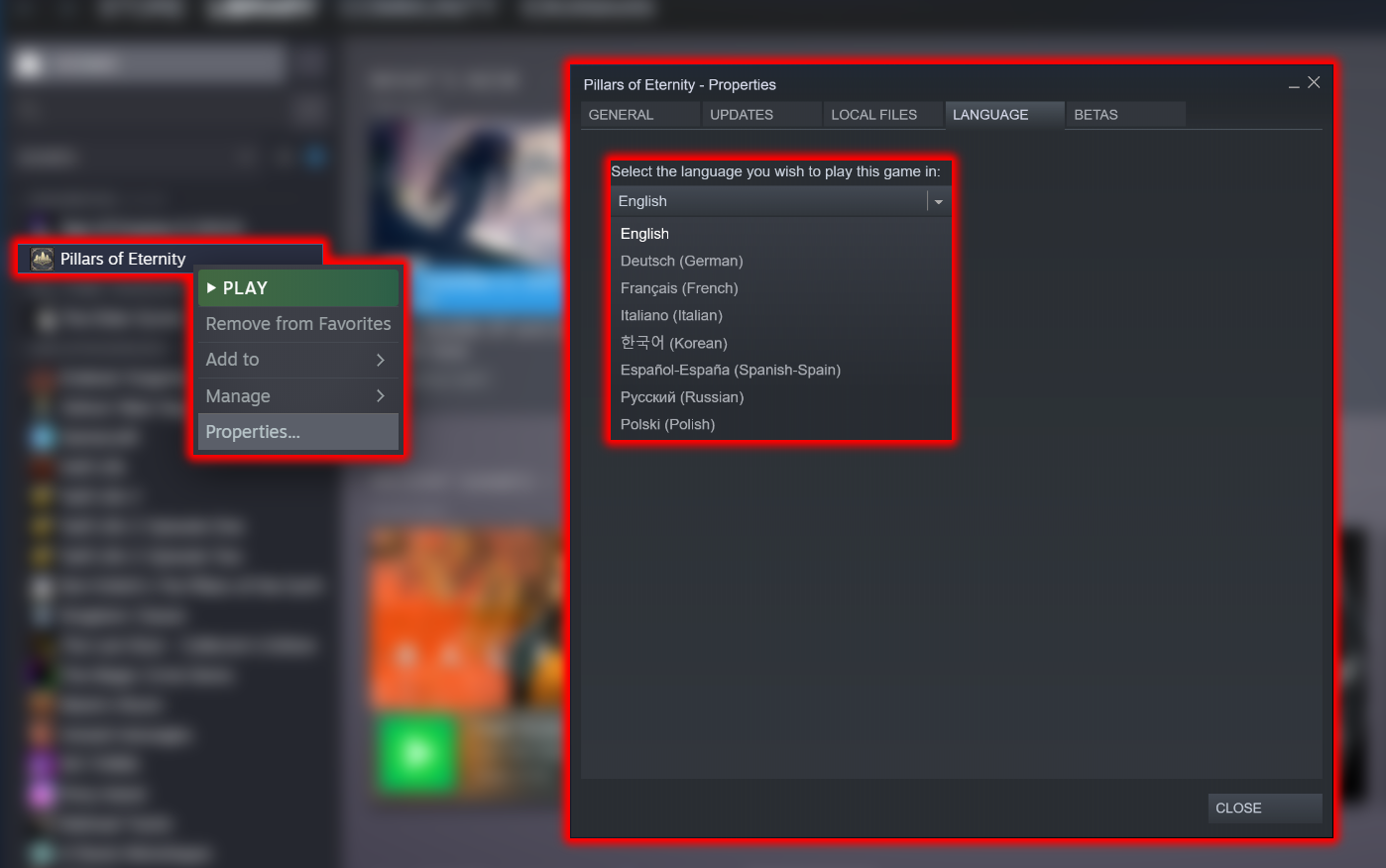 It seems that the problem occurs in those cases because Steam can't find the files related to the language that's set as default.

Barring these are part of the "standard things" you have already attempted, try changing the download region of Steam (different accounts on the same computer would suffer the same problem) or disabling software that interferes with your Steam server connection:

These possible solutions come from this Steam troubleshooting page (slightly redacted), and seem to be the most logical candidates given the fact that another Steam installation on a different user account on the same system throws the exact same problem.

57
How do I copy Steam game files from another PC while the game's still downloading?
1
Bought game on Steam, but it's not in my Library
1
Steam thinks the game is not installed
4
"Scanning for Steam games updates" error message
0
Steam discovered game files but still downloading
1
Game not launching (missing executable)
2
Steam takes forever to load, a week downloading a game, and keeps pausing