What effect does pheromone / charm have on the player?

I know that dunking, dousing or otherwise staining enemies with pheromone causes a charmed state where they will fight as allies for you.

When I apply this liquid to myself though, the mouse-over description of the status tracker just says 'A charm affects you' without any clearer indication of what this means (if anything).

What does a charmed state on the player change in terms of gameplay, if anything? 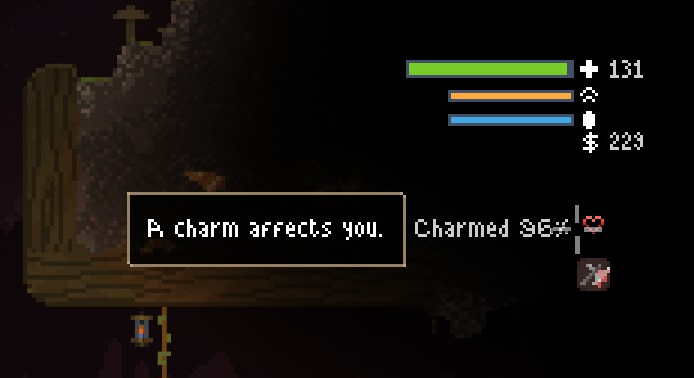 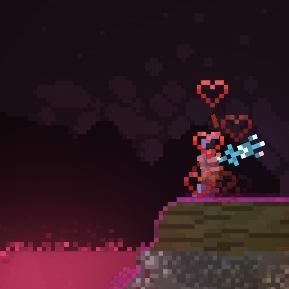 When there are no charmed enemies around, being charmed yourself has no discernible effect. However being charmed may affect jealous enemies in some way.

Some enemies can exhibit jealousy. I've most notably observed it in the "Limanuljaska" (toxic slime monsters). When two of these are charmed and not from the same egg, they may attack eachother; by this I mean a charmed monster attacking another charmed monster. When you are also charmed, it might be possible for that jealousy to be directed towards you, though experimentation is necessary to confirm this.

It's hard to verify as jealous enemies tend to kill eachother very quickly.

Not the answer you're looking for? Browse other questions tagged noita .

2
What does drinking worm blood do?
15
What is Noita downloading every time I quit the game?