Hoppers directed into chests - What happens when the chest is full?

I'm playing in a single-player survival world on Bedrock Edition on my Xbox One and I've been looking at some of the item-sorting builds on YT. I'm currently leaning towards the design shown in Minecraft Tutorial - Compact Automatic Item Sorter - Expandable(Minecraft 1.14+), but I have a couple of questions before I start "wasting" resources. The main one at this time is, is it possible to have an "overflow" for a single, sorted item? Or, to ask it another way (based on the only idea I've been able to come up with so far), will a hopper in this kind of system drop items to a lower hopper when it's connected chest is full?

For example, let's say I build an item sorter with one chest that's for cobblestone. I'm going mining, and I obviously get a LOT of cobblestone blocks, so every time I come up for air, I start throwing all of them into my sorter. The machine works flawlessly and starts dropping the cobblestone blocks into the appropriately designated double chest. However, that chest is pretty quickly completely full. I'd like to be able to have a second chest, and possibly a third (or more) stacked vertically so that once the first chest is full, it goes ahead and moves on to the second, then third, etc.

I imagine this sort of "overflow" design would probably require the second and subsequent chests to be below the first, although the best way, IMO, would be to start filling from the bottom up instead of from the top down. I think I may have an idea of how to accomplish the latter, but I'm still a relative Minecraft noob. I've not yet gotten to the point of making my own designs or making any major, functional modifications to the designs of others. I'm trying to teach myself how to make use of redstone for these kinds of machines, but I have a lot yet to learn.

one thing that you could do would be to place a hopper under the chest leading into another double chest, or you could have a overflow protection device that burns/destroys extra items, to have the chest system vertically you could have chests like this: 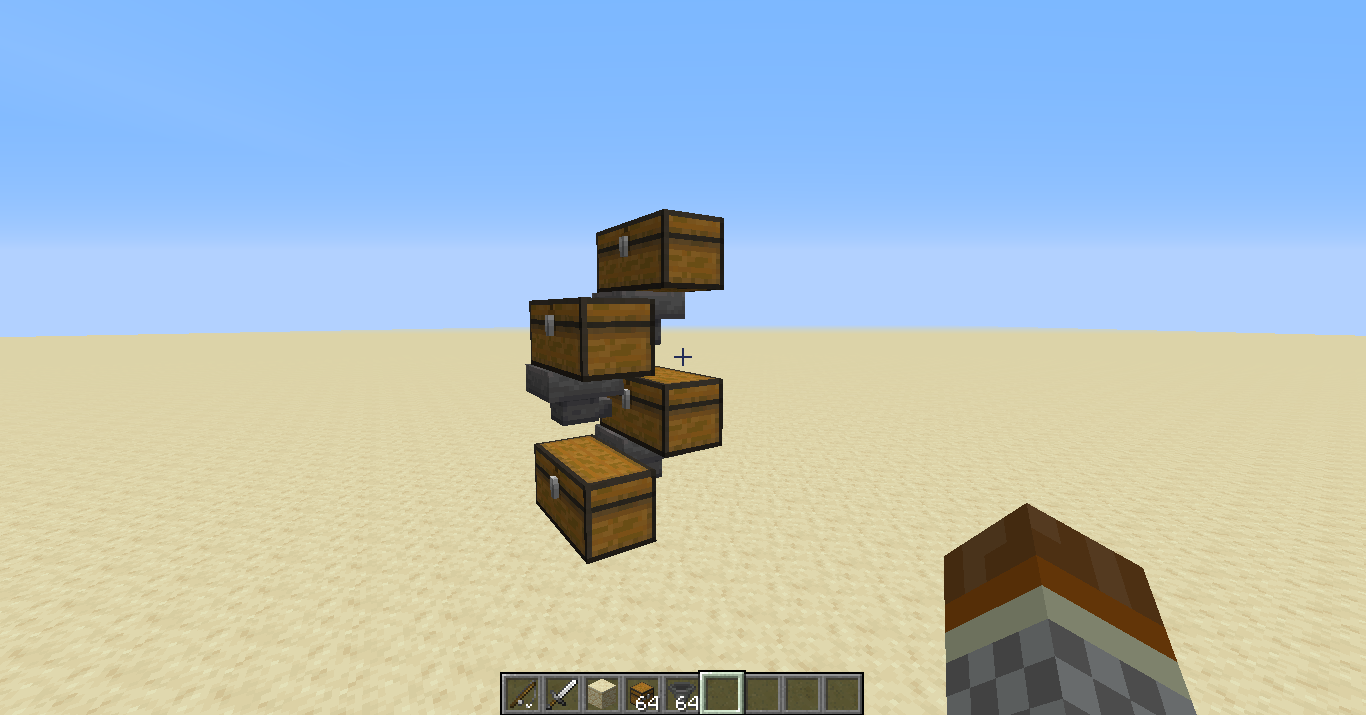 Here are two types of "overflow" systems, each holds the same number of items and has the same footprint. If an item is tossed in the top hopper, it will flow down and be available in the bottom chest. This is true until the bottom chest and its feeding hopper are full.

With the system on the right, when items are removed from the bottom, the inventory from the upper chests will flow down to fill gaps. By contrast, when the bottom tier of the left system is emptied, the upper tiers will not fill it (though overflow held in the hoppers will flow down). This is because there are no hoppers pulling from the chests. 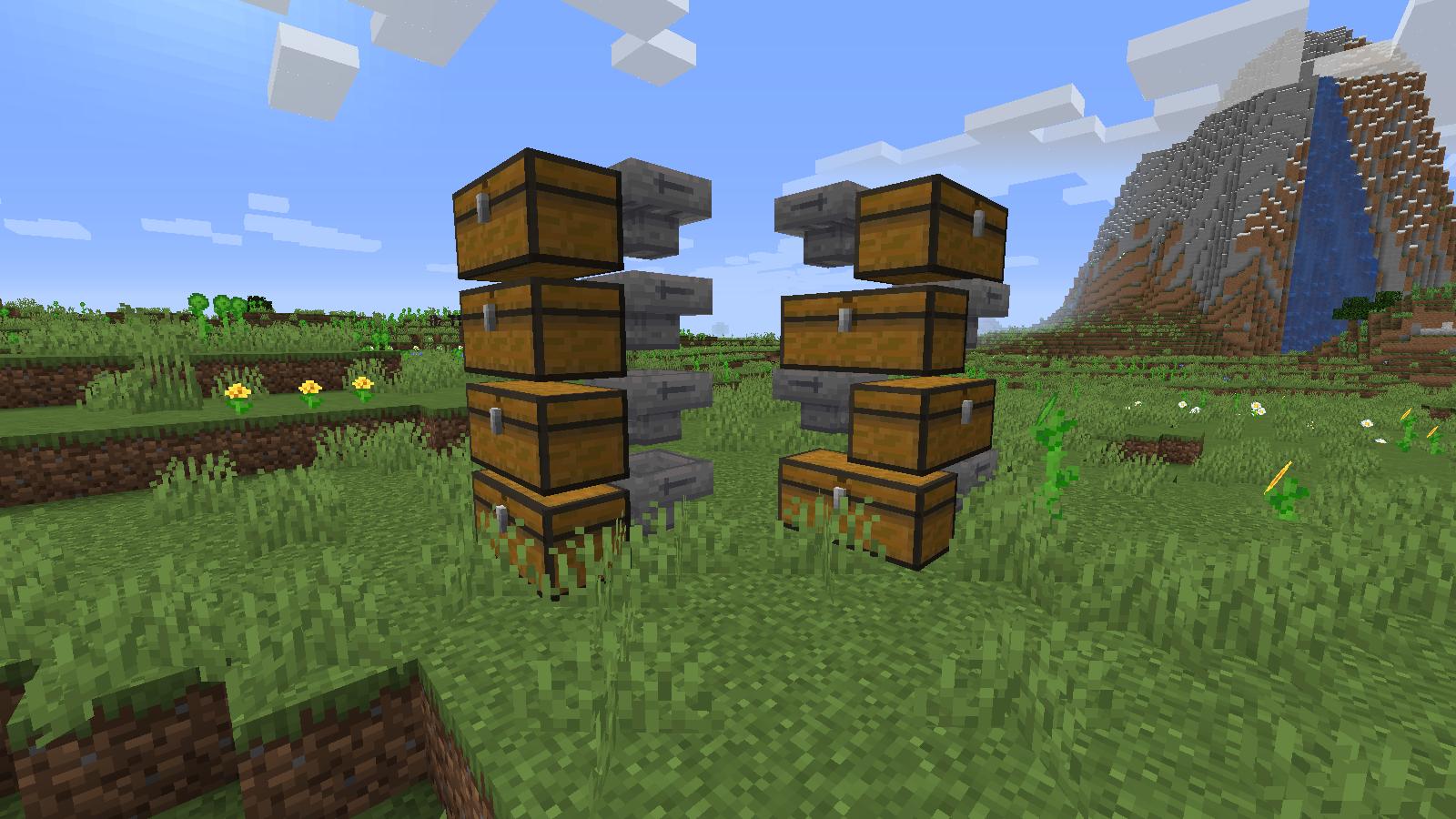 Not the answer you're looking for? Browse other questions tagged minecraft-redstone minecraft-bedrock-edition .

2
Item sorter with multiple items per tick
1
How to get a high, neutral and low signal from a comparator read single chest within the space of a single stack of items?
2
Items in minecraft item filter stacking
1
Designing a Minecraft Redstone Sorter where 64 items in a stack go through hoppers each tick
6
What is overflow protection, and how can I build a simple yet effective overflow protection "unit" for an item filter in Minecraft?
2
How do I redirect items to fill one column of chests at a time?
1
Why won't my item sorter work?
1
Designing a Minecraft Redstone Sorter where 64 items every second
1
Is it possible to have a tilable full chest detection in this scenario?
6
What is the fastest way to transport large amounts of block a large distance without hoppers?