On occasion, all grass and stone blocks will just disappear. I can still walk on them, but basically everything except wood and water is invisible. I first started having this problem in a modded world. Which I thought was normal, or to be expected because I was running a lot of mods.

I can fix it easily with F3+A, but I'm just curious as to how and why this happens. Any thoughts? 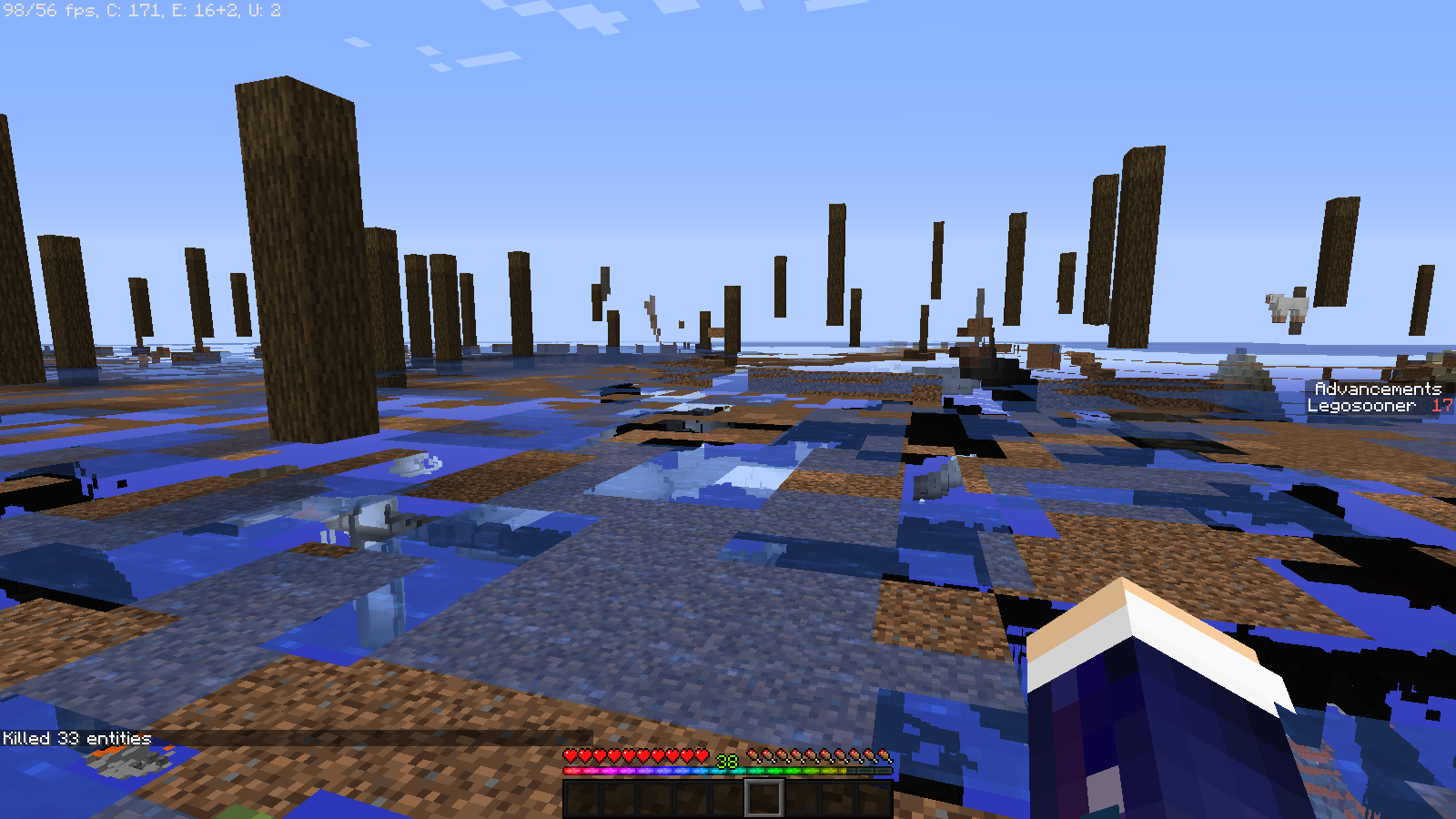 It would be helpful to know what Minecraft you were playing. I've had major graphic bugs in the new 1.15 version.

Most likely though, it is a graphics driver issue. If you know your graphics driver is the latest and greatest then I would suspect you are playing in 1.15 and experiencing graphic bugs. But if you are on an older computer and you have not updated the graphics driver yourself then it might be that. Computer manufacturers like HP stop updating their version of drivers for specific computers after a couple years, so the owner has to go to the Intel site (for example) and deal with it themselves.

9
Nether portal (that has been used both ways) suddenly move
10
Mobs becoming invisible in Minecraft?
1
Minecraft region files corrupted
72
Part of my house is inexplicably gone
3
Why do my glow squids disappear?