Can't get 2 player local on keyboard

I've been playing Overcooked 1. I attached a Bluetooth keyboard to my laptop. This means 2 players can play (using different keys but at least we're not restricted to sharing a single keyboard). In other words, player 1 will use ASDW keys to move, whereas player 2 can use the cursor keys.

I've just bought Overcooked 2 and was hoping to do the same - what I've read shows it's possible and designed to be this way!

In the game, I press Esc to load up the menu, open the controls screen and choose 2 keyboards.

I load the game, and I see 2 characters. However, only 1 of the characters has a blue circle underneath, and both ASDW and the cursor keys move a single character.

If we press CTRL (I think it's CTRL), the selected chef changes, but we only get to control 1 chef at a time!

What am I doing wrong? We'd like to play locally, 2 players, using 2 keyboards.

Turns out, you need to do this from the very first screen, where the truck is! In the bottom right, there is a "box" with the option to add another player (by pressing E on the keyboard)

This is the screen (although in the screen below, it shows you need to press Y) 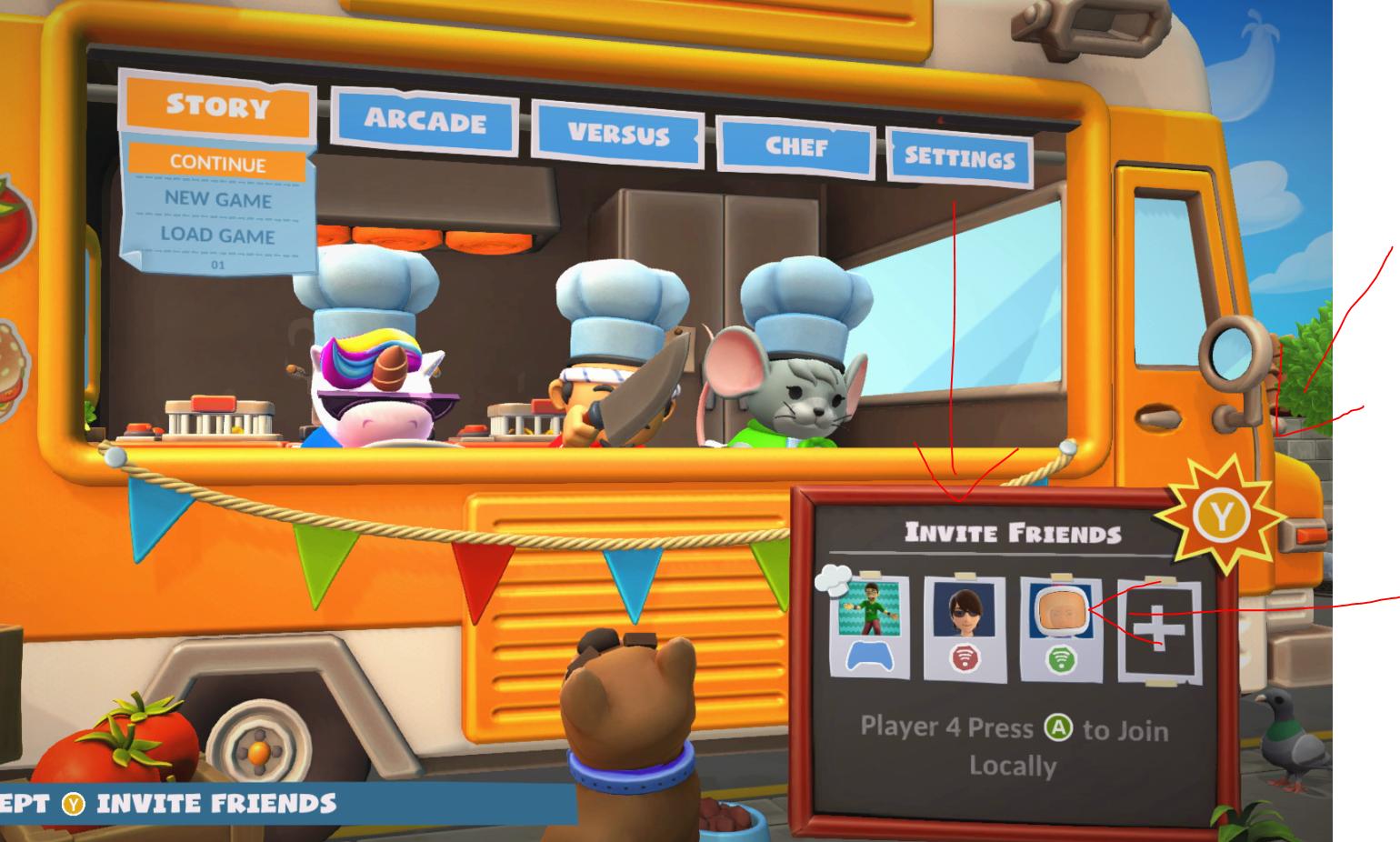 Not the answer you're looking for? Browse other questions tagged pc overcooked-2 or ask your own question.

3
ZBoard keyboard for PC?
3
Cannot use Keyboard/Mouse?
15
Is it possible to prevent the mouse cursor from highlighting menu items?
3
Black screen when running most games fullscreen
3
What File Is the Local Save Saved To?
0
Keyboard issue with Batman Arkham Asylum
1
High ping on local server?