How do I tell which chapter I'm in?

The Map/Information screen shows the current objective, however is there a way to know the story chapter or overall game progression?

Most of game chapters are named after characters and loading screens will feature this character. For example, "Chapter 2 - Amelie" has this loading screen: 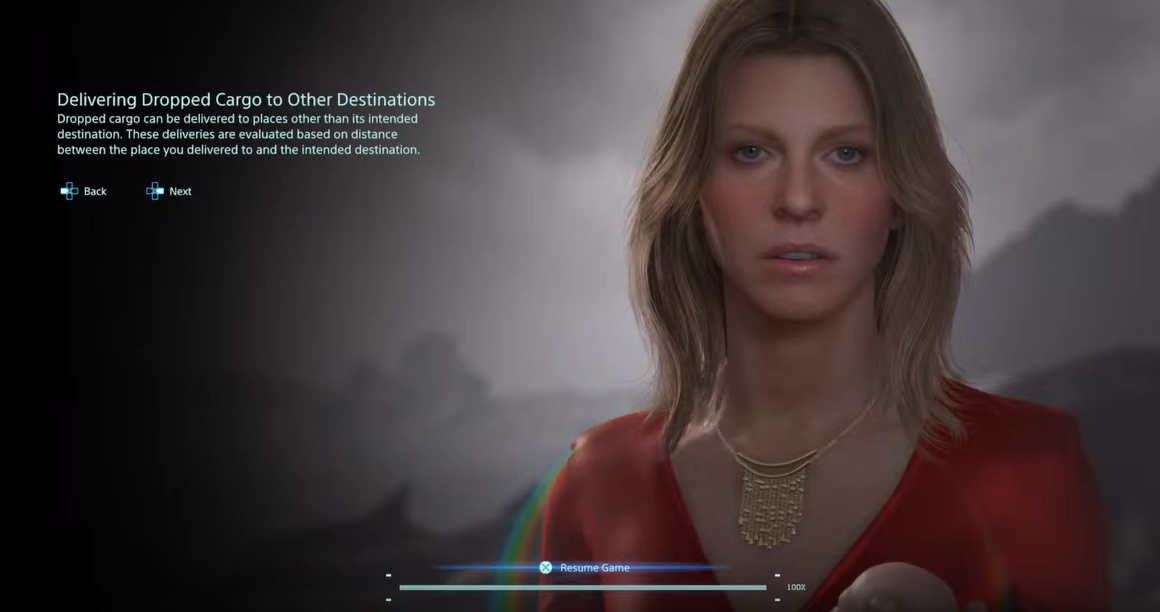 However, obviously you need to load/reload game to see loading screens.

As for overall game progression, here are some minor spoilers which help to establish where you are at:

Not the answer you're looking for? Browse other questions tagged death-stranding or ask your own question.

3
How to replay story (and optional) missions?
4
In Death Stranding, how to make bridge link with my PSN friend whom I haven't met in the game?
4
How can I repair a damaged truck?
4
How to use the odradek to hide?
2
How is road completion determined?
2
Leave BB in private room
4
Why are time-based deliveries sometimes not awarded an S rating even though delivery time was within the limit?