Is it possible to transfer minecraft worlds across devices?

I have many worlds on the xbox edition of Minecraft but I recently bought the Switch version for portability. Is there anyway I can trasnfer over m

I've actually done this a few times - taken a copy of a world from my Xbox One so that I could play it on my Windows 10 PC (the concept is the same) - but there are a couple of prerequisites:

Using a pre-existing world on your realm

Once you have a Realms/Realms Plus subscription, you can choose any of your worlds from your Xbox One (Bedrock Edition) to use on the Realm by doing the following: 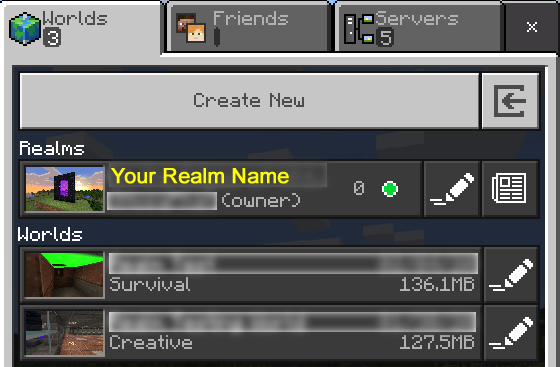 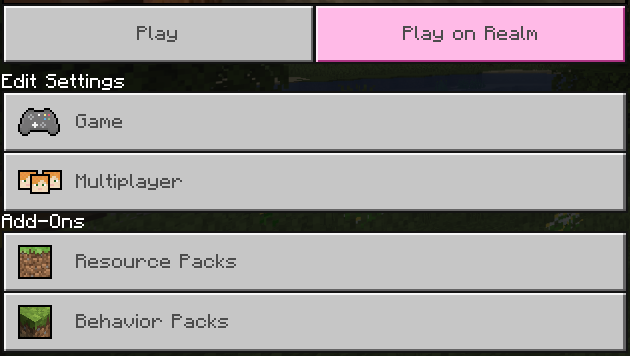 Now, at this point, you can do a couple of different things. You can either leave this world on your realm so that it can be played by anyone you've invited at any time. All changes from any players will be persistent and show up for everyone else anytime they log in. A realm is, by definition, invite-only, so only those people to whom you've given explicit permission to join will be able to access it, so you don't necessarily have to worry about random "griefers".

Your other option is to download the world to your new device to play it locally. Of course, this means that any changes you make in the local copy will need to be re-uploaded if you want them available on other devices. However, this can be a useful tool for creating copies of your realm world for testing out certain builds and such (if that's something you're in to).

To download the world from your realm for local play, simply click the pencil icon next to your realm on the world selection screen and you'll see an option to "Download World". The game will process the game information and make a local copy of the realm world, which will show up in your main worlds list.

Migrating a world from Xbox One Edition to Bedrock Edition

If you are wanting to play an older world from the Xbox One Edition of Minecraft on your realm, you'll need to follow these additional steps to migrate/convert that world to the Bedrock Edition format:

More information on migrating worlds from various console-specific editions to Bedrock Edition can be found in the official Minecraft Help Center. See the section titled Minecraft on Consoles for details.

Lastly, just for the sake of completeness, for anyone who's wanting to copy a Bedrock Edition world from one PC to another, you can simply transfer the MCWORLD file between the two computers using USB, DropBox, Google Drive, etc. You'll need to copy/export your world, then transfer the MCWORLD to your storage medium for retrieval on your other device.

I found another, similar question here (How to share worlds between platforms with Minecraft Better Together) that offers some possible alternatives to using Realms, but I've not tried these other methods and can't speak to their functionality or reliability.

You can put the world on a realm on the device that has the world (your Xbox) then download the world from the realm on a different device (your switch). Assuming you're using the same account on all devices.

The previous answers do provide one possible solution, however, if you are on a mobile device or a computer, you can also access the world files directly, copy them to a media transfer device, and transfer them that way. This is similar to the way uploading/downloading maps works for adventure and puzzle maps (which is another option you have to transfer your worlds). I'm not sure if either of these methods work for xbox, switch, or playstation, as I've not attempted to transfer any worlds that way.

This is especially useful if you play a world with a friend, and your friend wants to have a copy of the world for themself, or if you wish to backup a world in case it gets deleted or otherwise lost.

Not the answer you're looking for? Browse other questions tagged minecraft-bedrock-edition xbox-one nintendo-switch or ask your own question.

6
How to share worlds between platforms with Minecraft Better Together