How does Supercell calculate stars in the COC War League?

Our team was ten stars ahead of the opponent but we lost to them with only one star. So we have to be in the top with the difference of 9 stars. right?

But what happened was that we were behind them with the difference of 1 star.

How does Supercell calculate stars in the COC War League?

Clans compete to obtain the most stars, as that is the first criteria for rankings in the league. Aside from stars obtained normally, clans will receive a 10-star bonus for winning a war.

During a League, anyone can view the standings of each clan in the League under "Group", and also the scores of each war in "Rounds", including those wars involving other clans.

Under the "Clan" tab, players can view the statistics of how each member in the roster performed so far in the league, breaking down the number of stars collected by each member, the total destruction accrued, and the number of attacks completed. 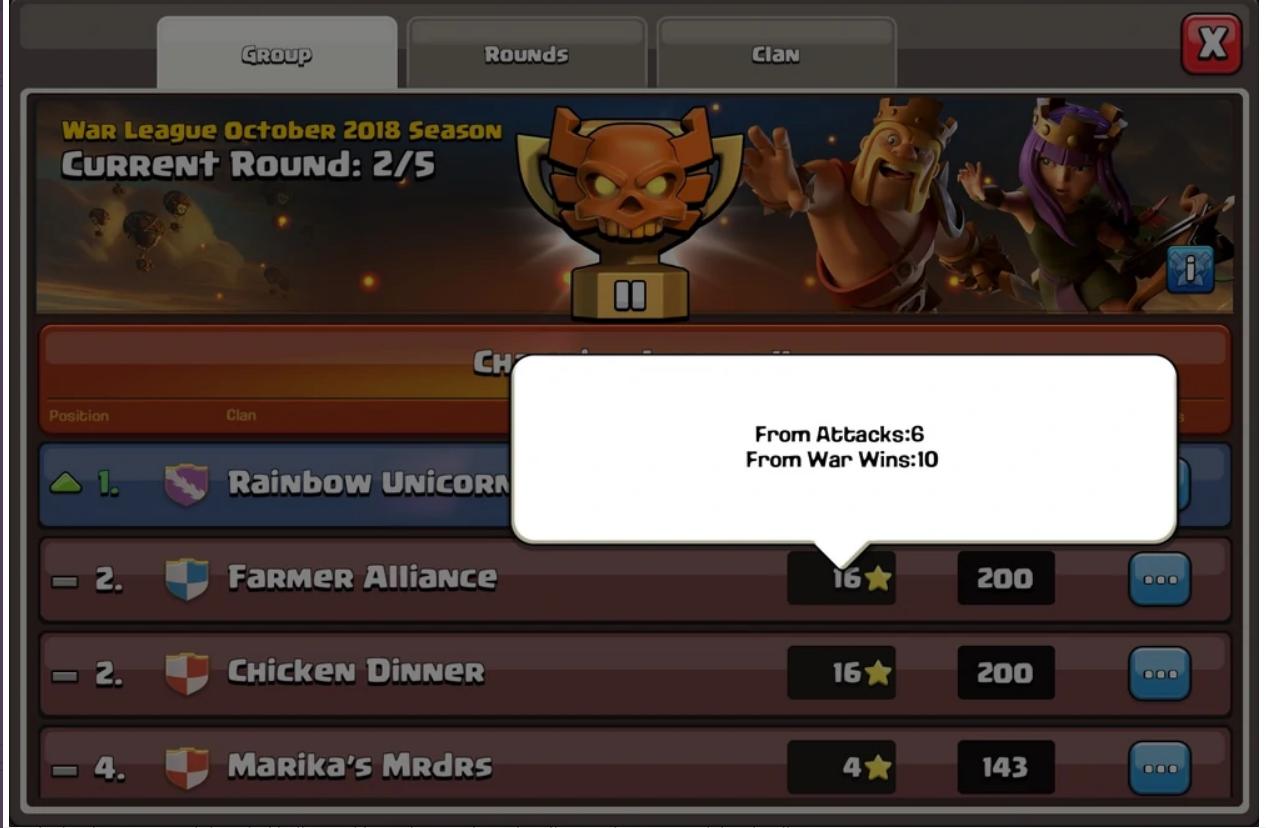 3
CoC opt out - To War or Not to War
0
target attack strategy
1
Troops not attacking Clan Castle troops
5
Personal war stars - Do I get 3 stars added to my personal war star count if I attack a base that has already been 3 starred
4
Do you get war bonus for an attack that you lose?
2
Clash of clans live replay issue
2
Can we start clan war league without our clan leader?
3
How to unlink a Supercell ID from CoC?