Nivlac Circle : race is neither claimable nor attackable without claim. Cannot be conquered? Bug?

So early on in my campaigning I got the fungi event chain : I started studying a microscopic organism

when it started to "get out of hand" I decided to jettison the sample.

jokes on me, instead of settling somewhere far away it settles in the middle of my empire on the one space I can't yet claim :

a system with the "Alpha Aliens" with a fighting force of 12.5K. and the two more or less coexist (I'm guessing any space-faring craft or force they might produce will be obliterated by the Alpha Aliens and their starbase stays stuck at 0% health 0% hull, I'm pretty sure this type of eventuality wasn't accounted for, but hey they continue to develop on their planet).

at this very early stage in the game where the best force I can muster is a meager 1.5k. I settle for taking care of them later.

I'm now at the stage where I have a 13.5K force I wager it's time I take that system. 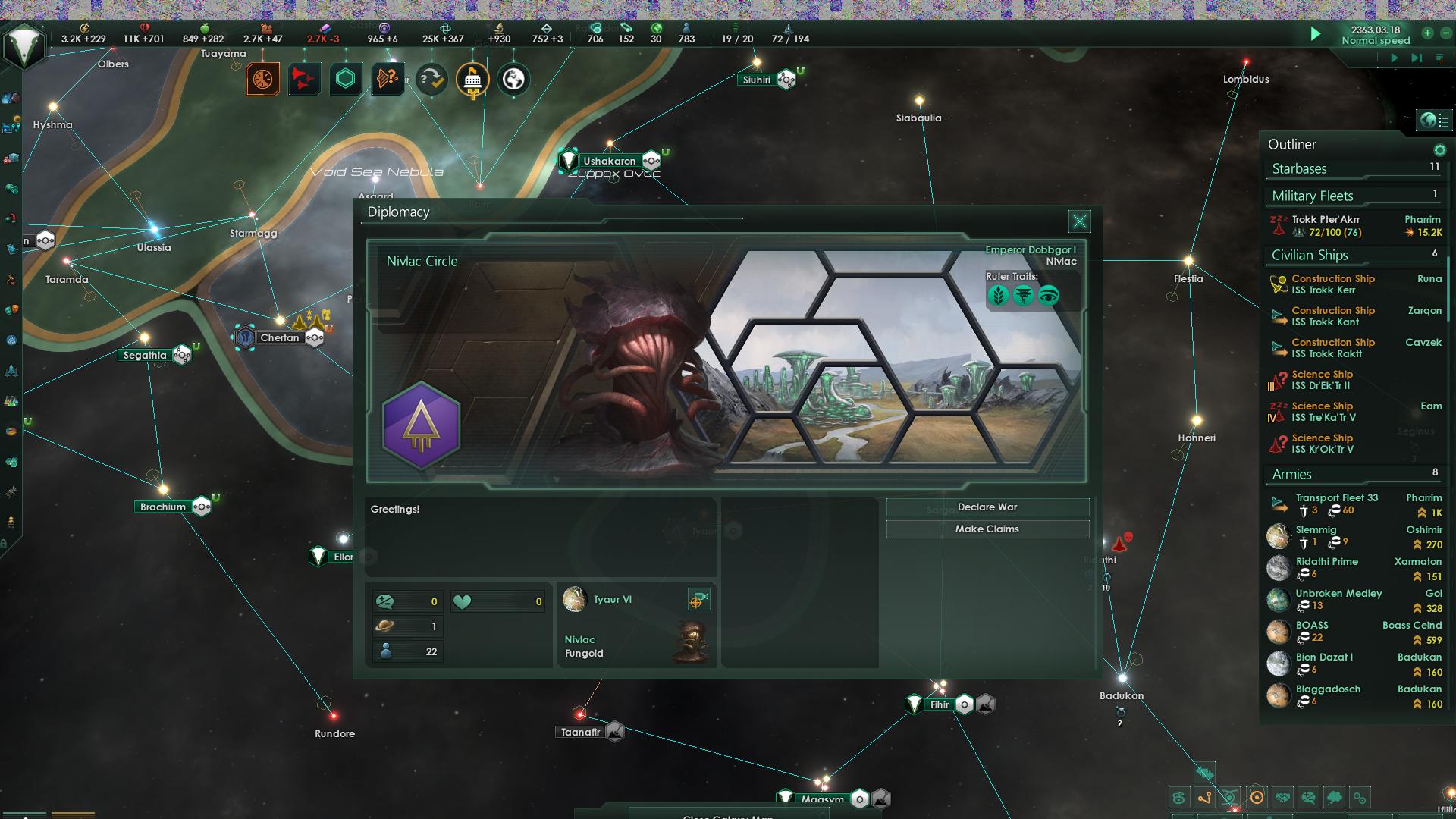 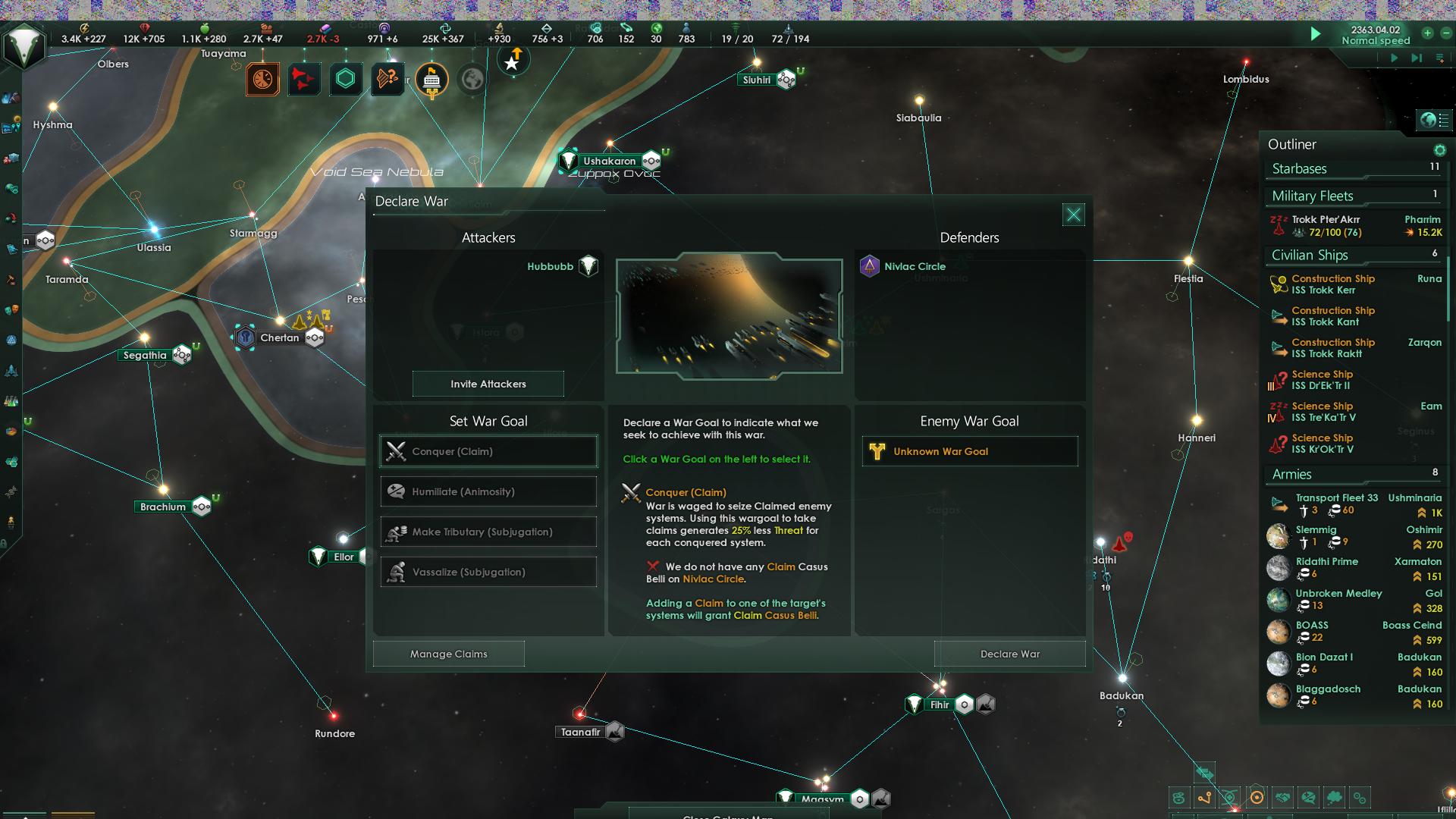 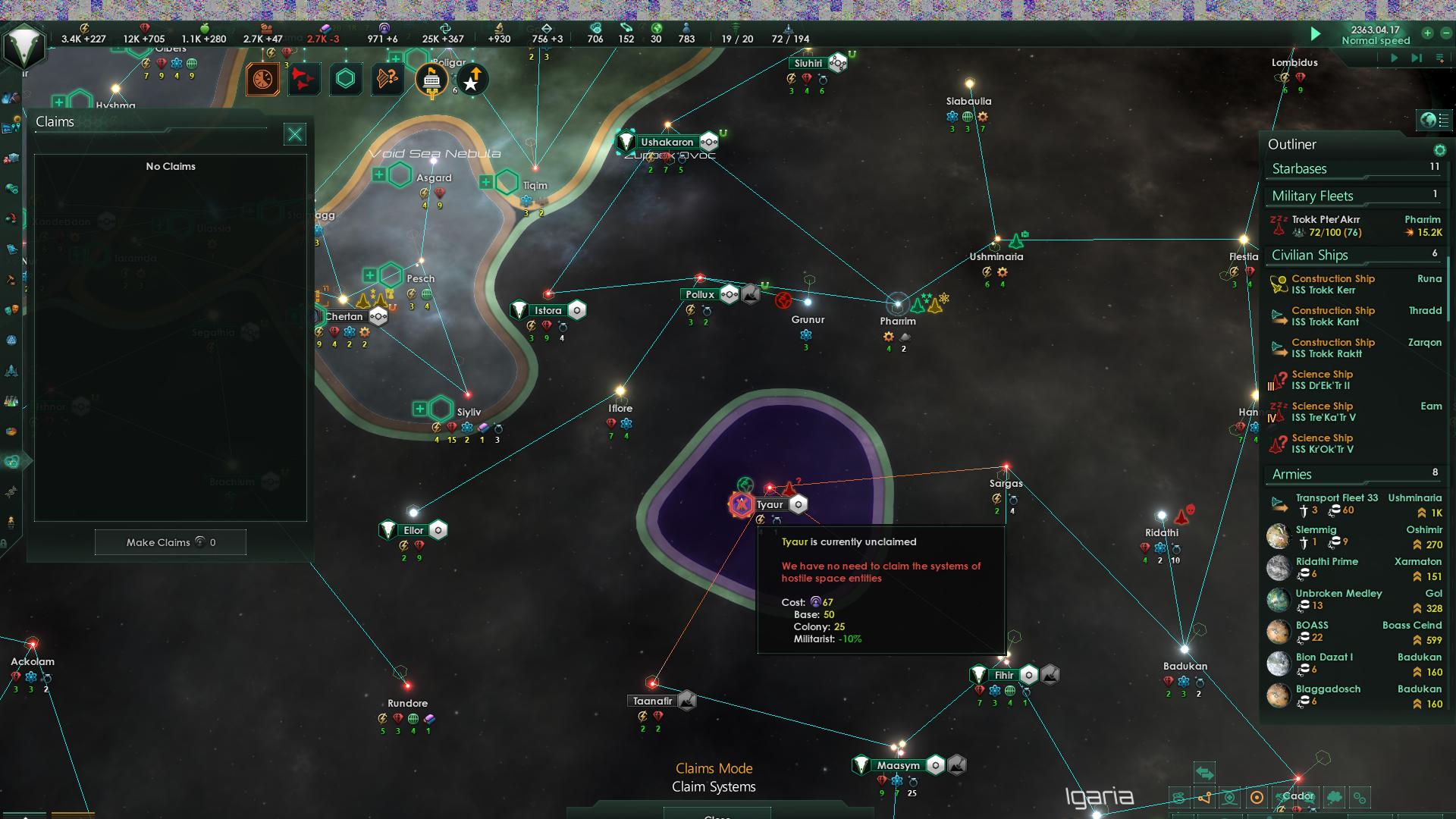 I don't see what I can do from here?

is this intended behavior or is this a bug?

if it's intended behavior, are they intended to be untouchable or is there another mechanic I'm not aware of to be able to declare war on them/otherwise take the system?

Yup, it's a bug. According to this forum post this is from an event that hasn't completed correctly.

There was, or maybe still is, a bug in the event that forms their nation where they "exist" visually but not in the game. The AI for the Nivlac Circle won't do anything, you can't kill them off and you can't attack them.

According to this bug report, you can fix it by altering your save file:

If you edit the save to add ethics, and change the empire "type=nivlacs" to "type=default" it does appear to fix them in-game. Mostly anyways, as they end up as despicable neutrals in that case.