Play older versions of game when a new version is required

I downloaded and installed Mortal Kombat 2.4.0 on Android. When trying to play the game I receive this message: 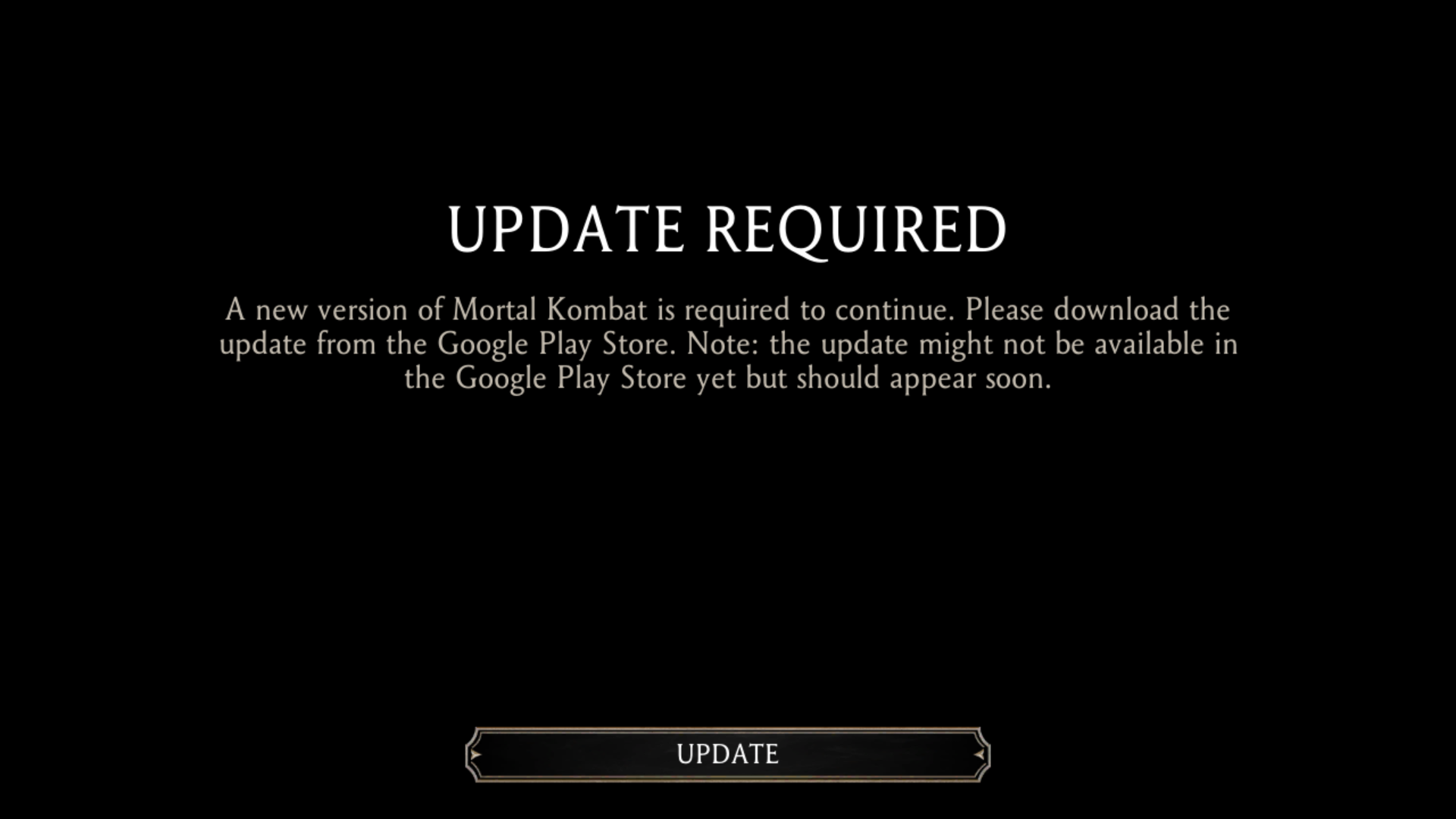 I notice that a new version 2.4.1 is available for Android. Now the question is how can I play 2.4.0 rather than 2.4.1? How can I avoid the mandatory update requirement?

TLDR- Go offline and try to play the game. If this doesn't work and you get some kind of message about having to be online, you have to update the game.

The only way I could think to do this is by turning on airplane mode or essentially going offline and then launching the app. If there is any offline portion of the game it may let you play, although most apps require you to be online now.

If there is no single player aspect of the game, you will have to suck it up and update the app. Even if there is, you may have to update anyways.

The main reasons they force you to update apps are the following:

As a disclaimer, I haven't played the game but this is the general trend that mobile games tend to follow.

Not the answer you're looking for? Browse other questions tagged mortal-kombat-x-mobile or ask your own question.

1
How do I earn new cards in Mortal Kombat X?