Why does the item elevator only worked when oriented north/south?

I made a slight modification to the item elevator outlined in this video - namely, I shifted the redstone ladder after the first block forward one block to minimize the horizontal footprint.

When the redstone ladder is oriented north/south, it works exactly like the one in the video - it's completely silent and will move all items placed in the intake to the top, with nothing remaining. However, when the ladder is oriented east/west, each dropper clicks once with the first item, and an item is left behind in every odd dropper, starting at the third dropper and continuing for the rest of the elevator.

I tested all four orientation of the elevator but only included two in these screenshots. I also tested different signal pulsers and different input/output directions, with the same result. The elevators are identical except for orientation - the one with green wool on top works, the one with red doesn't. The glazed terracotta is pointing north. 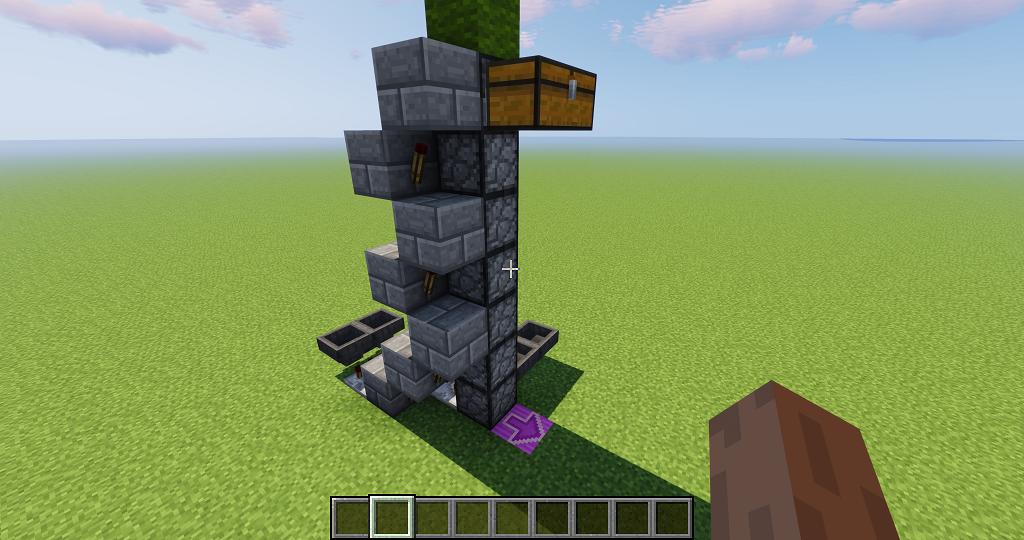 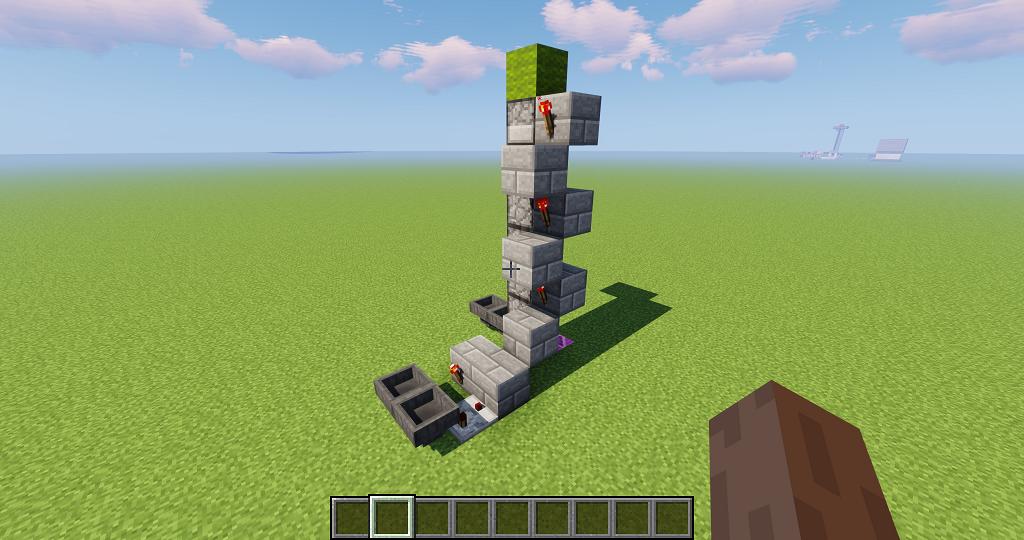 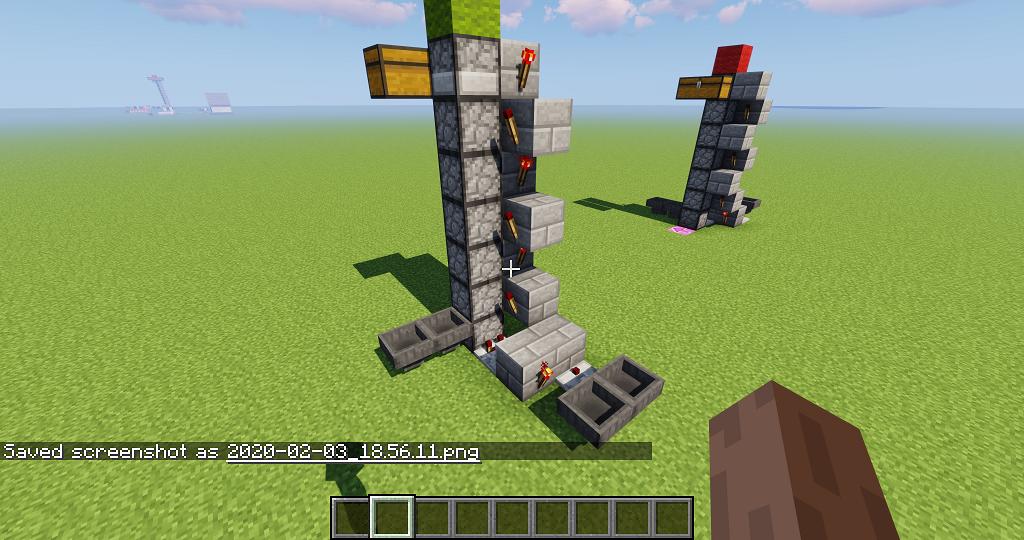 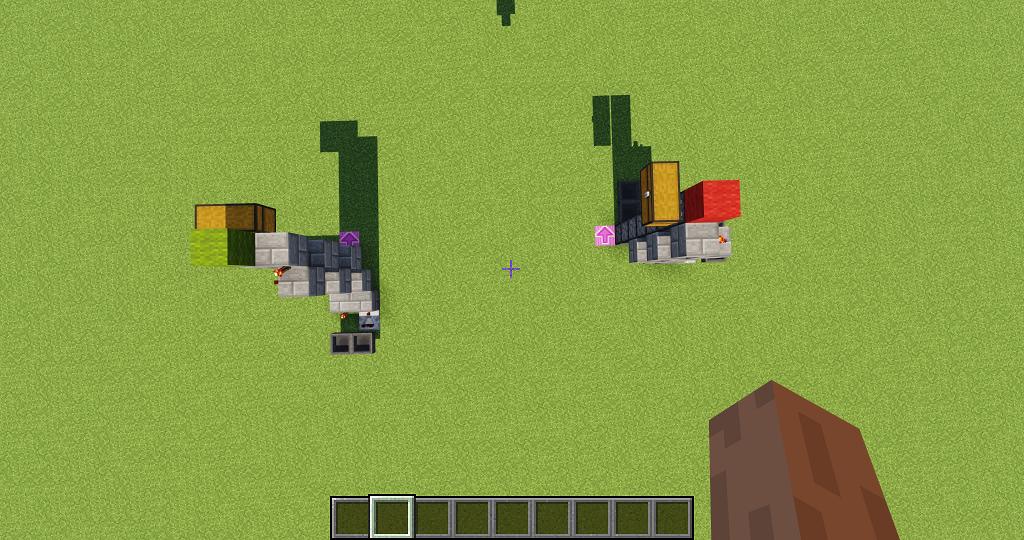 As you might expect, this is due to a bug. Sadly there is a variety of bugs with "directional" redstone and adding blocks to the mix that are affected by QC does not make it any less complicated. So I don't actually know which bug is to blame here and how exactly a workaround would work. You'll just have to experiment and see what works and what doesn't. In the meantime, you can vote for or read some related bug reports:

Some behaviours are also "locational", meaning that they can break if you just move the entire contraption one block to the side. And I've also heard about bugs that only occur in the positive or negative X/Z coordinates. But those kinds of bugs luckily got pretty rare recently.

12
What's the south-east rule in Minecraft?

4
How to power a row of droppers efficiently from side or bottom?
11
Will My Gravel Crusher Work?
0
Dropper redstone bug
3
Why won't this redstone and command block setup work like the other one?
6
Burnt-Out Redstone Torches Re-Ignites Randomly
2
How do I make a block able to be oriented (Minecraft 1.13)
0
Hoppers directed into chests - What happens when the chest is full?
9
How does a redstone pulse generator work?