How to /give a player a named item with Level 10 enchants in Pocket/Bedrock Edition? [duplicate]

I’m building a multiplayer hide-and-seek map, and I want to give seekers an instant-kill weapon named “Boop Stick” (don’t ask).

(note that I’m using a placeholder item in the image) 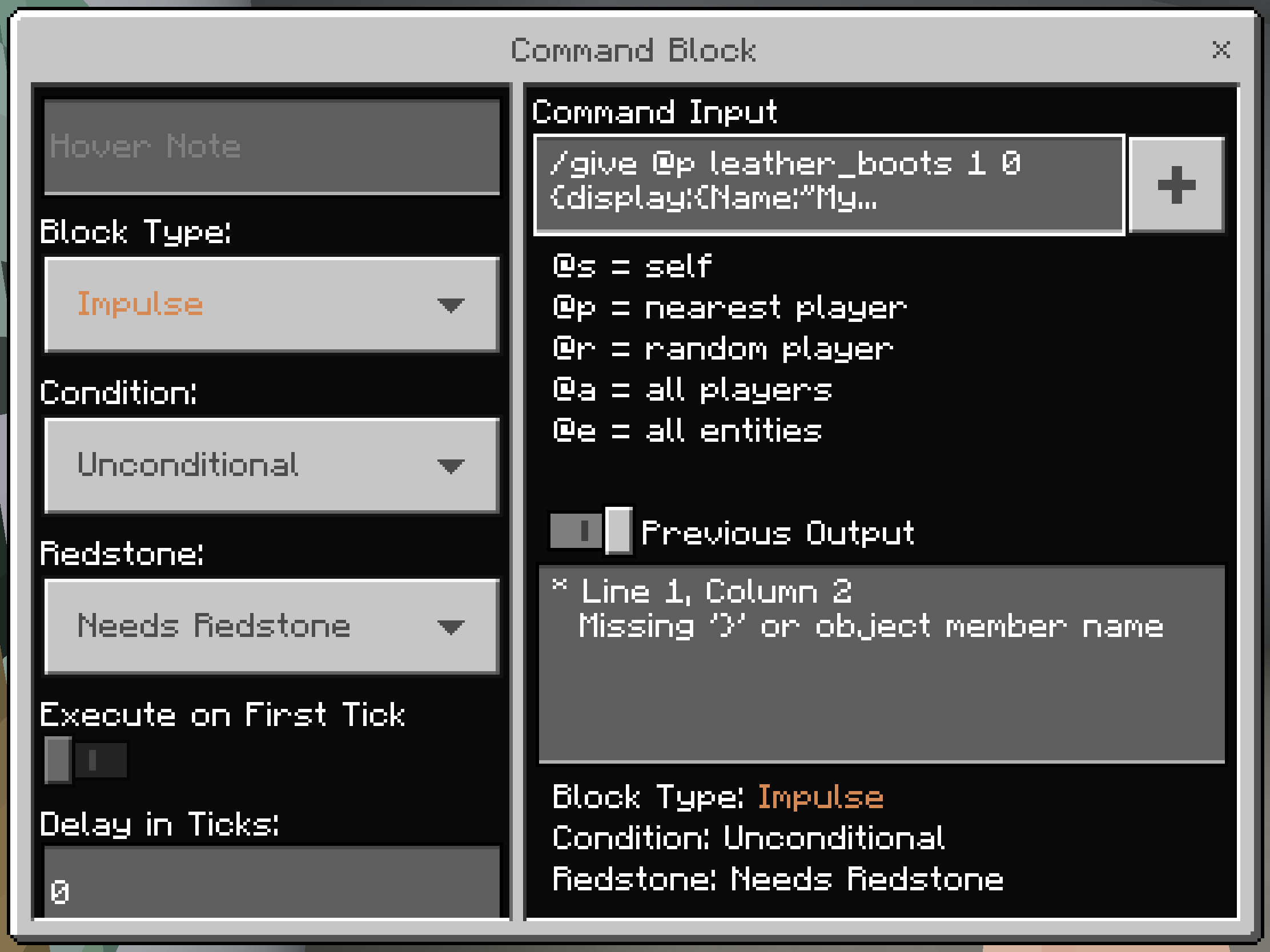 How do I fix this in a compact manner (ie easy to hide the command blocks)?

I've also noticed a problem similar to this when I was trying to do commands to give sticks, wooden pickaxes, and shovels sharpness and knock-back enchantments.

It looks like you're trying to give leather boots a sharpness enchantment which isn't allowed in Bedrock Edition.

I don't think you can, but you can "give" a named/enchanted item by cloning a chest that has the item you want. Store the chest in a safe place and then clone it somewhere nearby the player you wish to give it to.

2
How can I obtain items that exceed their maximum enchantment level?
17
Is it possible to use NBT tags in commands in Minecraft: Bedrock Edition?

2
How can I give players with a level above 200 an effect in Minecraft Bedrock Edition?
6
How do I give a player an item with custom properties?