How to change the direction of a command block chain? 1.15.2+

I need to start a sequence of commands vertically then turn it horizontally (I'm going to end up at bedrock) for a specific server event I'm trying to work on. However none of the tests I've done have worked for turning a redstone signal, and many of them that seemed to work were actually from redstone activations that appeared to work but failed.

An example of what I'm trying to accomplish: 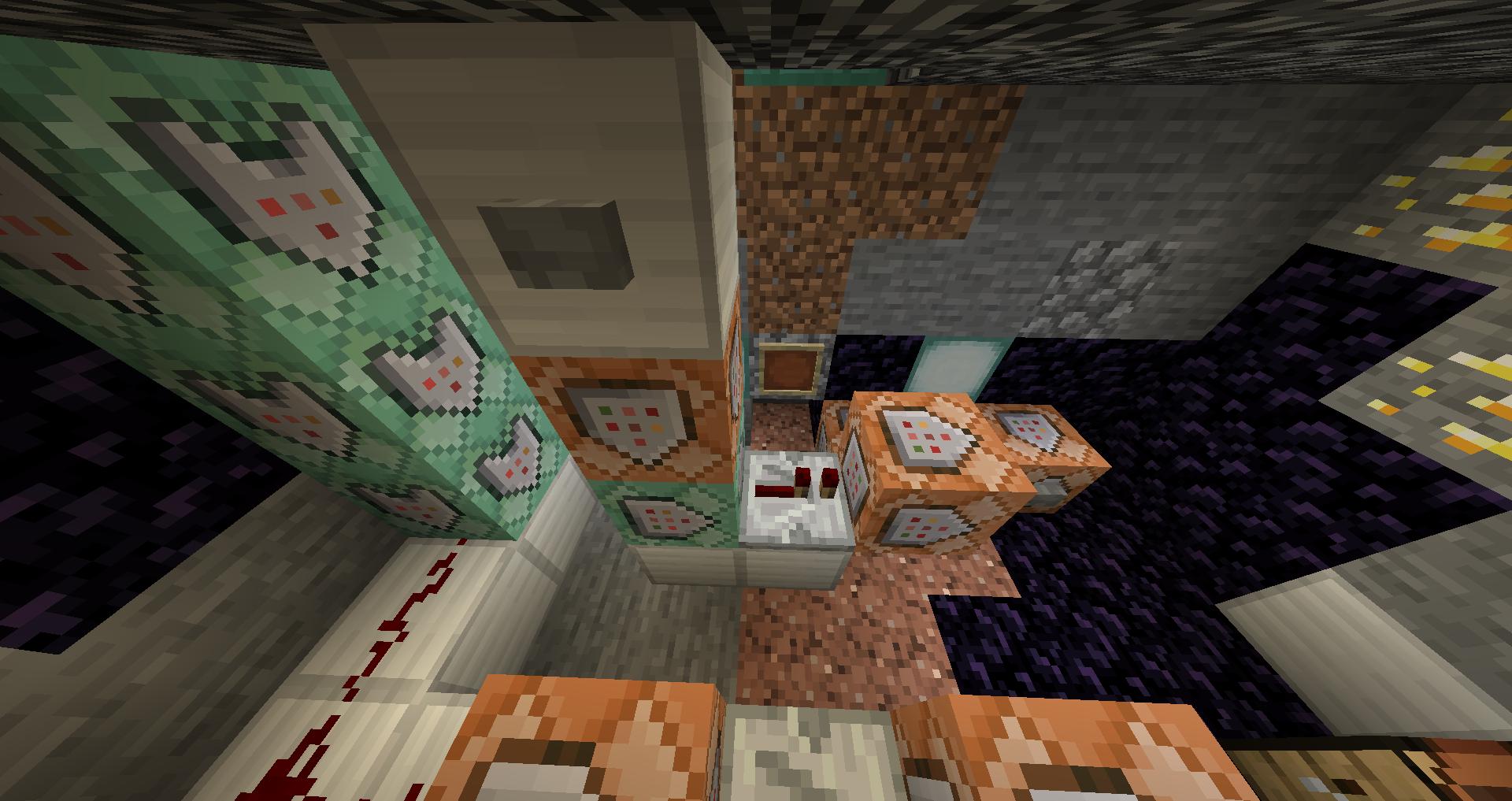 In the center of the image is my testing harness. Each cmd block just runs 1 'say' command. It says "foo" "bar" and the final one should be "caz" but the repeater doesn't work. I've swapped it out for a comparator but that just activates the block immediately and never works again.

Along the side/bottom left of the picture is the actual command block stack I'm trying to pivot. The redstone line will activate both command blocks when powered by a torch, but won't be activated by a successful command block command at the end of the chain.

How can I achieve this pivot?

Command blocks don't forward a redstone signal. You could either put the repeater at the block that you put the button on, or, even better, avoid using so much redstone with command blocks in general.
If you want delays, you can use this: How to delay or slowly loop commands?
If you want conditions, like with comparators, you can use conditional command blocks (or usually just /execute).
You don't even really need any command blocks at all, if you have access to the server files, because functions in a datapack can completely replace them and have additional advantages. 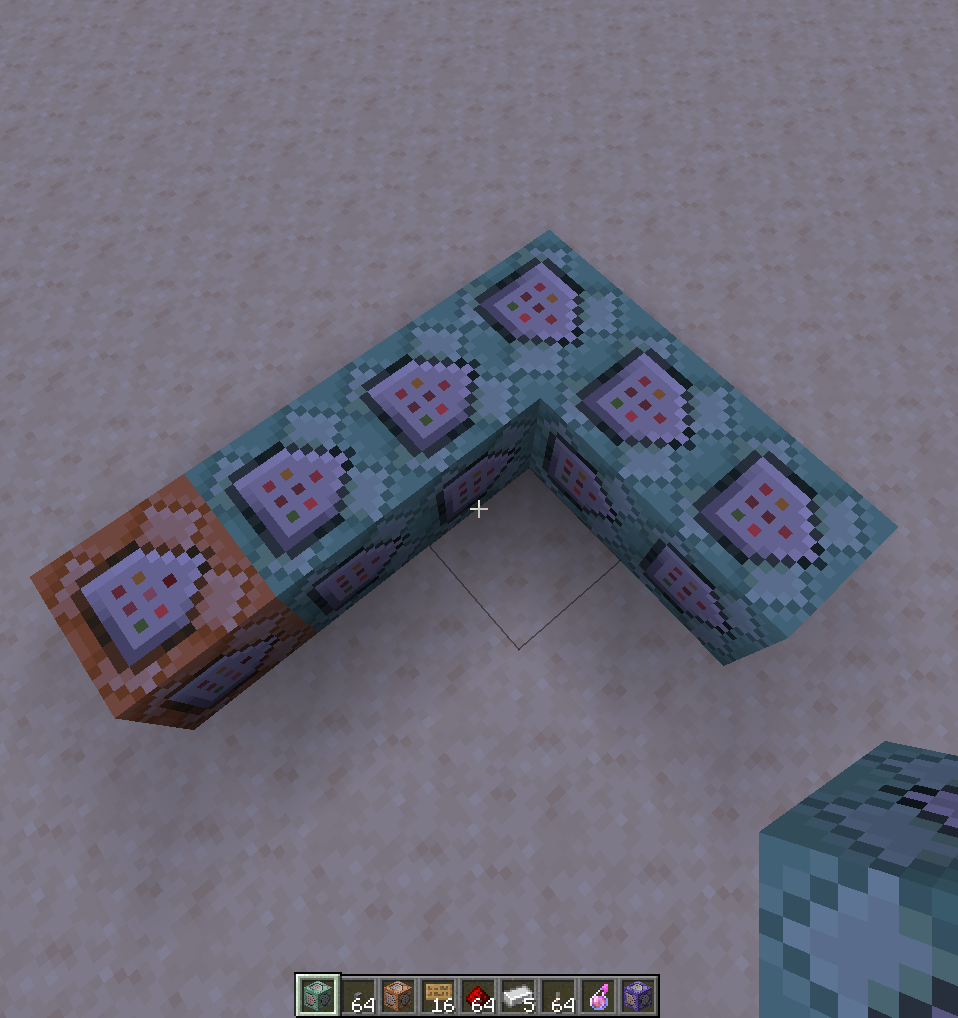 It is important to face the correct direction. Command blocks always point towards you, and if the arrows are pointing in the wrong directions, the command won't run. 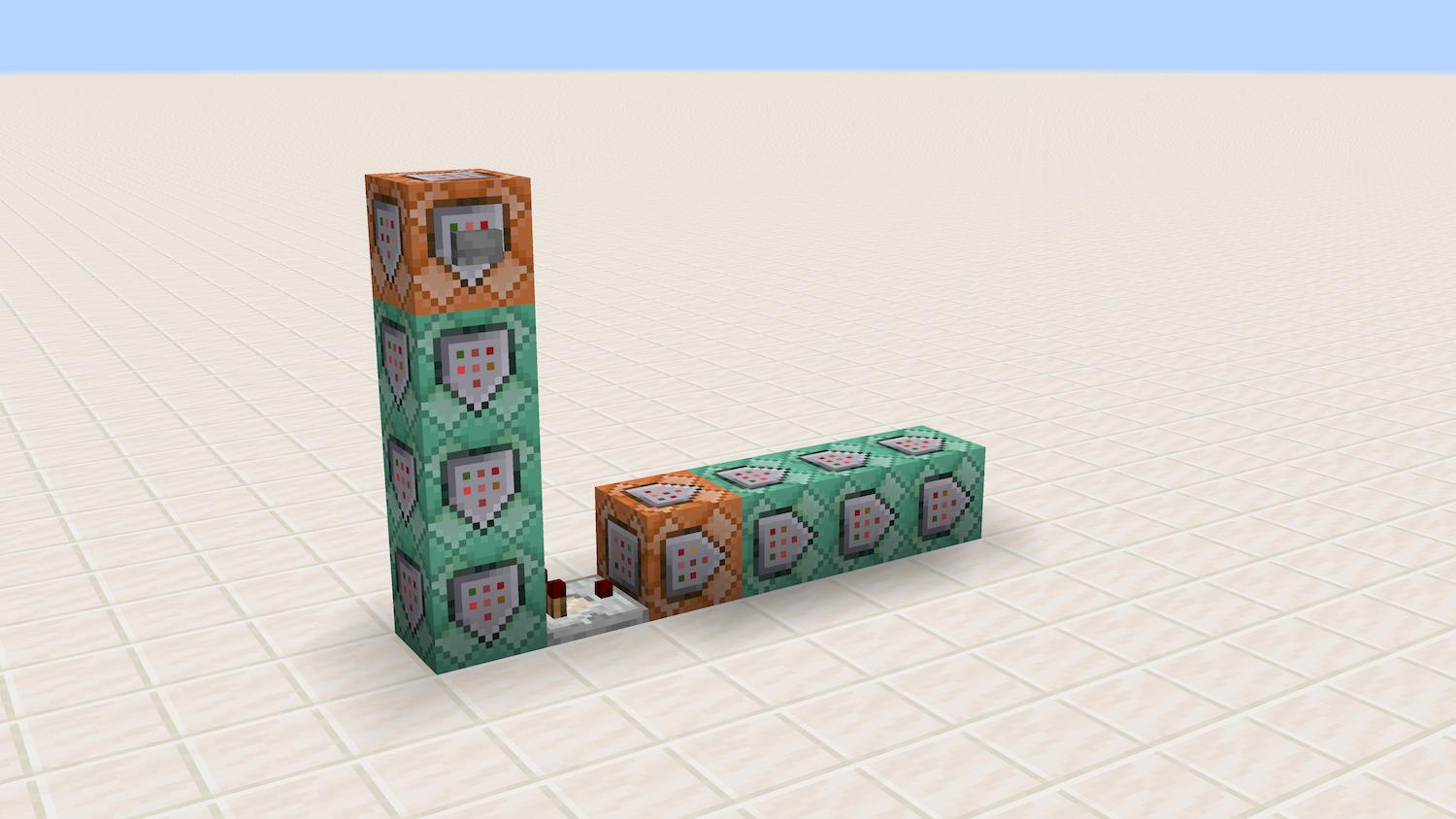 13
How to delay or loop commands?