How do I fix these graphics in Pokemon X using the Citra emulator?

How do I fix this? What is wrong with the game?

I am playing Pokemon X in the Citra emulator. When I was first playing the game in the emulator, (Note : i have gotten really far in the game and this never happened to me.) When i just stepped outside of whatever town you can, idk In, all of a sudden, it just stop responding. When I played the game on the emulator the second time, it showed me those graphics.

I can move, interact with things, and perform other functions, except the the graphics are messed up. 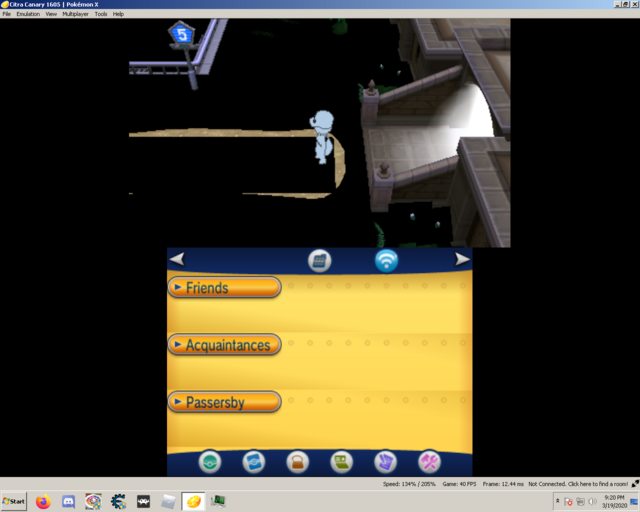 This is mainly a response of that commentary, which is also question answer.

I'm pretty impressed that you were able to run Citra with that type of processor (AMD A6 PRO-7400B R5), as it's recommanded to have a CPU with high single core performance, as said on Citra forum.
Also, there is a CPU rank page about their single core performance, and it's recommended to have at least a score of 1800 on that rank (your CPU has a score of 1381, which is pretty low).

To have test it with 2 computers, the lonely answer that can solve your problem is to change the hardware. As Citra doesn’t really work well with multi-threading, it won't gibe you a good result if your CPU doesn’t have enough performance.

I tested and played at Citra with these 2 specs:

Also, you pointed the RAM limit, from my experience, Citra don't really need some RAM space as I can run other heavy RAM user software (like multiple tabs Chrome), the main limit is the CPU (GPU need to be check a little also, but some low cost graphic cards are able to run Citra games).

I'm really bored that the answer of your question needs you to buy something, but I'd personnaly waited to buy another computer to play at Citra.

Not the answer you're looking for? Browse other questions tagged pokemon-x-y emulation .

6
Is it possible to make memory card loads faster with ePSXe?
5
Is it possible to catch all the Leaf Green Pokemon using a Gameboy emulator?
6
Using Rin-gameboy emulator with VisualBoy Advance
2
How do you load a saved game in FFVI
1
Shiny Starter Pokemon on Fire Red using a GBA Emulator on Android
1
Cheat for Pokemon Emerald causes the game to freeze on the Android GBA Emulator?
0
Will shiny Pokemon appear when playing Pokemon on an emulator?
7
Why can't I rebattle the trainers I could in Pokémon Black and White?
2
How can I evolve trade Pokemon like Kadabra using the VBA Emulator?