Does Animal Crossing: New Horizons have an offensive words filter for the island name?

In the Bridge chatroom, today we had a discussion on whether Animal Crossing: New Horizons would allow the name "Tardanas" (a name that was randomly generated by one of the online name generators) because the name contains an offensive word. Some of us think that the "no offensive words please" message on the name entry screen is just a "scouts honor" thing, but I personally think that it might be blocked, because even though you can only play with friends, there is still the reality of livestreaming and let's plays where these names might show up and Nintendo does not want that kind of publicity.

Does the game have an offensive words filter for the island name?

User discussion of the game online seems to indicate that it does not, or at least that it isn't an especially robust filter: 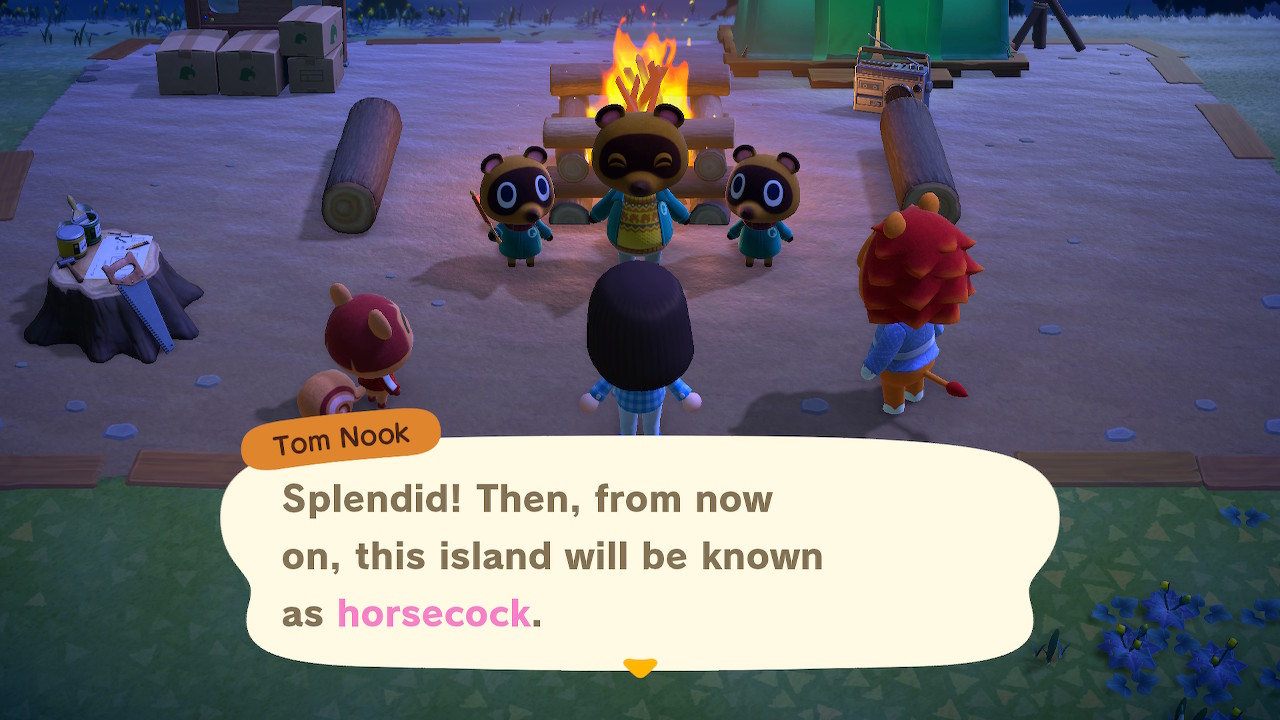 The tweet in question also has replies featuring others' screenshots of names one would expect a language filter to catch.

It is for sure locked. Nintendo doesnt fuck around on these since this word can be seen online.

EDIT: For a good 20 years now Nintendo has had a 'bad word filter' for any first party game that asks you to put in text. So it would not be a big jump to assume that there is one in Animal Crossing too.

Not the answer you're looking for? Browse other questions tagged animal-crossing-new-horizons or ask your own question.