How are Half-Life 2 and Half-Life: Alyx timelines connected?

If you don't know the end of Half-Life: Alyx, stop reading.

At the end Half-Life: Alyx, we see how

this story converges with Half-Life: Episode 2, Alyx is taken away by the G-Man and her father lives again.

All the info I was able to find is related to that part of the game, but how is this new story connected with Half-Life 2?

Alyx find Gordon Freeman after he arrives to City 17? Why does she not remember what happened during the prequel and joins Gordon on his journey?

What are the interactions with the other characters?

Eli and Russell should be expecting Alyx to return from the Vault.

How is this new story connected with Half-Life 2?

Half-Life: Alyx takes place after Half-Life and 5 years before Half-Life 2. In the game, we learn about G-Man's imprisonment, possibly explaining Freeman's extended 'leave' of the almost 20 years that bridge that gap. It refers to the planned-but-never-released Episode 3, offering an alternate timeline to the Episode 2 climax.

How can Alyx find Gordon Freeman after he arrives to City 17?

In Half-Life 2, Alyx finds Gordon by accident. That is, to their surprise, as it certainly must have been the G-Man who orchestrated it this way: after all, Barney Calhoun is at that very moment working undercover as a Civil Protection agent at the City 17 Trainstation, and able to help the mute physicist to elude the Combine. After Barney's conversation with Dr. Isaac Kleiner, Alyx must have picked up on the fact that the legendary Gordon Freeman has finally arrived, and decided to go meet him.
Initially, her enthusiasm could be explained by Gordon's status, but now, in the light of this new Half-Life instalment, it could mean the G-Man was behind this encounter all the time.

Why does Alyx not remember what happened during the prequel and joins Gordon on his journey?

Since at the moment no canonical information is available on this matter, we can only speculate. There are multiple potential explanations for this, and I think the one that is most reasonable, ultimately, is the one that permits Valve the highest level of creative freedom1:

What are the interactions with the other characters? They should be expecting Alyx to return from the Vault.

Remember, Half-Life: Alyx takes place 5 years before the events in Half-Life 2, and we never see Alyx return from the Vault. After Alyx's ending, the next time we'll encounter her is when she saves Gordon from the Metro Cops in City 17.

What's most interesting to me - I came to realize while writing this - is why the G-Man tells Alyx that he has become dissatisfied with the performance of what is presumably Gordon:

"A previous hire [here the G-Man conjures a crowbar into his right hand] has been unable, or unwilling, to perform the tasks laid before him. We have struggled to find a suitable replacement"

This is remarkable, because the last thing we see in Half-Life, the game that precedes Alyx in time, is the arrangement Gordon makes with the G-Man to start working for the G-Man's employers. At least, that was considered the canonical ending, and the premise that Half-Life 2 builds on. 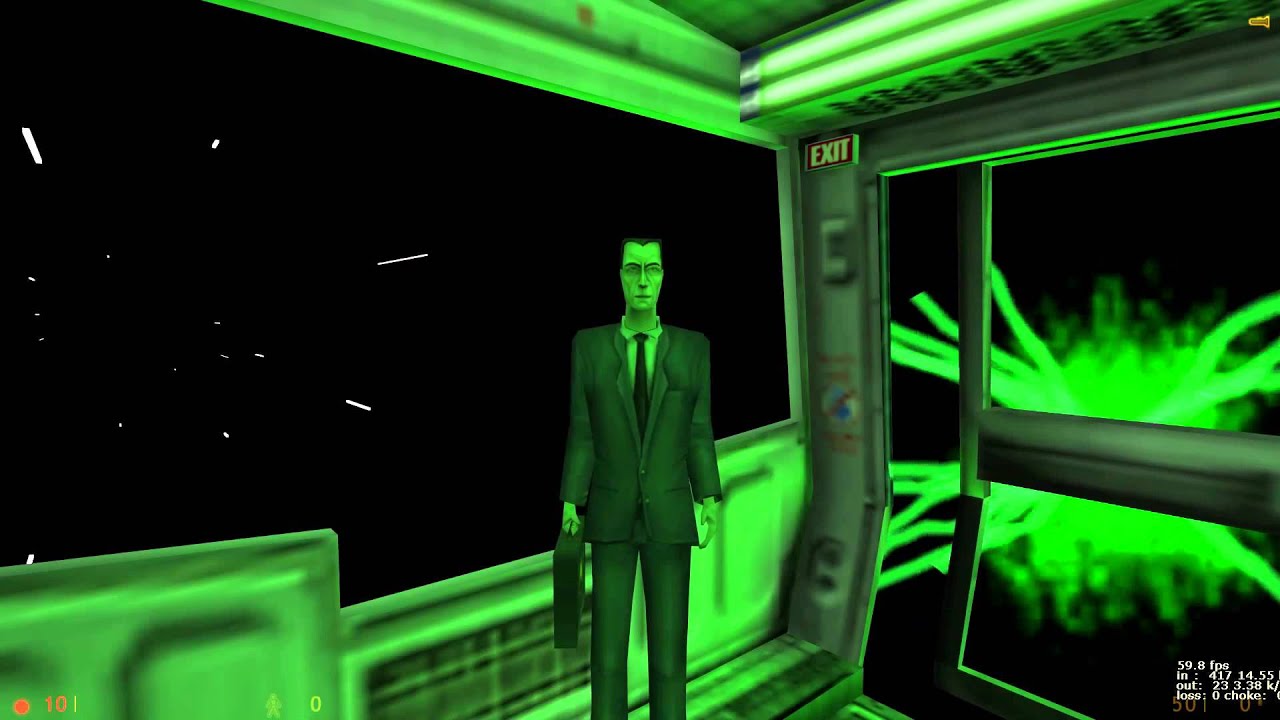 Taking this into consideration, Half-Life: Alyx might actually take place after Gordon's refusal of the offer, and his subsequent teleportation to an area full of Grunts (whence he could have been saved by Vortigaunts).

But is the G-Man actually talking about Gordon? We briefly see him appearing behind the G-Man to take over the crowbar he's holding, but why would he pick it up if the G-Man is displeased with his work? Does this suggest a third agent, active in the time between Half-Life and Half-Life: Alyx, who had complicity in the imprisonment of the G-Man?

1: See also this article. It explains why Episode 3 was never made, and the gist of it is that Valve claims they want to create revolutionary content, in which creativity in writing and storytelling seems to dominate, whereas their episodic model felt like they were pushing out run-of-the-mill material.
2: The Resonance Cascade - a 'quantum event' - caused the first game's Black Mesa incident, which lead to the Seven Hour War. The bulk of Half-Life 2's playtime is caused by a faulty transporter. Half-Life: Uplink takes place in an alternate timeline. It is well-known that the Portal series takes place in the same universe - titles which hinge on the manipulation of time and space. Apart from the G-Man, we have seen how the Vortigaunts are equally capable of pulling in and out of space-time, as they were able to rescue both Gordon and Alyx from the clutches of the 'interdimensional bureacrat'. Taking into consideration the out-of-universe explanation, Half-Life: Alyx's plot could just be a very smart way for Valve to right their wrongs and simultaneously introduce us to an even grander overall story arc and more dramatic gameplay changes.

The HL 2 series and HL Alyx don't share the exact same timeline, where the narrative of HL Alyx continues onto the HL 2 series, logically because Eli Vance inevitably dies in HL 2 Ep2 but is saved in HL Alyx in the future, also because Alyx is kept in stasis in the end 'awaiting' an 'assignment'. As you pointed out, it doesn't make sense that she returns to Earth before the events of HL 2 to find Gordon Freeman without knowing what happened in the prequel, unless the events in the prequel never happened. But I like to think that HL Alyx and its sequels provide a separate timeline created by G-man and whatever happens in the future can be subject to change, just like the ending of HL 2 where a new timeline is technically created when Alyx and Gordon are rescued from the explosion of the citadel. It should be clarified by Valve in the next installment in the half life series but all we can do is assume what happens after Alyx is 'hired' and how she actually disappears from the alternate ending of HL 2 Ep2, which assumes all events in the HL 2 series took place normally until the end.

Not the answer you're looking for? Browse other questions tagged half-life-series or ask your own question.

63
What are the connections between Portal series plot and Half-Life series plot?
10
History of Half-Life Science
43
Who is the mysterious G-man in the Half-Life series?
10
How to pass the "dark zombie garage" in Half-Life 2: Episode One?
6
Gordon Freeman runs way too slowly!
5
How do I import a Half-Life save into Half-Life: Source?
7
Half-Life 2D - How do I install it?