What determines a Pokemon's Hidden Power type in Pokemon Go?

Are there any characteristics that determine a Pokemon's Hidden Power type in Pokemon Go, and if so, what are they?

In the mainstream Pokemon games, it was determined by the IVs. However, I suspect that either this is no longer the case, or other factors are in play. A Solosis I had caught had Hidden Power Poison on capture, but it learnt Hidden Power Dark when it evolved into Reuniclus. The IVs were 15 Atk / 12 Def / 12 Sta in both forms, and I did not trade it to reset the IVs. 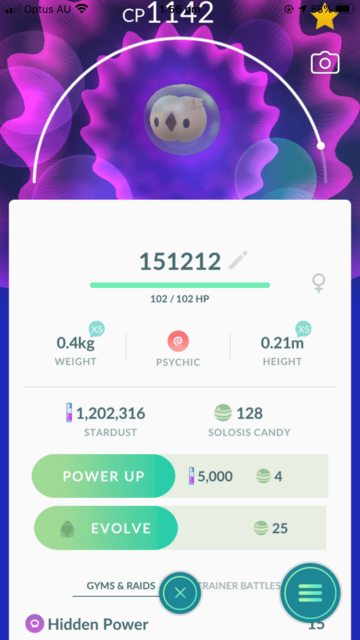 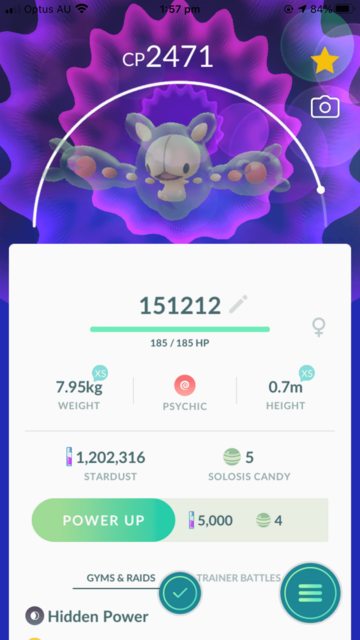 In Pokémon Go, as far as anyone can tell, it's random, likely determined when you click on the Pokémon like other aspects (CP, for example). The Silph Road doesn't seem to have done an explicit research task on it, that I can see; on the site there are threads on the that discuss it, always coming to the same conclusion without explicit evidence. Gamepress.gg apparently had an article about it, but the page doesn't exist anymore (even on the Wayback machine, oddly).

When you evolve a Pokémon with Hidden Power, that hidden power could change in type (it'll be rerolled, so it will probably change).

4
What decides the type of Hidden Power a Pokemon uses?

35
In Pokemon GO, what are my Pokemon's hidden IV stats, and why do they matter?
6
Pokemon Go attack bonus for two type pokemon
4
How do IVs affect a Pokemon's combat in Pokemon Go?
11
How does the changing of weather affect Pokemon that have already spawned?
3
IV determination using CP for Pokemon in the wild