Cut redstone circuit when a signal is sent

I have a simple thing to do : whenever a minecart is on a Detector rail it triggers a piston to block it, and when another signal is thrown by any source, the redstone circuit is cut and the piston turns off and liberates the minecart

Here is an image of what I started : 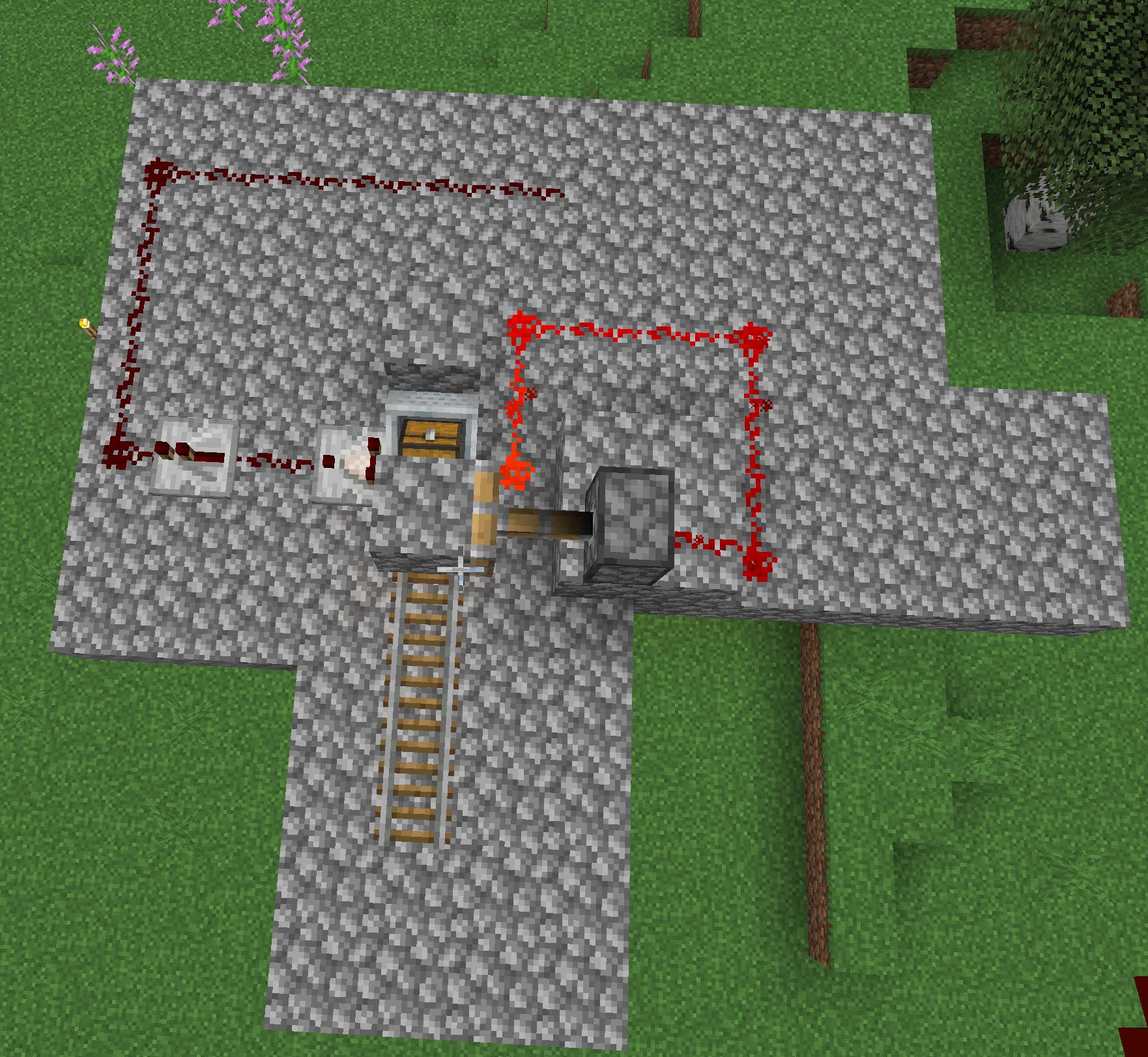 Thanks you very much!

I created a solution, using the detector rail to put out a redstone torch which then allows a second redstone torch to power some dust which powers the smooth stone which powers a sticky piston attached to the rail blocking it. Then, we can just power the second torch to allow it to go again. Attached below are some screenshots. 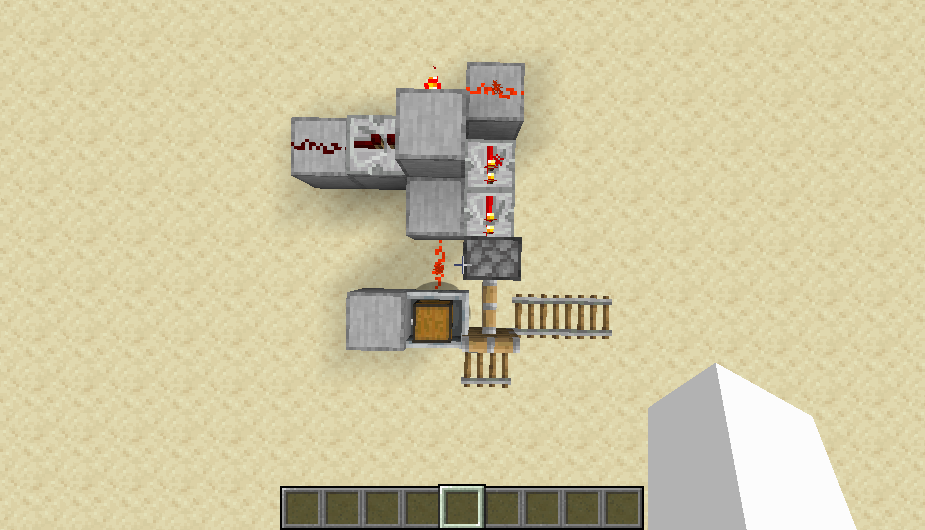 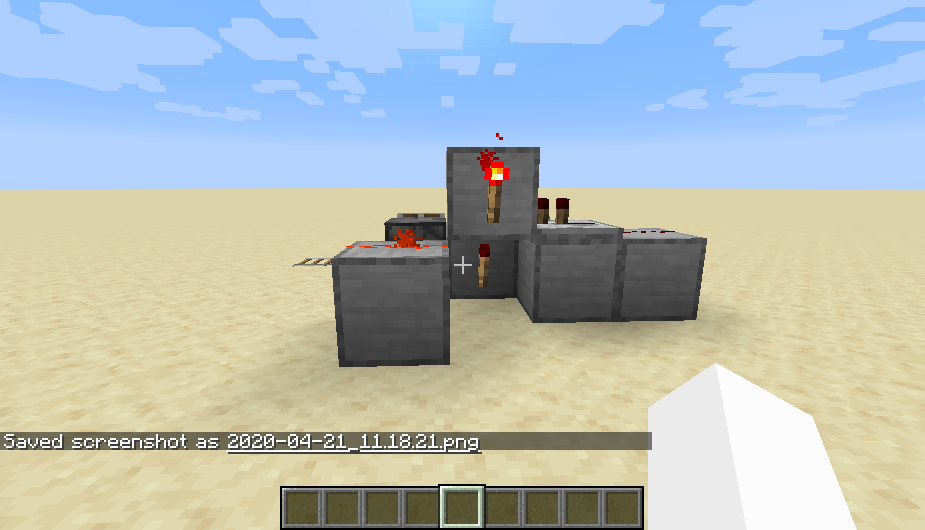 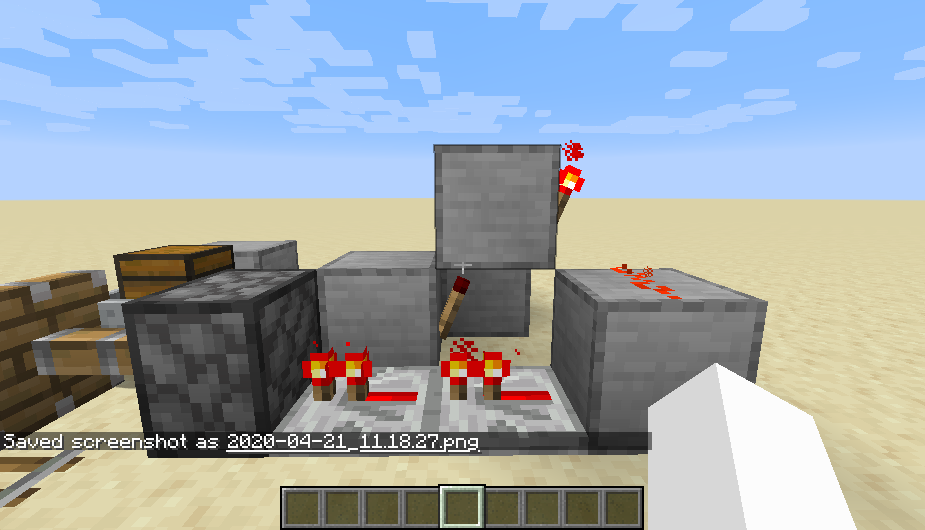 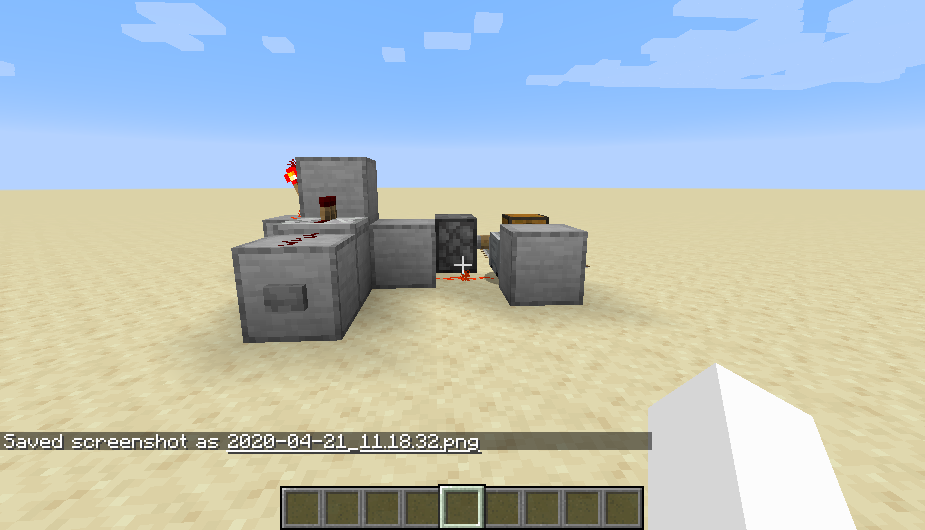 If you have two inputs and one output, it's often useful to make a logic table:

Since the most common AND gate in Minecraft inverts both inputs, uses redstone dust to check if either is on (an OR gate) and then inverts the signal again, you basically just need to build the regular AND gate with one redstone torch less: 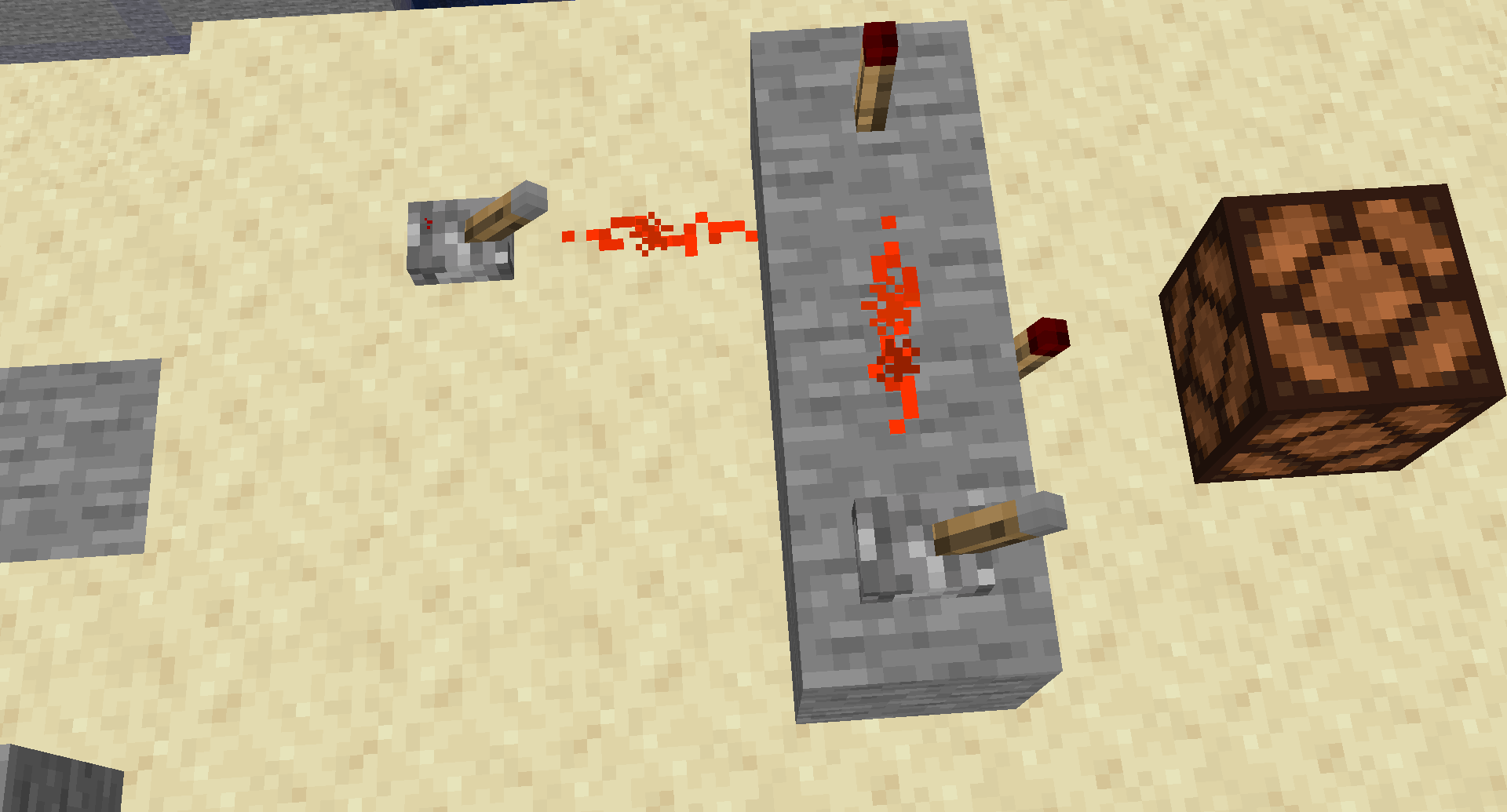 The top left lever is your detector rail input, the bottom middle one is your "release" signal. The lamp only turns on (the piston extends) if there is an input from the top right (minecart on track) and no bottom middle input (release signal). This should also be a more "sane" behaviour than the XOR gate, which would have extended the piston on the release signal if there was no minecart on the track.

In your situation probably the easiest option will be to use a comparator in subtraction mode. 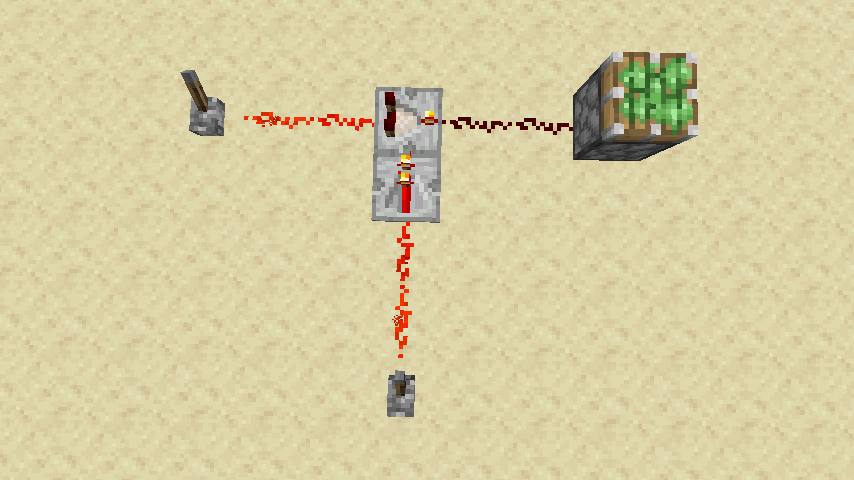 The signal will pass through the comparator unaffected, with only minimal delay, if there's no signal from the side. In presence of the side signal, its strength (thanks to use of repeater, the maximum, 15) is subtracted, leaving 0 on output. Depending on geometry (distance of the comparator from the rail, distance of the 'departure' signal source) you may be able to skip the repeater.

6
How can I get this redstone blast door to do what I want?
2
Perfect test for uninterrupted redstone signal of a certain length?
1
Send a redstone pulse when a circuit turns off?
3
Toggle redstone circuit
1
How can I make a power rail inactive when it's next to an active one?
3
Why does this rising-edge detector fail when connected to this t flip-flop?
2
How can I make an empty cart make scheduled stops without changing elevation?
9
How does a redstone pulse generator work?
2
How can I activate a piston only for a few seconds when the the daylight sensor activates?