Are dead or unconscious enemies part of the Neural Network?

Verge gains +5 Aim and +10 Critical Chance for each enemy in the Neutral Network.

This seems like a nice ability, but in my experience you normally won't have more than 2 living enemies in the neural network. Due to this the bonus it normally gives (at least to Aim) will be fairly small. On the other hand, if dead or unconscious enemies are still considered to be part of the Neural Network, then that's a different story entirely. So before I decide which ability I want to grab for this promotion, it would be nice to know which enemies will actually grant the bonus. I'm playing on Ironman, so I can't just do a save and reload to figure this out without locking myself into one of the abilities first. 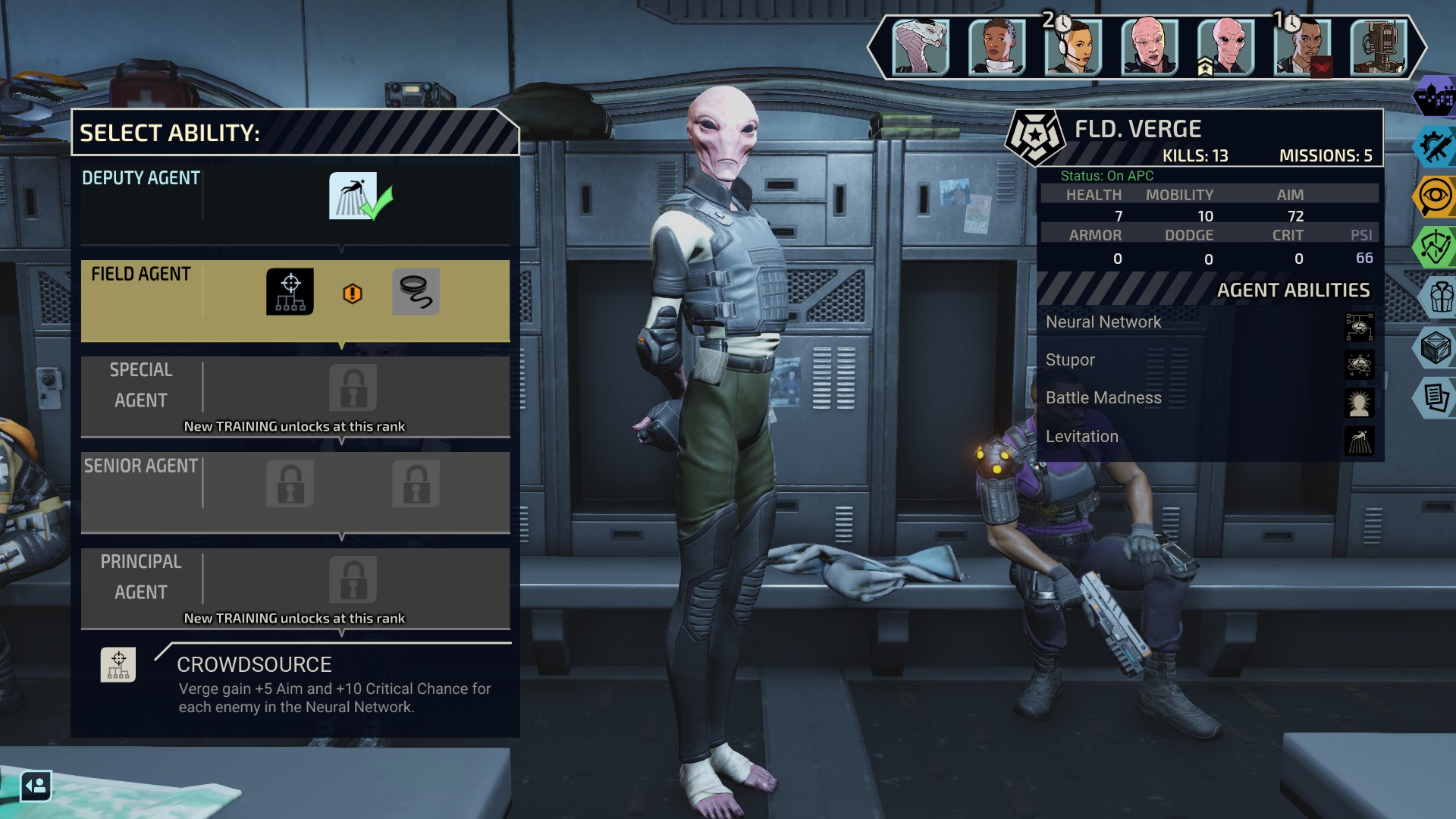 Are dead or unconscious enemies part of the Neural Network for the purposes of the Crowdsource bonus?

Unconscious enemies still count as part of your Neural Network but dead enemies will lose their tether.

Not the answer you're looking for? Browse other questions tagged xcom-chimera-squad or ask your own question.

3
Does subduing enemies give the same experience as killing them?