Redstone circuit that activates from two inputs, but only requires one input to stay on

I want to build a circuit that has a single output from two inputs. The output can be activated when both inputs are true, but once activated it will maintain its state while either input is true. Only once BOTH are false does the output turn false.

My use case for this is a button-activated chest unloader. When the button is pressed, it will empty the chest until the chest is empty. Then it will deactivate.

What I tried to do was a logic gate input into a T Flip Flop gate that looked like:

This almost works, but there's undesired behavior like manually emptying the chest toggles it, or pressing the button a second time will toggle it off.

When I read the question, I quickly thought that a memory cell could be involved somewhere in the solution. But actually, a memory cell (with one input inverted) is already all you need! 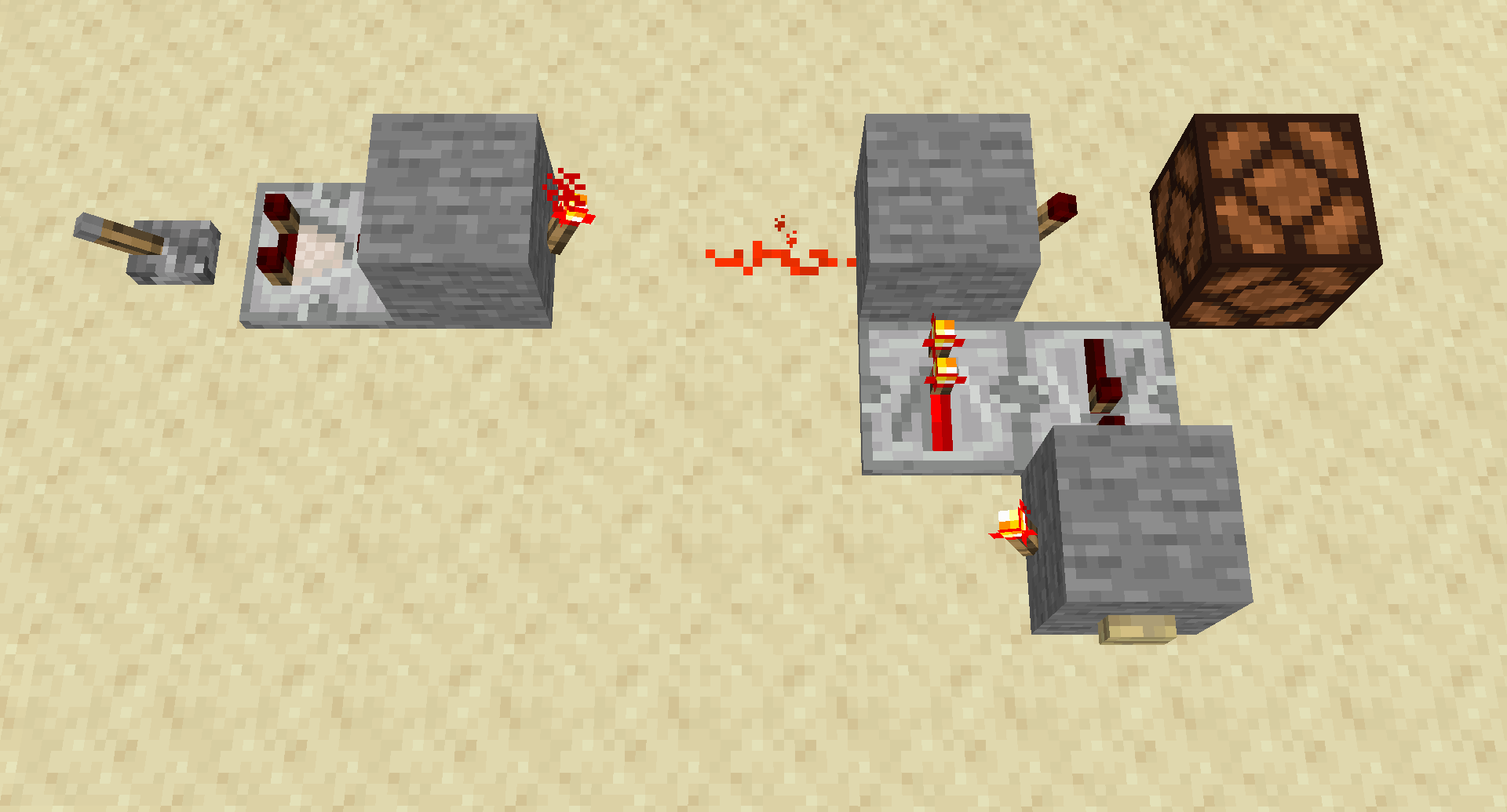 Imagine that the comparator comes from your minecart and the button is just your button. The redstone lamp is the output for emptying the minecart.

When the minecart arrives with items, it turns on the comparator, which turns off the redstone lamp on the left and the redstone dust. Nothing else happens, because the memory cell still holds its state, that's the point of a memory cell.

When you now press the button, the bottom redstone torch and the left repeater turn off, which allows the top right redstone torch to turn on (since it's also not deactivated by the redstone line anymore), which turns on the output and the repeater on the right.

When the button input ends, the bottom redstone torch still does not turn on, because the right repeater is still on. Again, what a memory cell is supposed to do.

Let's re-frame the problem a bit. What you're really looking for is a garbage disposer, which has a button for turning it on, and an auto off feature when it's disposed of all the items. A T-Flip Flop is not the best thing for this, as it has only a single input.

I would use use a RS-Nor Latch in this case. You can keep the reset line high whenever the chest is empty (simple not gate), meaning that pressing the on button won't even do anything. When the chest has any items, the reset line will be low, and sending the set line high (by pressing the button) will trigger the latch output to go high, initiating the garbage disposal process.

Here's an example of something that would work.

By replicating this gate system in minecraft and replacing the inputs/outputs you should be good to go. 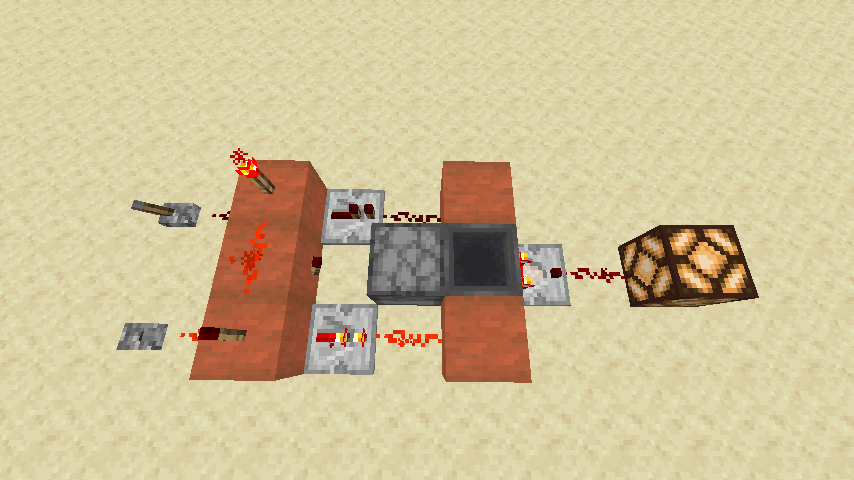 Hopper pointed into dropper, dropper into hopper, one non-stackable item in the dropper. You can skip one set of repeater-dust-block if you want to give only one of the inputs the ability to keep the output active.

From logic point, that's an AND gate and an RS latch with negated R input (absence of signal at R resets.)