Why is Minecraft not updating?

I updated my Xbox recently, and I got version 1.14.60 of Minecraft: Bedrock Edition. I checked my updates so I could get version 1.15 / 1.16, and it wasn't there.
Is the Nether Update not on Xbox? Or is my Xbox being weird? 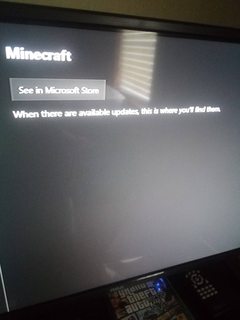 1.14.60 is currently the latest (production release) version of the Bedrock Edition, and was released on April 15, 2020.
Here is a list of all versions of Minecraft Bedrock.

The full Nether Update (version 1.16) has yet to be released for both Java and Bedrock editions (see here). No release date has been given.

The Nether Update is available as beta release, however, which was released on March 16, 2020. You can follow this link to sign up for the beta.
This corresponds with version 1.16.0.51.

The Nether Update is not yet available for Bedrock edition.

4
What's a nether reactor?
2
After updating Minecraft: Pocket Edition, there isn't any mobs spawning
4
How to add server in Minecraft 1.12.2 in Xbox One?
2
How do i transfer my world save from minecraft ps3 edition to minecraft for windows 10 (Bedrock edition)?
1
Cross Play Minecraft between xbox 360 and ps4
3
How to play Minecraft PS4 edition after updating to Bedrock edition?
1
My sister and I keep switching skins in minecraft!
0
resource pack not not showing up
2
How do I get an older version of Minecraft Bedrock Edition?