How to make this redstone circuit that displays a Minecraft creeper face using pistons if the lever is set to its on position thinner?

I've made a redstone circuit that displays a Minecraft creeper face using pistons if the lever is set to its on position, but would like the circuit to be thinner. I've tried such methods as using more redstone repeaters and changing some paths of the redstone wire, but none of the methods I've tried have worked. Here's a screenshot I took to show what the redstone circuit looks like (Please note the redstone runs underneath the block the lever is on for three blocks in a straight line, and I'm using Minecraft: Wii U Edition on a real Wii U, to help you help me here further): 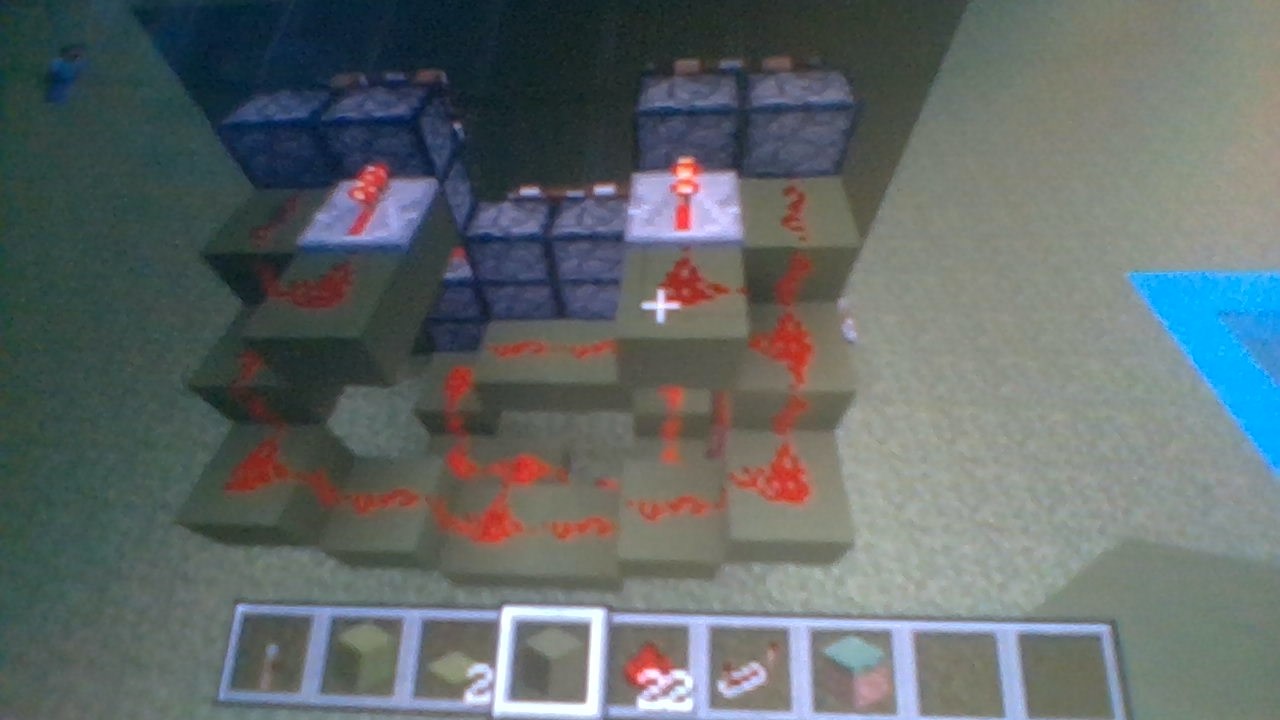 I forgot to mention the lever must be in the same position, the redstone must be hidden under the lever, the contraption must look the same from the front, the mechanism must be able to be hidden by putting full height blocks around it. Also, you don't have to use the same exact same blocks as me, however; the creeper face uses Green Concrete.

1-wide solution; heavy use of quasi-connectivity and block-dropping so not completely sure if it works on Legacy Console. 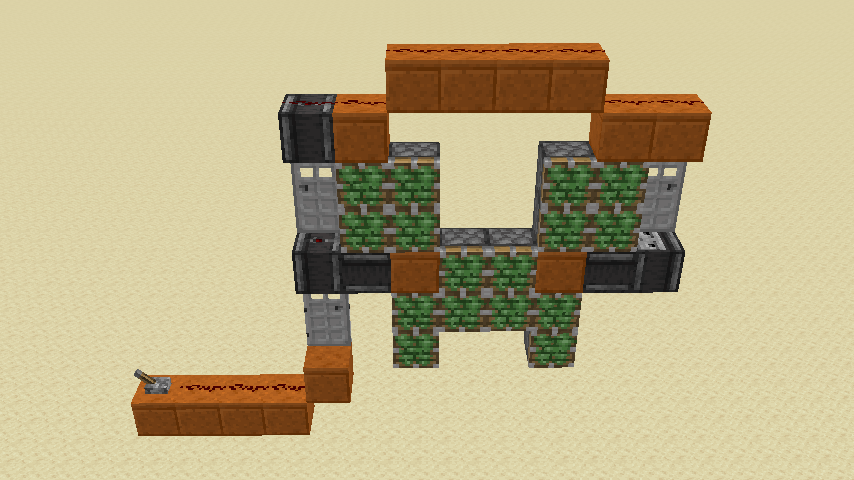 Simplified solution with input from above: 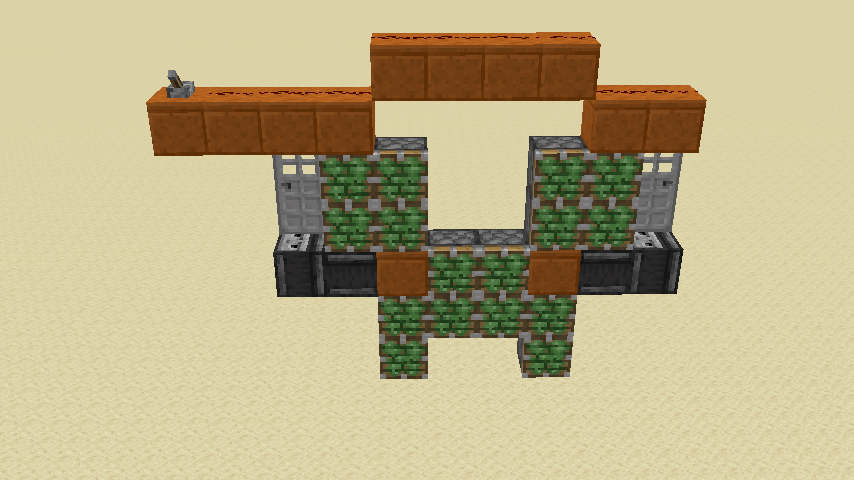 Also even more compact, but slower and/or more expensive solutions: 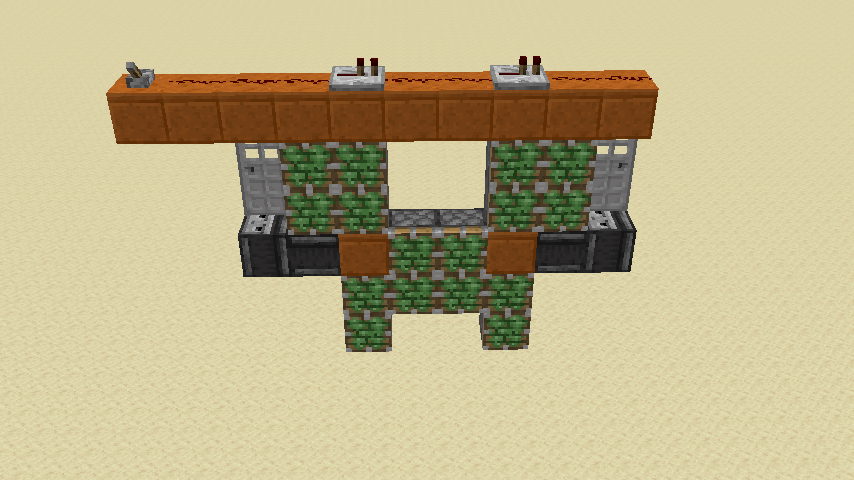 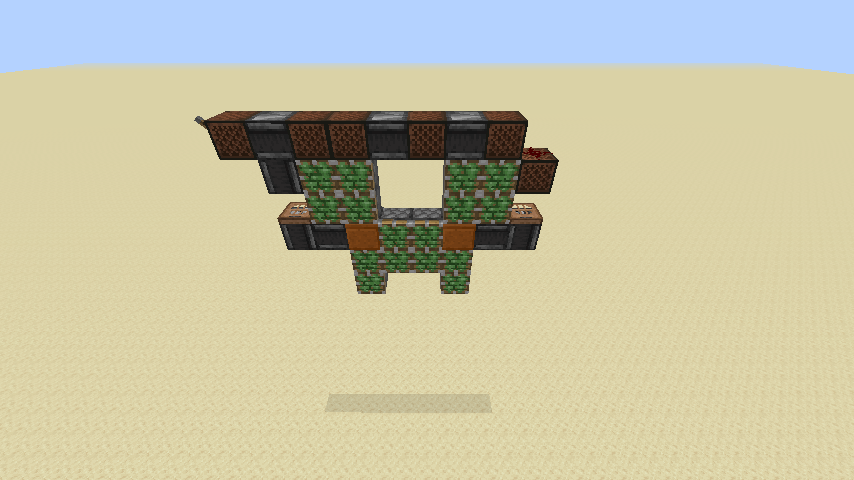 and a 2-thick version that fully fits within the footprint: 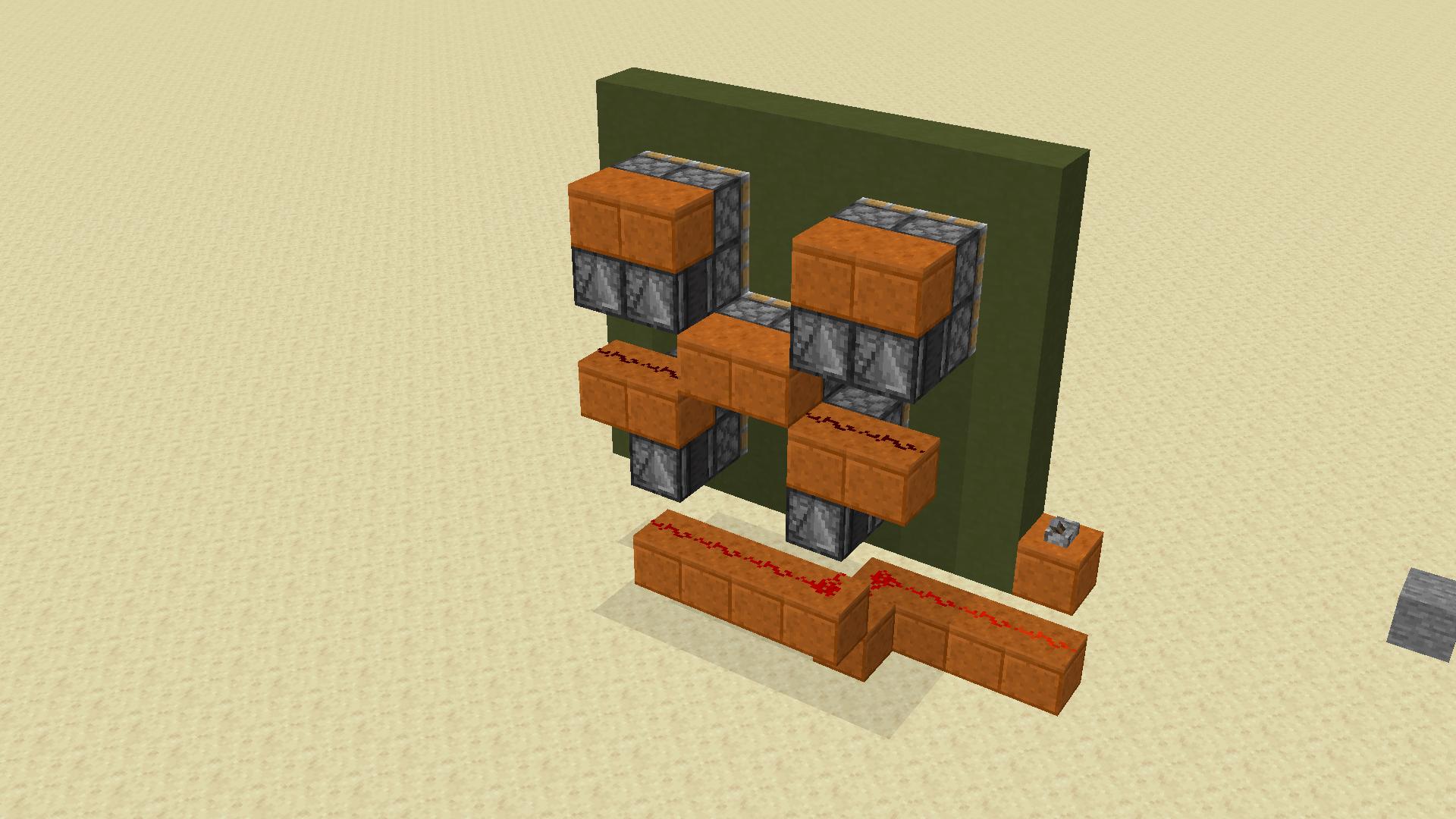 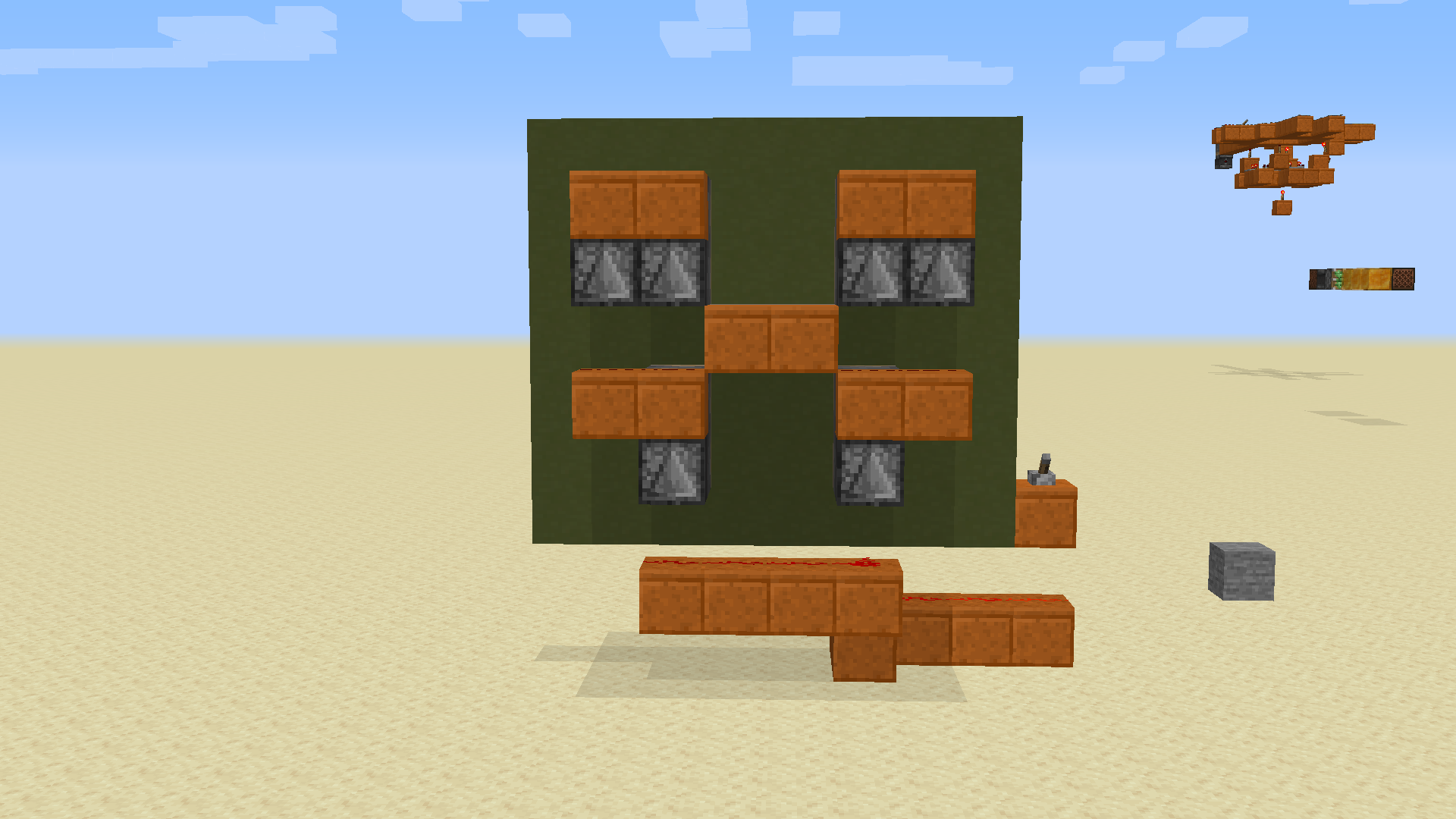 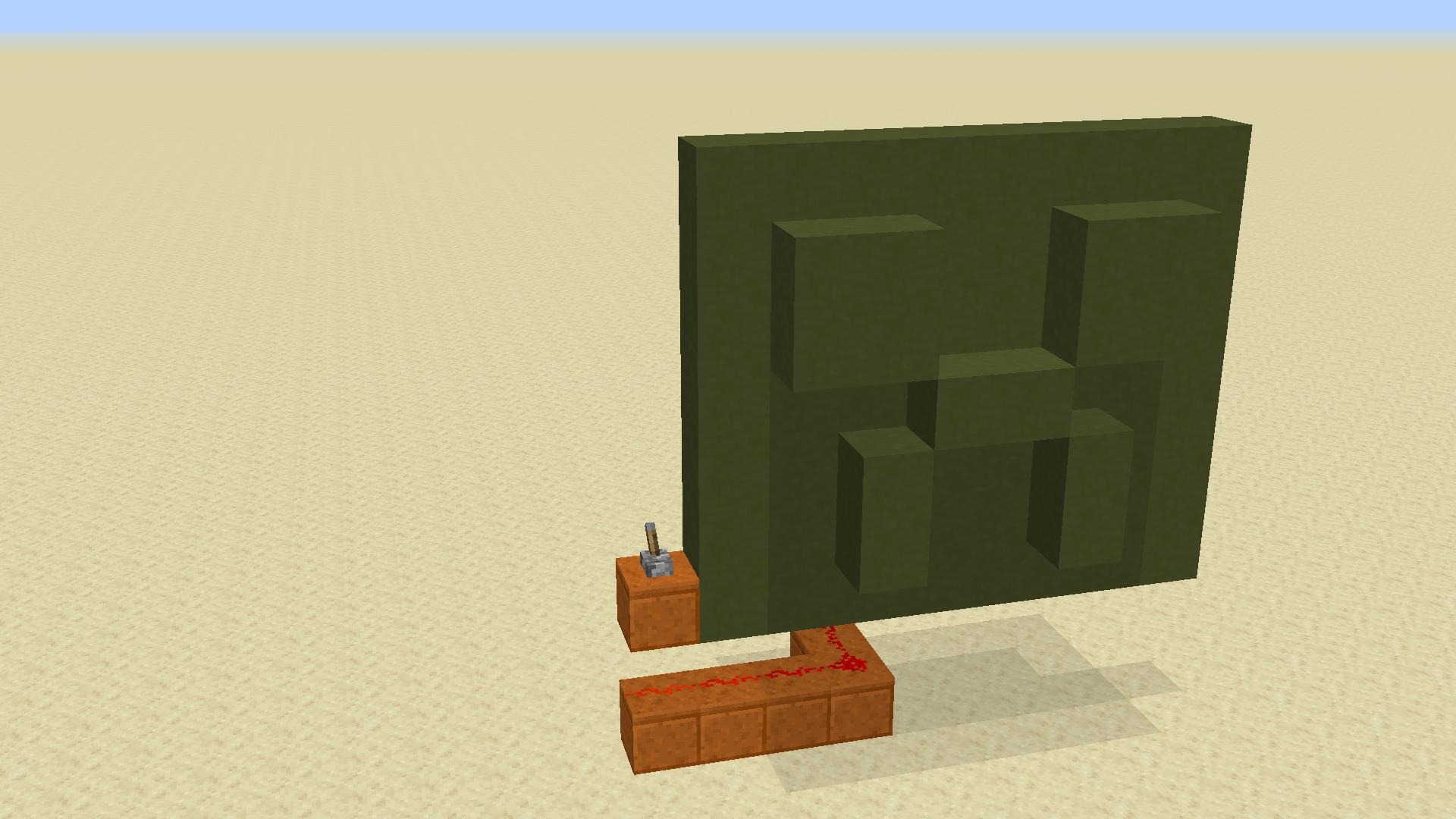 This solution was built on Java Edition, and should work on Legacy Console Edition because it works similarly. If it doesn't, please comment on this post, and I'll see what I can do. 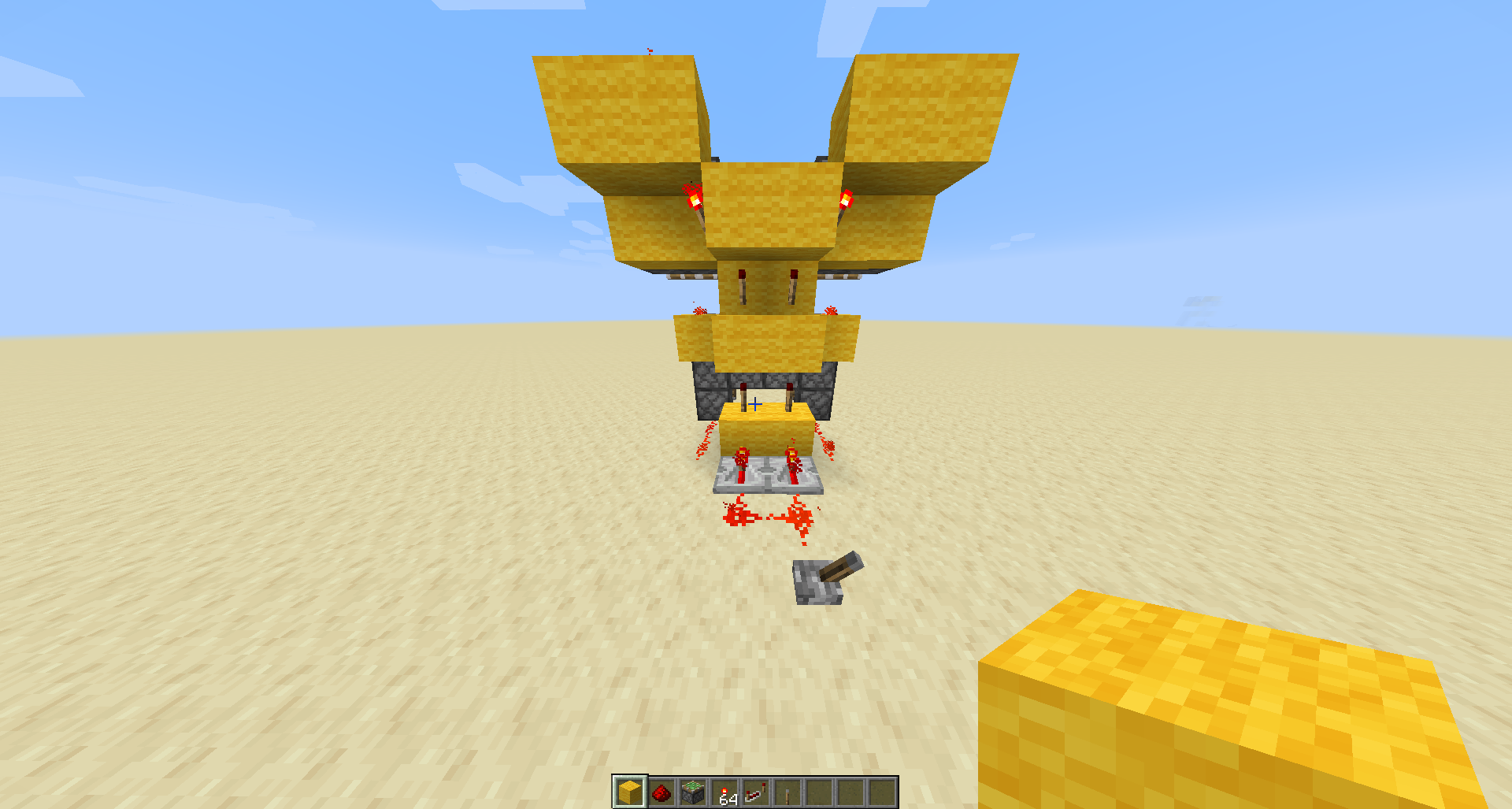 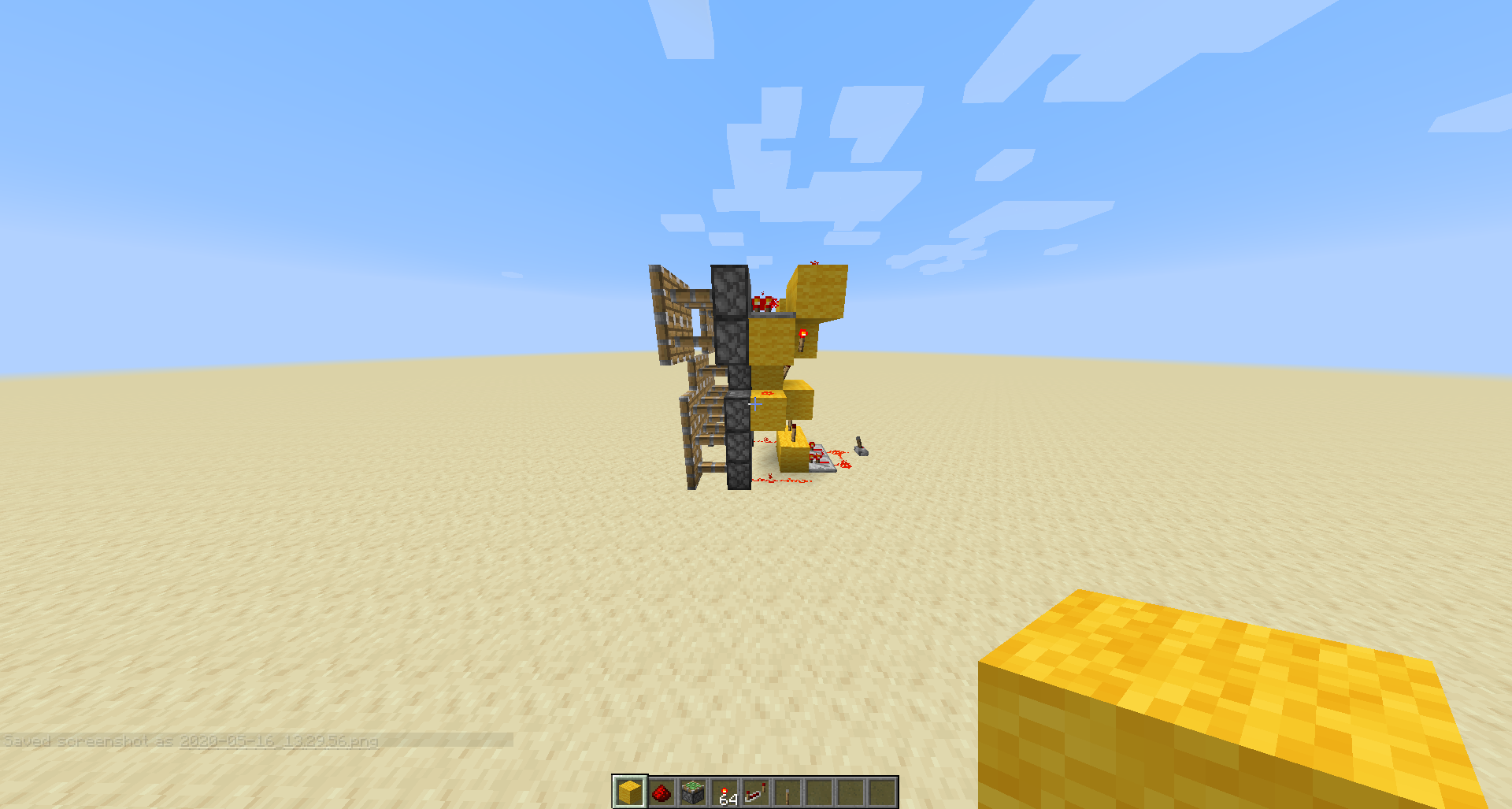 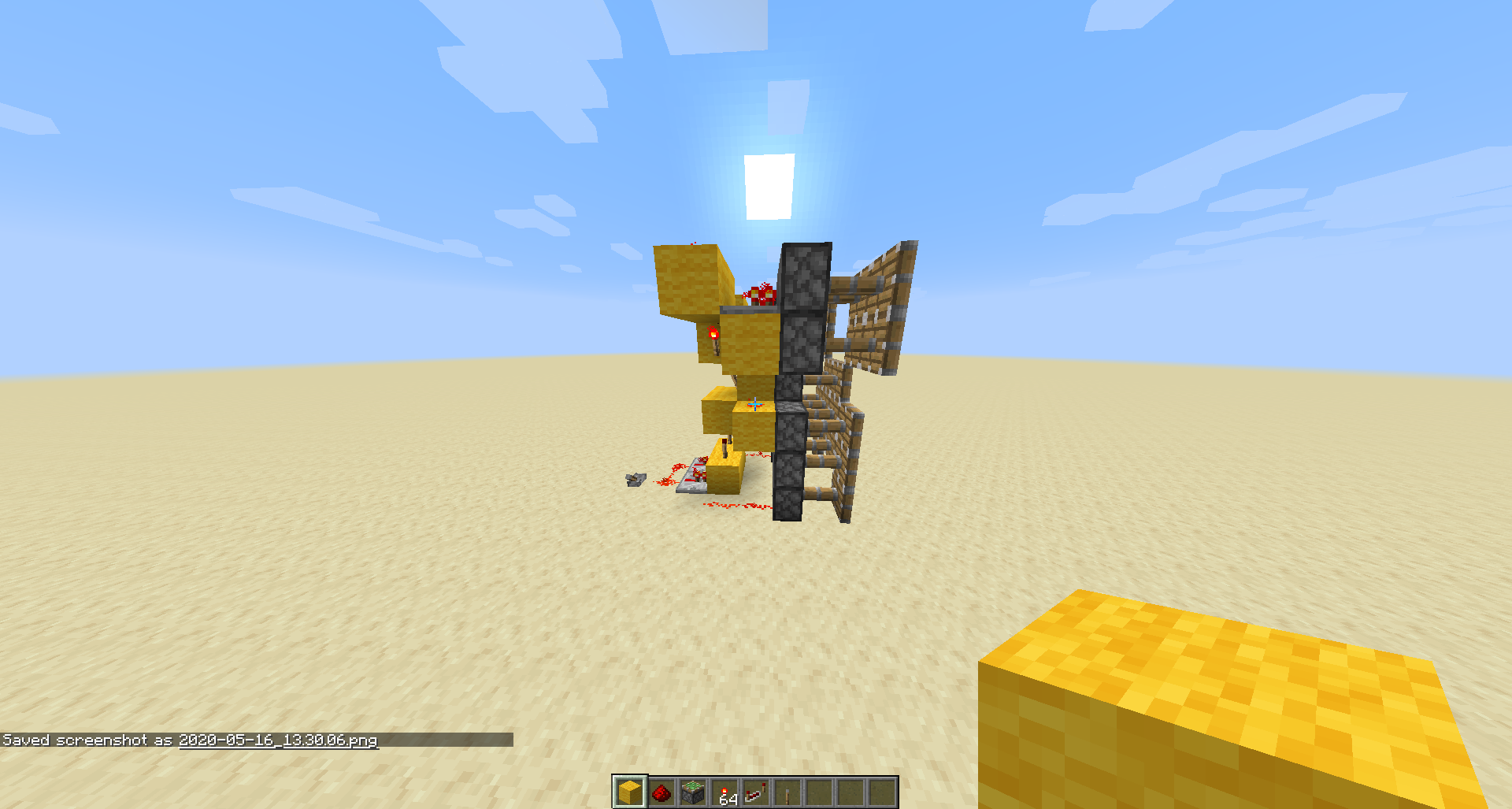 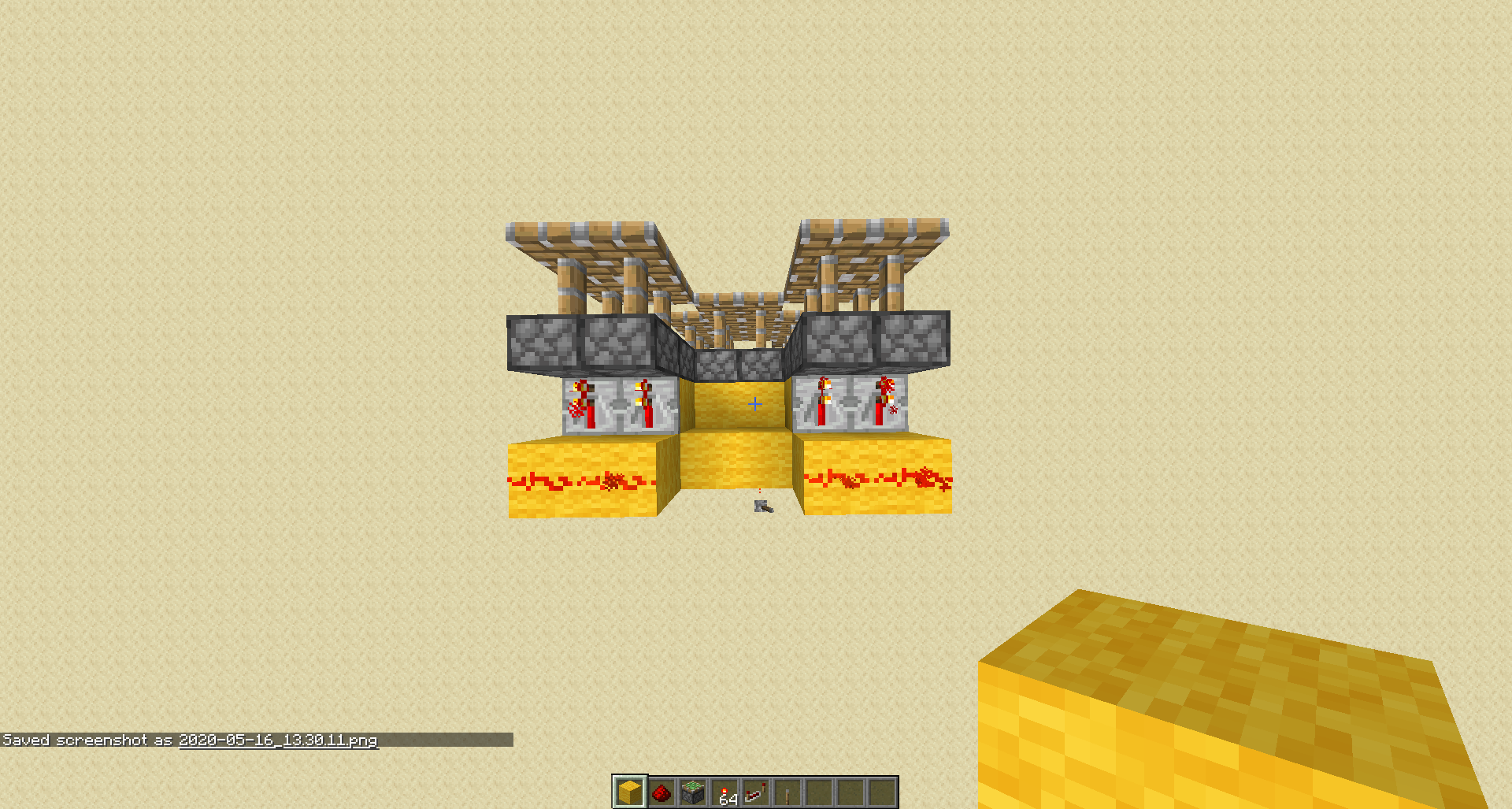 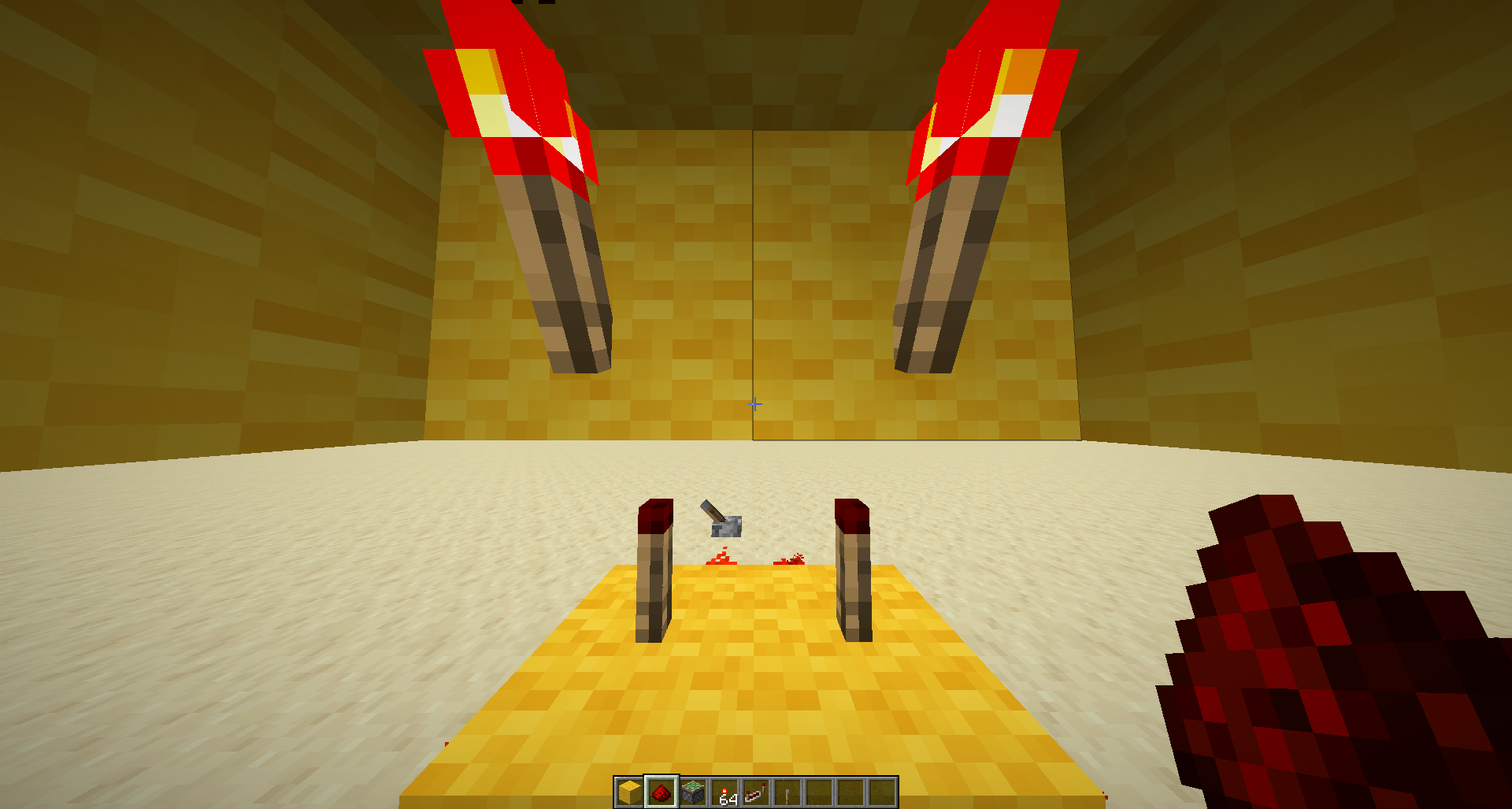 Downsides to This Solution

Not the answer you're looking for? Browse other questions tagged minecraft-redstone minecraft-legacy-console .

0
How to make this redstone circuit that displays a Minecraft creeper face using pistons if the lever is set to its on position thinner? ]

6
How do I reverse the activation of Pistons with redstone automatically?
3
Will this Instant Repeater design work reliably?
1
How can I change the outputs from two different wires to the same state (on/off) using one input, regardless of the previous states of the two wires?
9
Do redstone lamps work underwater?
7
Getting the signal from a floor pressure plate in the middle of a room
8
What are the specific conditions that cause repeater lockup in multiplayer?
2
How can I build a redstone-powered vehicle?
0
How to make this redstone circuit that displays a Minecraft creeper face using pistons if the lever is set to its on position thinner? ]