I am trying to play a Minecraft song using a few note blocks, but I am using an iPad and cannot manually play them. Every time I try and hit the note block, it changes pitch. Is there a way for me to play a note block without using redstone on MCBE?

So that means, to play a note block without changing its pitch, just press and hold it for 0.5 seconds, and release it before it breaks. This can get tedious though, because sometimes you might hold a note block for just a fraction of a second too short, and mess up the note blocks' pitches. This also means that each note coming out of the note block will be delayed by 0.5 seconds from your press.

If you are on Creative Mode, the only way to play a note block is using redstone. Now, that doesn't necessarily mean that you have to use repeaters and power the note blocks in sequence. You can easily create a note block "keyboard" by placing buttons on each note block and pressing them by tapping them quickly.

Again though, this can get tedious when you are trying to press the buttons, as if you mistap and press on the note block instead of the button, it will mess up the pitch. And another problem is that if you put buttons directly on the note blocks, you can't have multiple next to each other, or the button will power all the adjacent note blocks, like this: 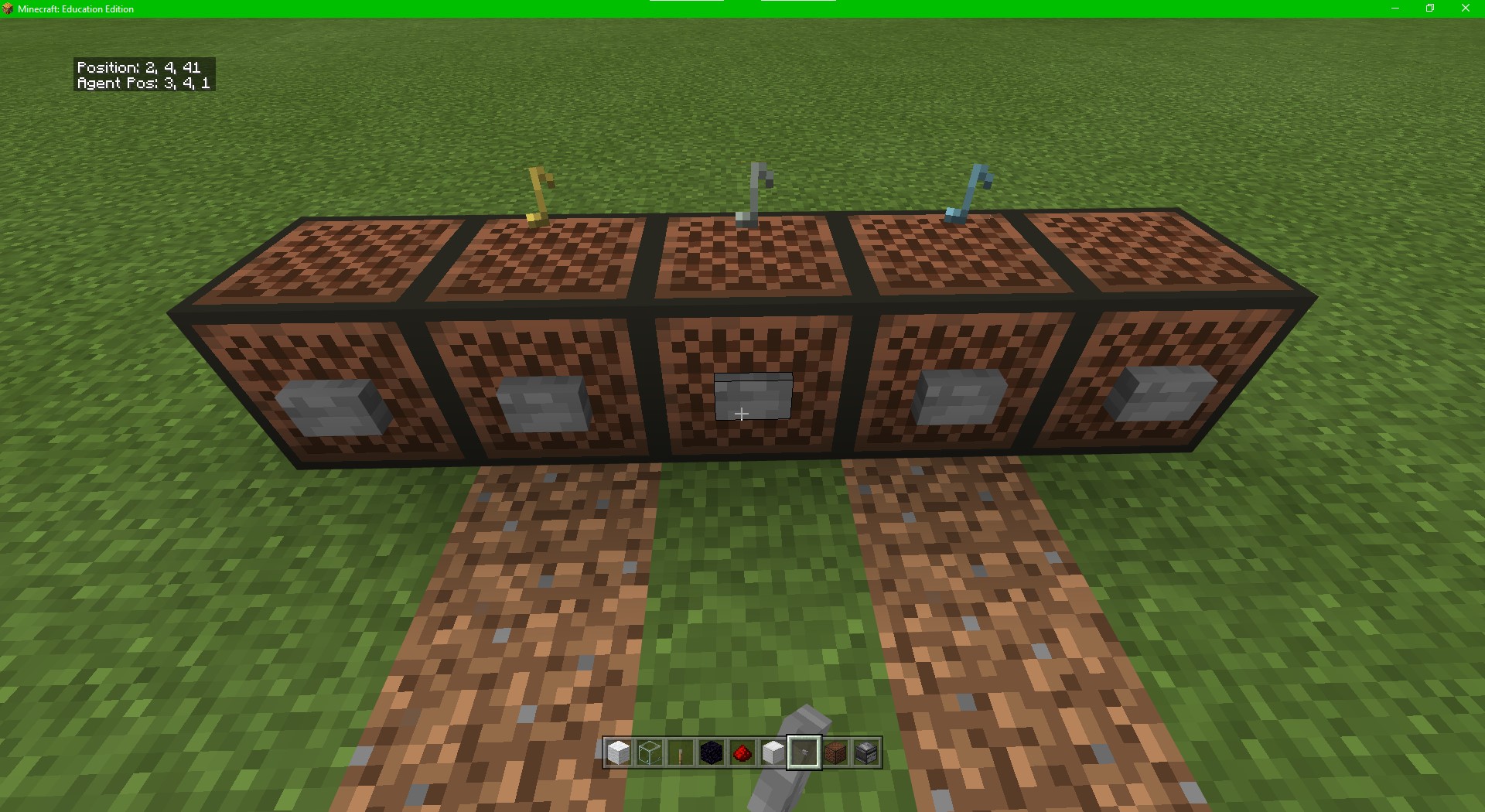 This problem can be solved by placing blocks next to each note block, and placing the buttons on the blocks. 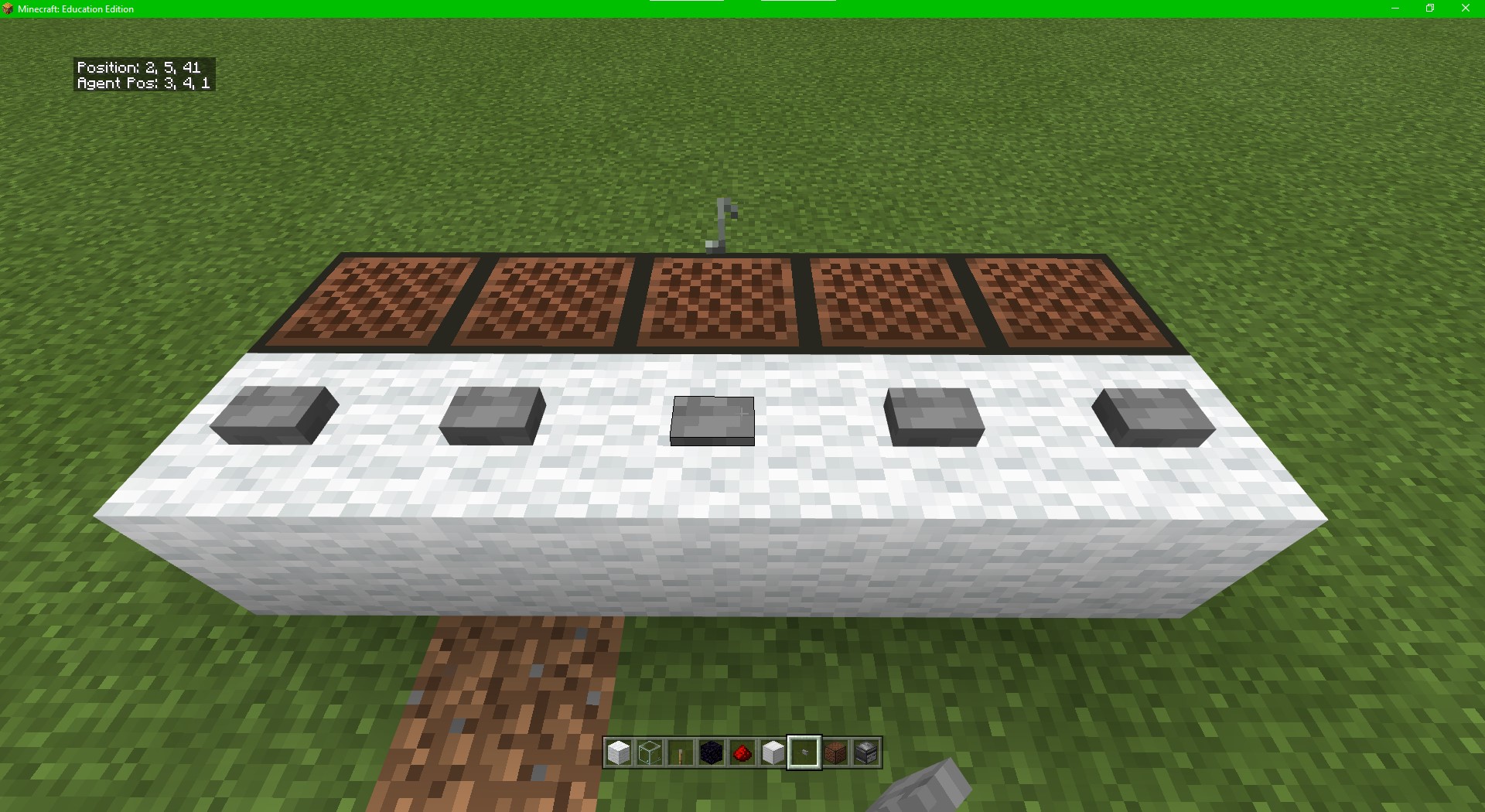 But there is still a small problem, which is the fact that buttons can only be activated at most once every second. That means if you need to spam one note block, it won't work out for you. But don't fret, because I have a better solution!

This method is quite resource heavy, but it is best for playing notes as much as you want with the minimum of fuss! Although it might look a little weird, it works like a charm! 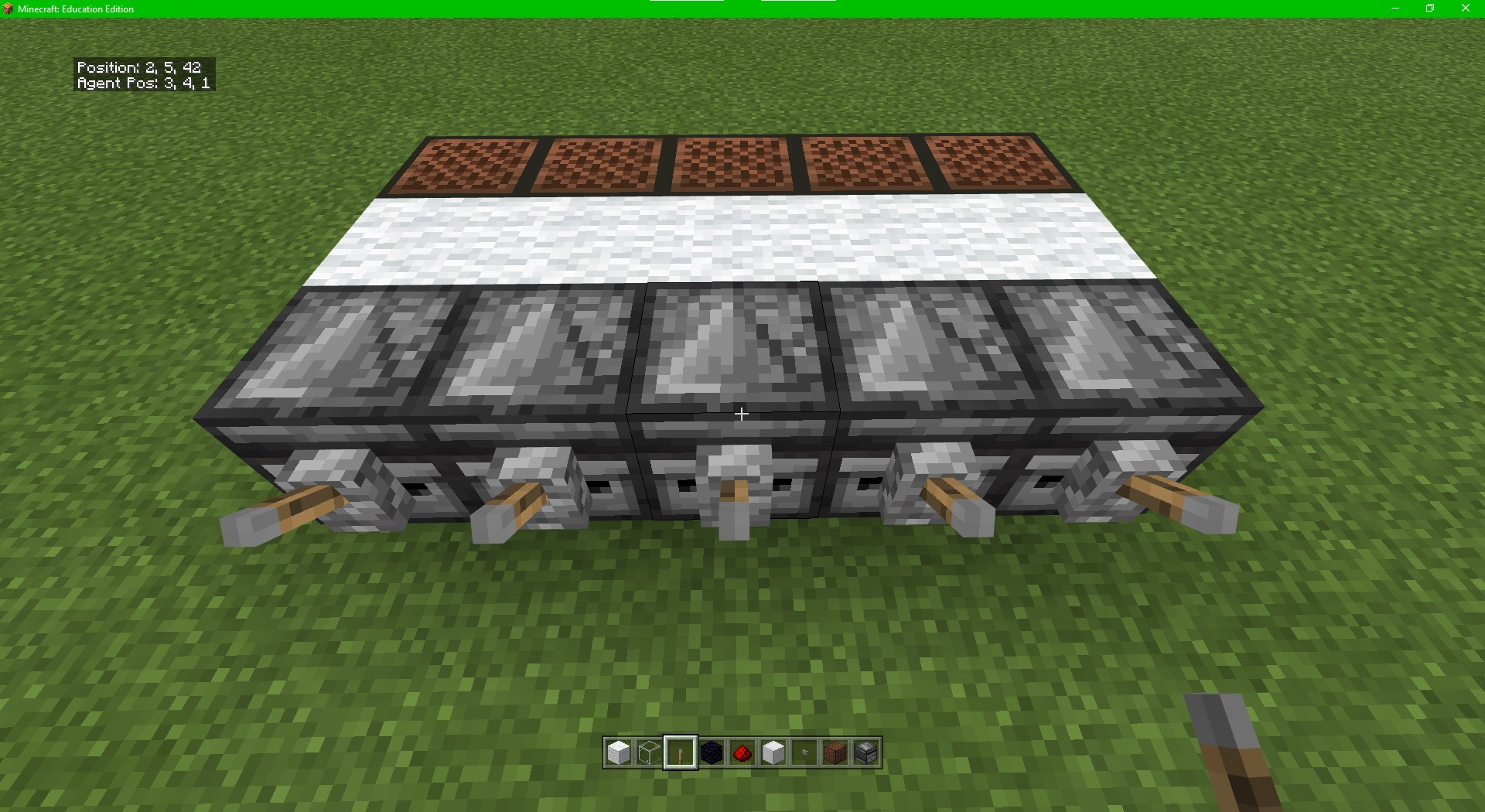 To play it, just flick the levers, each flick will play a note. You can even spam multiple notes at once by tapping the lever multiple times.
The reason this works is that levers can be toggled as fast as you can click them, without a delay or cooldown. And the lever is right next to an observer block, so this means that every toggle of the lever, whether off to on or on to off, will trigger the observer and play a note.

0
Create an automatic farm in Minecraft PE?
2
Can't break block in Minecraft for iPhone
1
Is it possible to execute a fill command based on a user-selected block?
0
My command blocks are forgetting coordinates!
0
How do I make a block trail for the player?