I know its unofficial and there is no centered, absolute truth, reference on this; but do anybody know how can you apply the Nuzlocke rules in Sword and Shield?

There are 3 things that make the usual Nuzlocke rules harder to apply.

So is there a kind of consensus between nuzlocke runners or in nuzlocke communities about how can you run a nuzlocke in Sword and Shield?

As far as I am aware, there hasn't been an exact consensus on the Nuzlocke rules for Sword and Shield. Even Bulbapedia hasn't been updated to reflect the differences in these games compared to the others.

I did find this guide that can shine some light on the major differences you mentioned. A lot of the same rules still apply, and the common ground from the other games is that it is up to the players discretion on how they want to proceed.

Pokemons are not random encounters in tall grass anymore. They just walk around and you could select one before running into it.

In that zone you can find pokemon that are way over your level and cannot be caught.

Just be sure to avoid the "Very Strong" encounters early on, as those require additional gym badges to capture. If you follow the Nuzlocke rules to the letter, then this would be your "first" encounter and therefore lock you into catching an impossible capture.

A lot of roads have been replaced by a huge, open, zone

While the wild area is one giant area massive, the answer to this one is quite simple. The wild area is split into different zones with different biomes. Each zone will follow the catching rules according I mentioned above. Routes and dungeons will work the same as well. 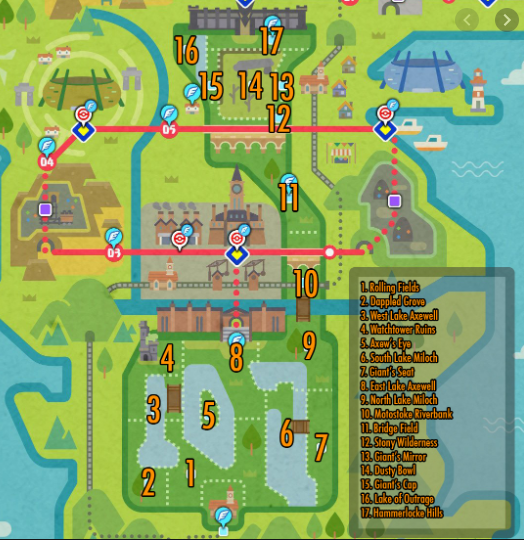 Not the answer you're looking for? Browse other questions tagged pokemon-sword-shield nuzlocke .