How to teleport back to my freighter?

Since the newest Desolation Update (v2.60) Teleporters can now be built aboard Freighter Bases. The changelog says "These variants do not require power. They can be used to teleport to other teleporters, or to the Space Station."

I have successfully built such a Teleporter on my freighter without any further requirements like a Base Computer. My first teleportation worked as expected.

But how can I return?

Does the changelog entry means that we can teleport FROM the freighter to any other known teleporter, but NOT BACK to the freighter?

Or do you know how to choose the freighters teleporter as destination address?

For sake of clarity and visibility, I am adding this reply.

As for the why... it is a tad unclear. Some theorized that a freighter can be moved so technically the space it was when you left could be occupied by something else now especially in multyplayer, but that does not explain why the Anomaly (that can also be moved) has a different behavior implemented.

The most probable reason for this limit is that having the ability to teleport back to the freighter could potentially be abused in multiplayer to bypass the "one freighter per system" limit that probably exist due to some technical limitations in how the freighter base are implemented. Note that this is just a theory, but I know that a famous mod that tried to bypass the 1 freighter in a system limit caused a lot of bugs. 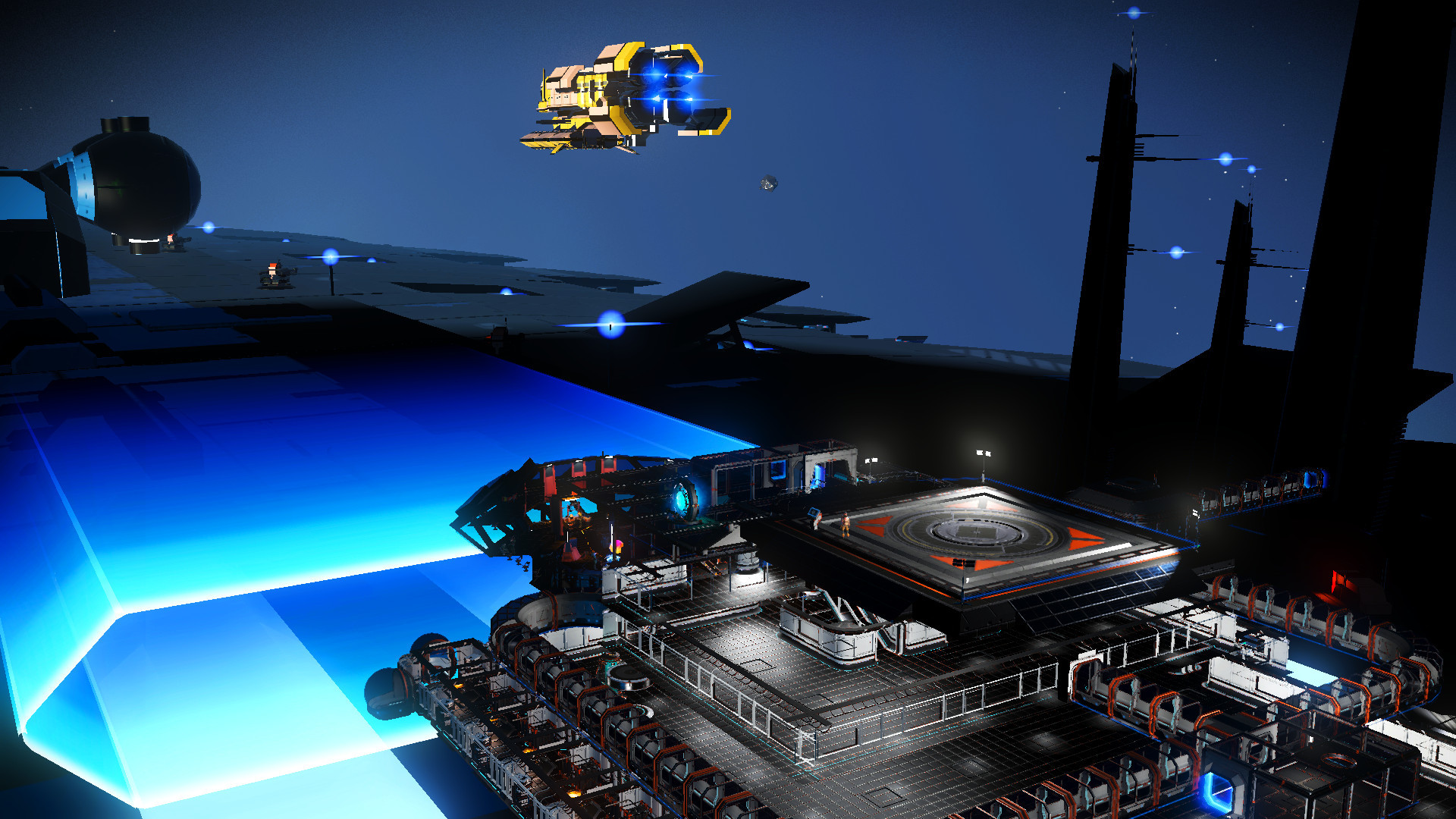 In creative mode, I've build cubic rooms and corridors on freighter (only works from 2nd floor up) and placed exterior doors. This allowed me to exit on freighter and placed a base computer (among other stuff like a landing pad). Teleporting to this base puts me in empty space with the current ship next to me "landed". It appears to be a confusion regarding coordinates. In normal mode, the base computer can be placed but does not appear.

While taking this picture, I realized the base computer is gone. The base name is still on. I also did not move the freighter yet.

7
Getting two ships onto my freighter
4
Can I own more then one freighter?
10
Swap content from old freighter to new freighter?
7
How to set a save point on freighter (or save the current game)?
0
How to move the prebuilt storage things in my freighter?
5
How do I teleport between my base and the closest I have traveled to the center of the universe
8
How does the Free Freighter quest REALLY work in No Man's Sky?
0
No mission icon to find Nadas freighter