Which blocks are soft powered?

In this image, which blocks are soft powered? 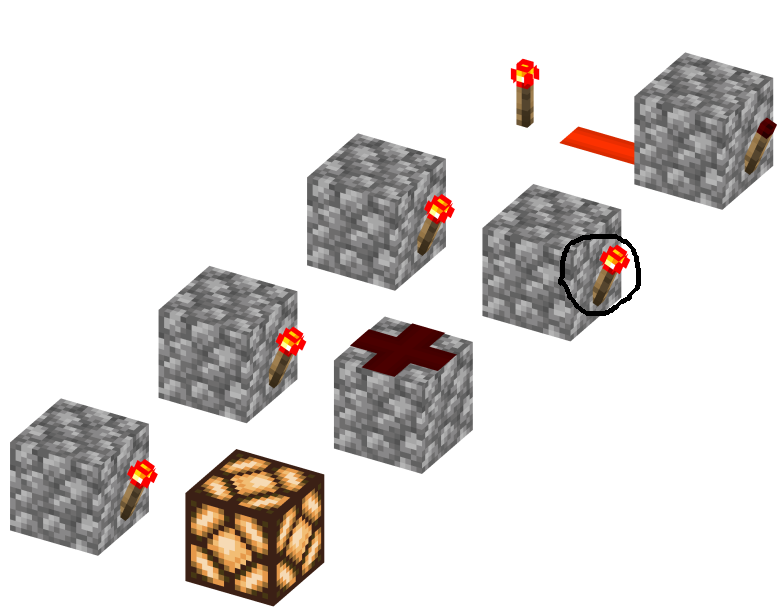 I want to say "all rightmost cobblestone blocks and the redstone lamp", but a redstone torch hanging on a soft powered block should always be unlit, and that is not the case with the encircled one.

First let's clarify the distinction between hard/soft and strong/weak (the wiki conflates the two, confusing the matter): 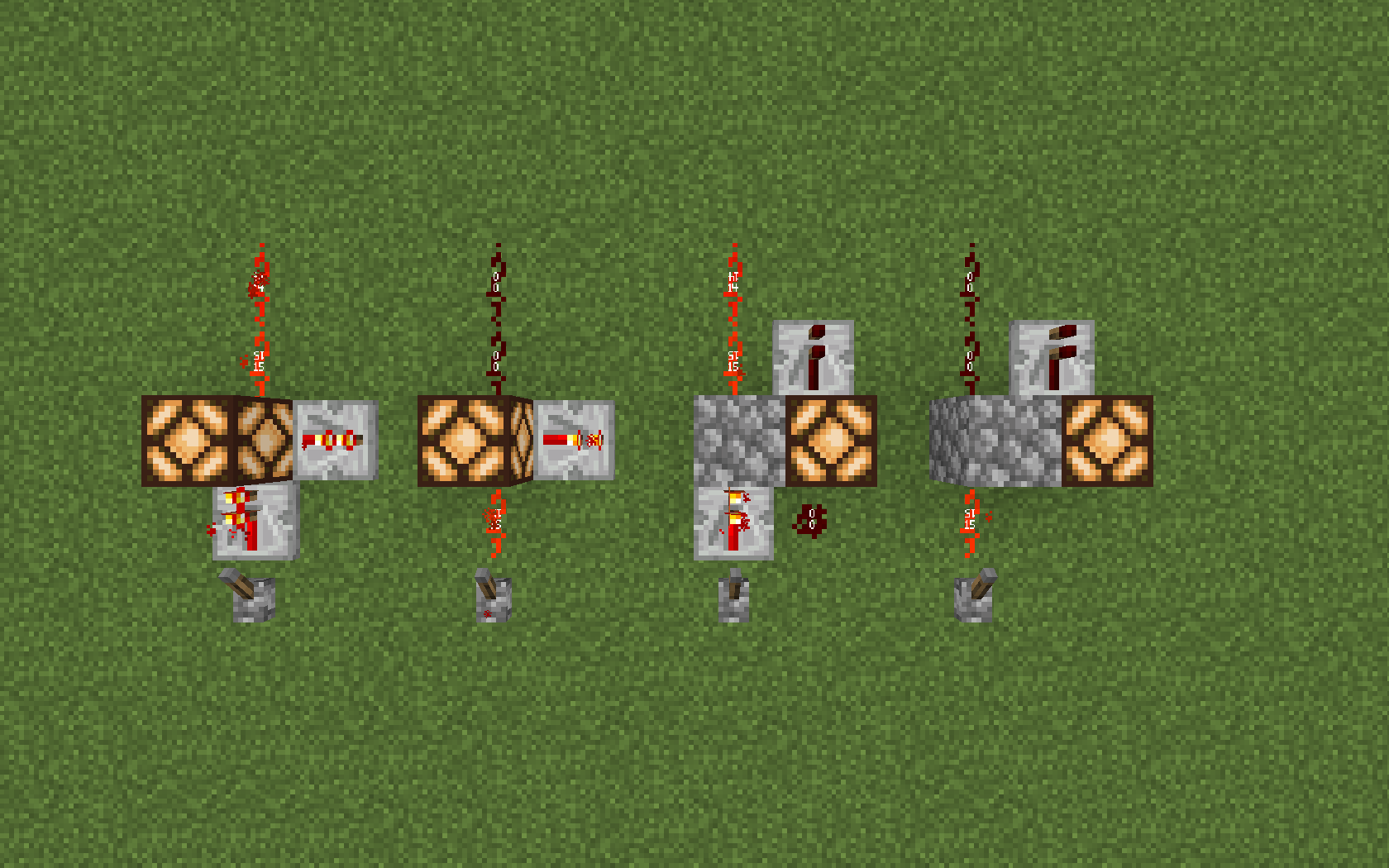 All four lamps are active. The first is hard-powered (redstone signal can be pulled out), and strong-powered (powers redstone dust). The second one is hard-powered but weakly powered - power can be pulled out with a repeater, it can activate (soft-power) other blocks, but doesn't transmit power to redstone dust. The two right-side cases are both soft-powered (a.k.a. activated), one from strong, one from weak (but both hard-) powered cobblestone block. They act, they generate block updates and change block state, but they don't emit redstone power, whether strong or weak.

A torch, to the sides and below, emits strong, soft power - it can power redstone dust and repeaters, but only soft-powers (activates) solid blocks. Upwards, it emits standard strong hard power.

Answering the original question, the three lower blocks in the original image are all soft-powered (there's no real distinction between strong/weak here, they emit neither). The top block is hard, weakly powered (receives power directly from redstone dust, activates the torch.)

2
Confusion on Redstone Wire Transmission
10
How do I light this hollow tower of Redstone Lamps?
5
Redstone torch on a block doesn't switch on the block that it is on?
3
What Specific Blocks are needed for Turing Completeness?
3
Wireless Redstone Lamp without Command Blocks?
4
Minecraft piston pushing against each other
3
Detecting powered button/lever with command blocks
2
Why is this redstone dust not powered?