What areas of Grim Dawn were made accessible in version 1.1.8.0?

The patch notes from 22 September 2020 mentioned:

The world of Cairn has expanded. Areas previously inaccessible can now be explored. With them come new dangers, and rewards!

I've discovered one of such areas in Act 7 (Forgotten Gods expansion), it contains dungeon called Sunward Spire and it was already added to grim tools map: 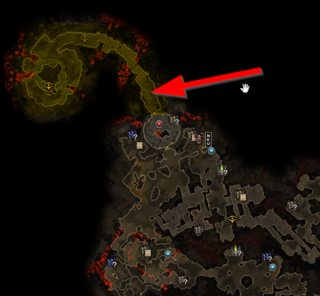 I want to know about all of such "areas". Is there such information availabled?

I want to clear them all, but my character has already progressed through the game. If someone knows how to find such previously "inaccessible areas" so I can just check them all it would be also very helpful. I want to avoid re-running blindly through all maps. Can they be seen on the explored map?

The new areas are:

For now, an easy way to find all these areas is to search Grimtools for all Celestial Totem spawns, as these were added in the new 1.1.8.0 areas. However, there's no guarantee that more Celestial Totems won't be added in other areas in future patches, so that method might not remain reliable indefinitely.