How are Religion and Culture linked?

When it comes to cultural exposure, I often see that some innovation or another is being boosted due to some other culture with the same religion having it. But nowhere do I see a way to see which cultures are tied to which religions? And do these ever flip?

For example, as a cultural leader of a Hindu culture I have taken over a large swath of Muslim lands. Some of them are of a certain Muslim culture (Afghan) that is pretty underdeveloped at this point in history, but the only exposure boosts they get are from other neighboring Muslim cultures. If all the counties under that culture are converted to my faith will the Afghan culture itself flip from Muslim (and being exposed to other Muslim cultures and their innovations) to Hindu (and getting exposure from my cultural group)? 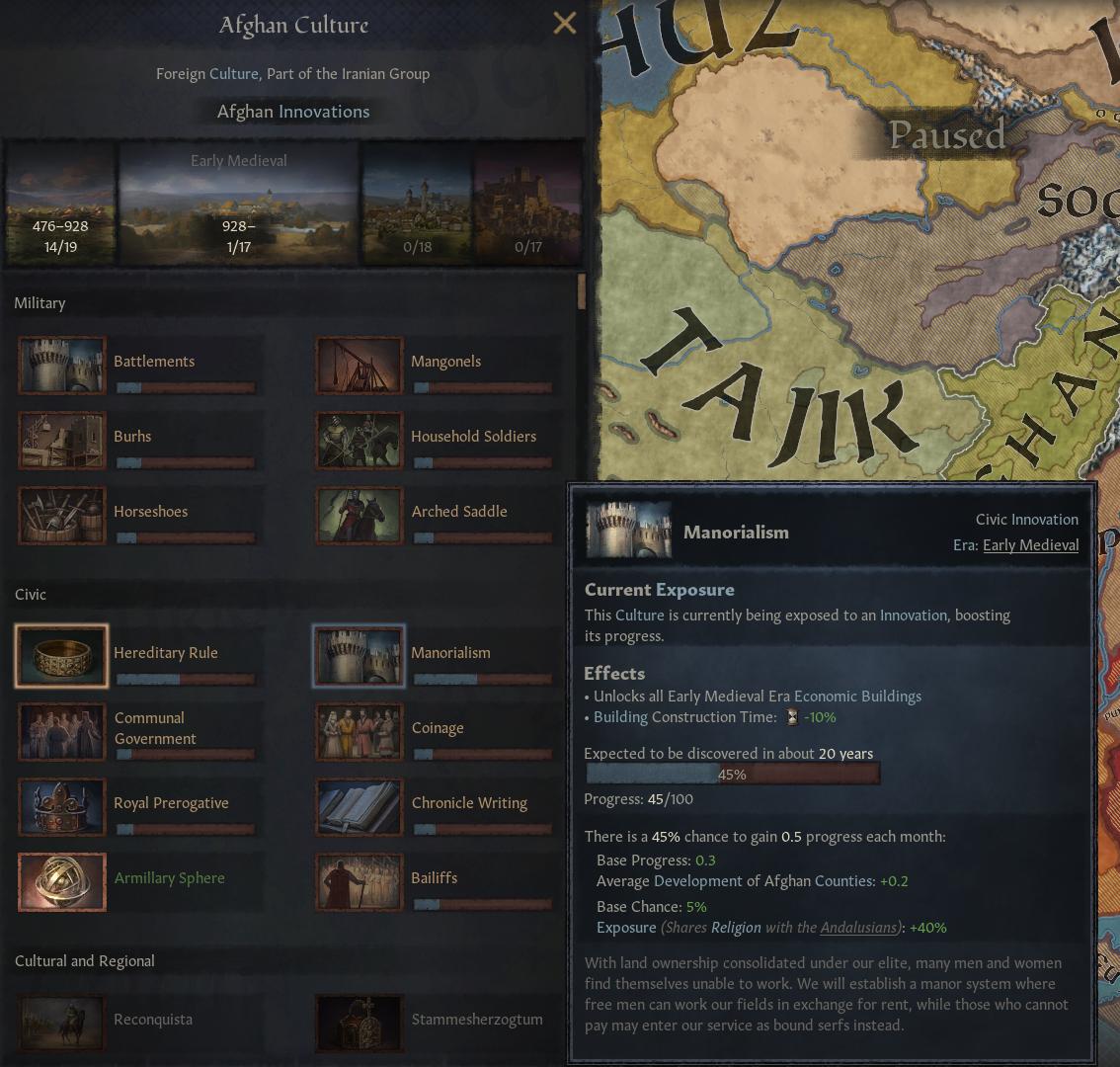 Lot of questions boiling around here, but the primary one seems to be: "How are culture and religion linked?"

And the short answer? They're not!

Every character and county in the game has both a Culture and a Religion. Neither of these are set in stone -- characters can convert to any religion with the appropriate piety cost (or that of their spouses, for free), and landed characters can adopt the culture of whatever their realm capital has.

The culture and religion of a county can be changed to match your characters via the council -- your realm priest (for Religious Conversions), and your steward (for Cultural Assimilations).

There is no threshold for effects on either of these -- both characters and counties only have a single religion or culture, and in the case of using your Councillors, all progress is lost if they switch to a different task.

Given the opinion malus for having differing religions / cultures, it's often in your best interests (or those of your vassals) to convert counties in your realm to match your own culture.

Not the answer you're looking for? Browse other questions tagged crusader-kings-3 or ask your own question.

11
How do I farm the piety required for forming my own religion?
6
How is the head of dynasty decided?
8
Is there a way to determine how two characters are related?
9
How do I see who's attending a feast?
26
How can I raise only my men-at-arms?
7
How do you cure Lover's Pox?
8
What can I legally do to criminals?
9
How can I lose the drunkard trait?
11
Why are some menu options in Crusader Kings 3 italicized?
4
How to change my character religion?