What is the Java Edition seed for Minecraft's cover art?

If you play Minecraft, there is an excellent chance that you've seen this picture before: 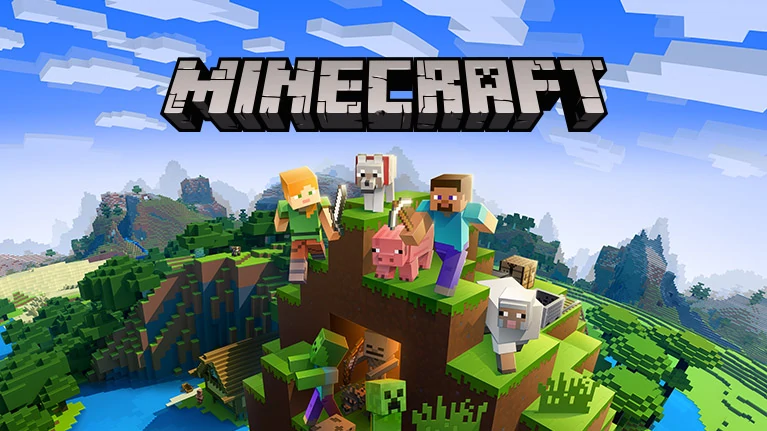 This image is Minecraft's cover art. Just recently, I've been starting to wonder: is there a seed for this picture? While some of the structures seen in this picture are hand-built, the rest of the terrain looks very natural. It would be very weird if someone built all of this by hand. Mojang just probably generated a world, built some stuff, and screenshotted this picture while on a mountain in 3rd person before letting it run through a software that makes this image like this and not like what vanilla Minecraft would look like. They might've also used a texture pack and some mods to take this screenshot. They might have used a software to make this screenshot, but it would've taken a long time to do so, so there is a very low chance of that being the case. I'm just curious - is there a seed for this world, or is there a world for this picture so that we can recreate the picture or play on this world?

9
How does Minecraft determine the spawn location in a seeded world?
0
How does biome generation work in 1.8 snapshots?
1
Do World customizations affect the seed?
0
How to make image maps on other servers in Minecraft?
2
How can I get seed from corrupted world?
1
What is the seed of this Minecraft image?