Selected Pokémon has not been obtained in this save file & cannot be withdrawn?

After having transferred a Mew and a Mewtwo to Pokémon Home from Pokemon Go, I tried then transferring them to my Sword boxes: 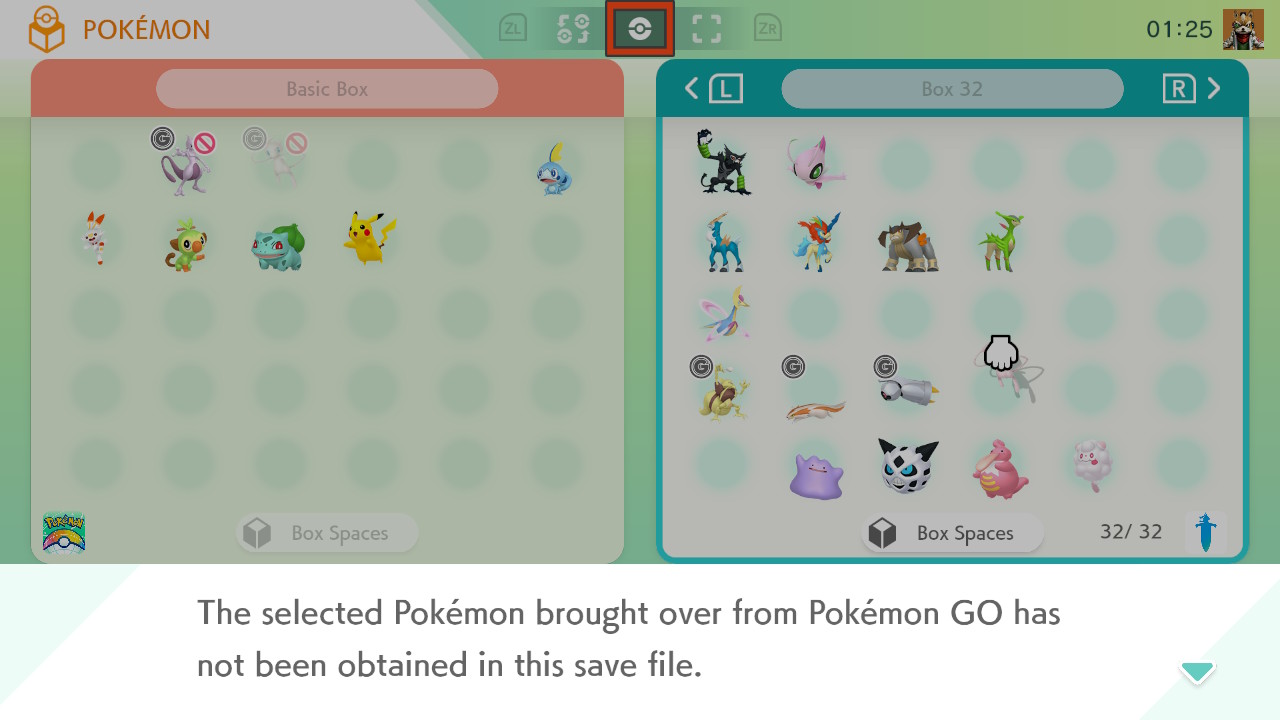 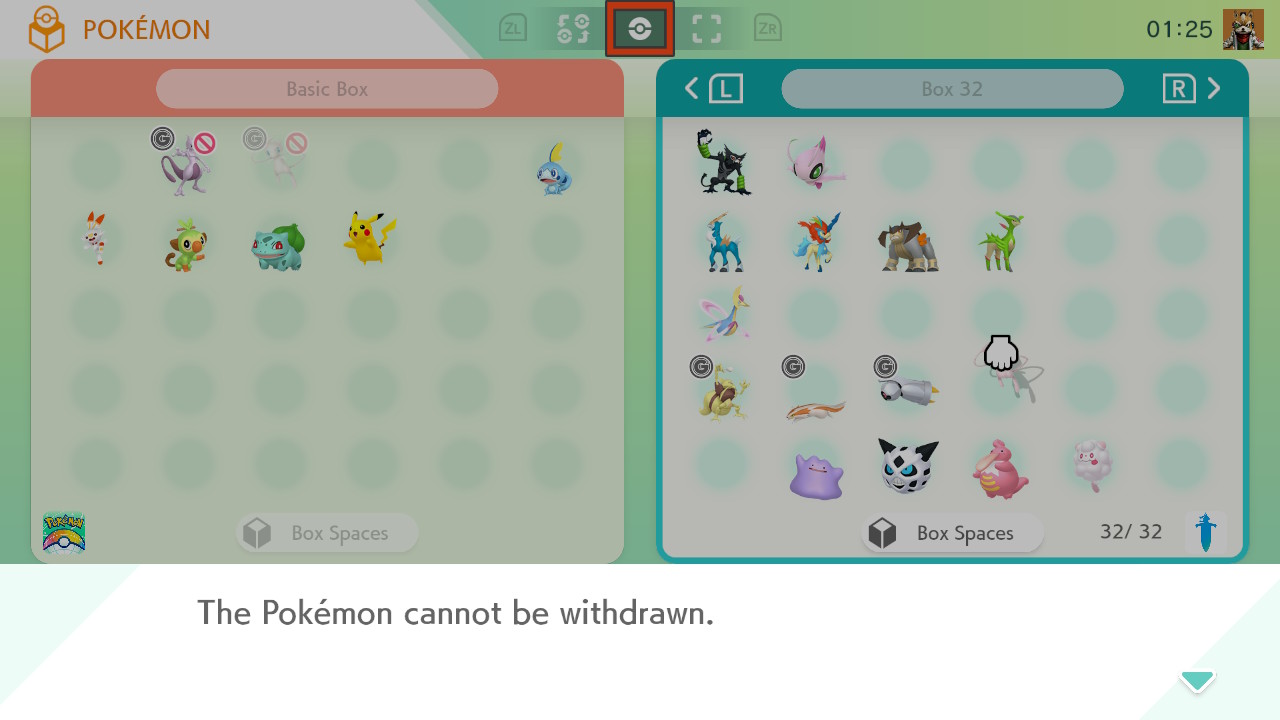 But I got the error message:

The selected Pokémon brought over from Pokémon GO has not been obtained in this save file.

The Pokémon cannot be withdrawn.

It clearly isn't all Pokémon that are locked to first being obtained in a certain save file. Mewtwo can be found in the Dynamax Adventures, so okay sure whatever. But Mew isn't obtainable unless you buy a Pokéball Plus. Obviously, I could also do a quick touch-back trade with someone who has a Mew and quickly unlock my own for game use, but what is this point to these locks?

Which Pokémon are locked for the whole GO ---> Home ---> SWSH process? Is there a good reason for it?

The website for Pokemon Home has an info page on How to receive Pokemon with this brief answer:

In order to bring certain Pokémon caught in Pokémon GO and transferred to Pokémon HOME into the Pokémon Sword or Pokémon Shield game, you must either have registered that Pokémon’s species to your Pokédex or have obtained a Pokémon of that species at any point in that game. A list of applicable Pokémon can be found by going to the Help menu in the mobile device version of Pokémon HOME and selecting Other.

Which Pokémon are locked for the whole GO ---> Home ---> SWSH process?

At the time of writing, the Pokémon that are hard-locked are Darkrai and all forms of Deoxys. You can transfer Darkrai and Deoxys into Pokémon Home from Pokémon Go, but they cannot be transferred into Pokémon Sword or Shield because they were not supported in the Crowned Tundra release.

Other Mythical Pokémon were not supported in the Crowned Tundra as well (such as Manaphy, Shaymin, and Arceus for example). While they are not currently obtainable in Pokémon Go, they will likely be hard-locked as well due to lack of support.

For Legendaries, you can get around this lock by either catching the Pokémon in your game, or by using the GTS to obtain one that was caught outside of Pokémon Go.

The current Mythical Pokémon that exist in Pokémon Go that are supported in The Crowned Tundra are Victini, Genesect, Mew, Celebi, and Jirachi. For more information in this category, see the answer to the next question.

Any Pokémon that exists in the Pokédex, as well as the Hoenn starters (Torchic, Mudkip, Treeko, and their evolutionary lines) appear to be transferrable without a pre-existing entry in your game.

The Hoenn starters do not have entries within the Pokédex, but I was able to transfer a Torchic into Pokémon Home from Pokémon Go, and was able to move into Sword without issues.

Serebii contains a list of Pokémon that cannot be transferred into Pokémon Home. Some are completely restricted and some will change forms

Is there a good reason for it?

(shrug) There isn't much to say here aside from speculation.

The only reason I can think of for this is exclusiveness and rarity. For the most part, Pokémon has been very big on the exclusiveness of Mythical Pokémon and making them fairly difficulty to obtain due to timed events. The same goes for Legendary Pokémon and only being able to catch one of them in your game.

Since Pokémon Go has made it easy to obtain a large amount of Legendary and some Mythical Pokémon (Darkrai, Dexoys, and Genesect for example could be caught through raids), they likely wanted to keep the exclusiveness there and make it impossible to use the Mythical Pokémon without previously owning one.

Obviously, I could also do a quick touch-back trade with someone who has a Mew and quickly unlock my own for game use

Trading with another trainer is not a guaranteed method to obtain Mythical Pokémon. Certain Pokémon cannot be traded in a linked trade or surprise trade.

In my experience, I have two friends who have Marshadows obtained through events. One friend was able to trade the Marshadow, but the other was not. A few users from this Reddit thread were able to trade Shiny Necrozma, but not shiny Solgaleo or shiny Lunala. Another trainer was blocked attempting to trade a Mew, but another was able to trade an event Mewtwo.

Based on my research, the eligibility to trade Mythical or Legendary Pokémon is determined on whether it has a special ribbon. As stated on bulbapedia, Pokémon with a special ribbon are blocked from trading. So in order to obtain a Mythical Pokémon in Sword or Shield through trading, you will need locate one that does not have any of these ribbons.

Not the answer you're looking for? Browse other questions tagged pokemon-go pokemon-sword-shield pokemon-home or ask your own question.

15
Has there been a change to the health of Pokémon returning from arenas?