Toggling series of memory cells in minecraft with one button press

I want to have a series of 12 memory cells to control an analog clock I am trying to make. I have a hopper clock that triggers every 100 seconds (the equivalent of an hour in a Minecraft day) and each time it activates, if cell i is active, I want cell i+1 to activate and all others to be off. Ideally also if the cell 12 is activate and the clock triggers again, I want to deactivate 12 and activate 1 so it wraps around.

There must be an easier way to do this, but I can't seem to think of it. Any suggestions into how to make this easier?

Probably the easiest and most robust approach (using actual memory cells is prone to entering illegal states like 2 cells active) is to use the N-state T flip-flop design; in this case 12-state. It's a simple loop of interleaved droppers and hoppers, activated all at once by a common line of redstone dust. There's one item in the loop, and a comparators indicates in which of the droppers it is. Upon pulsing the dust with redstone signal, the item is shifted to the next dropper (ejected into a hopper on rising edge, inserted into the dropper after falling edge). 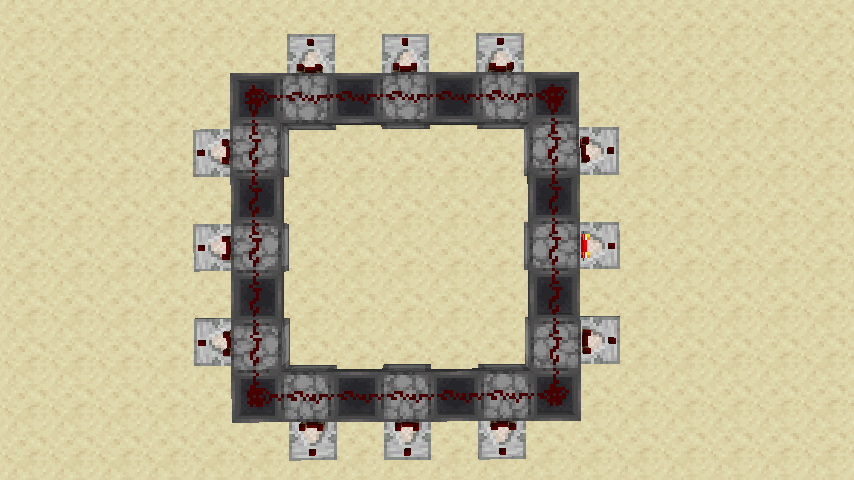 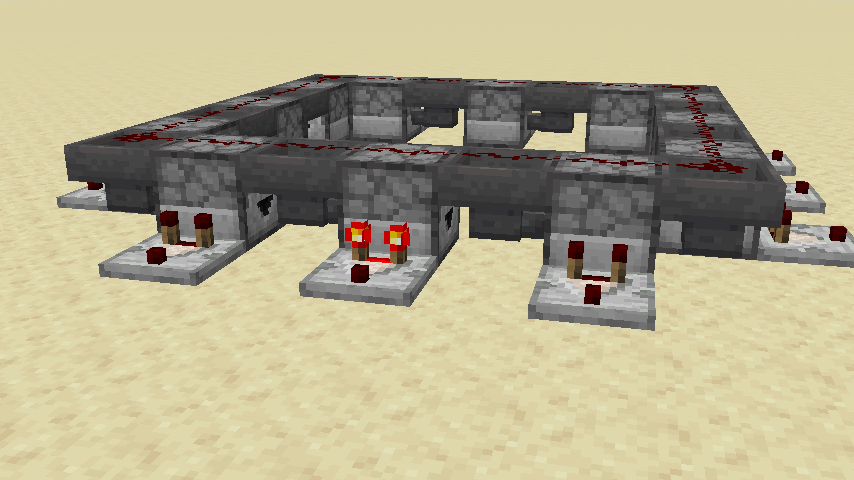 As long as you maintain the topology, you can take liberties with the geometry - make it into 2 parallel lines of 6 pairs, or snaking back and forth; you can also insert more hoppers (at cost of small delay to the shift). Skipping hoppers or adding droppers without hoppers is asking for trouble though; the update order may shift the item an arbitrary number of droppers on one activation without the hopper buffer present.