Minecraft Pocket Edition giving "Could not connect: Outdated client!" and "Unable to connect to world" error between version 1.16.201 and 1.16.40

My son has recently started playing Minecraft and asked if we could play together. He has an Amazon Fire, but I have a PC.

I have found Bluestacks and am running (what I believe to be) Minecraft Pocket Edition on my PC. He has a world on his Amazon Fire that I was able to join into and build with him. However, recently I have not been able to.

He is currently running 1.16.201 (which appears to be a new update) on his Amazon Fire, but my PC is running 1.16.40. Whenever I try to join his game I get the message, "Could not connect: Outdated client!". I can not seem to find a way to "Update" my version (if my version is in fact the one that is outdated.)

In addition, we would LOVE to be able to create a world on my PC that HE will be able to join, but whenever he tries to join my world he gets the error message, "Unable to connect to world"

Any assistance would be greatly appreciated.

If you look at the MCBE version history, the outdated version is 1.16.40, the one on your PC. 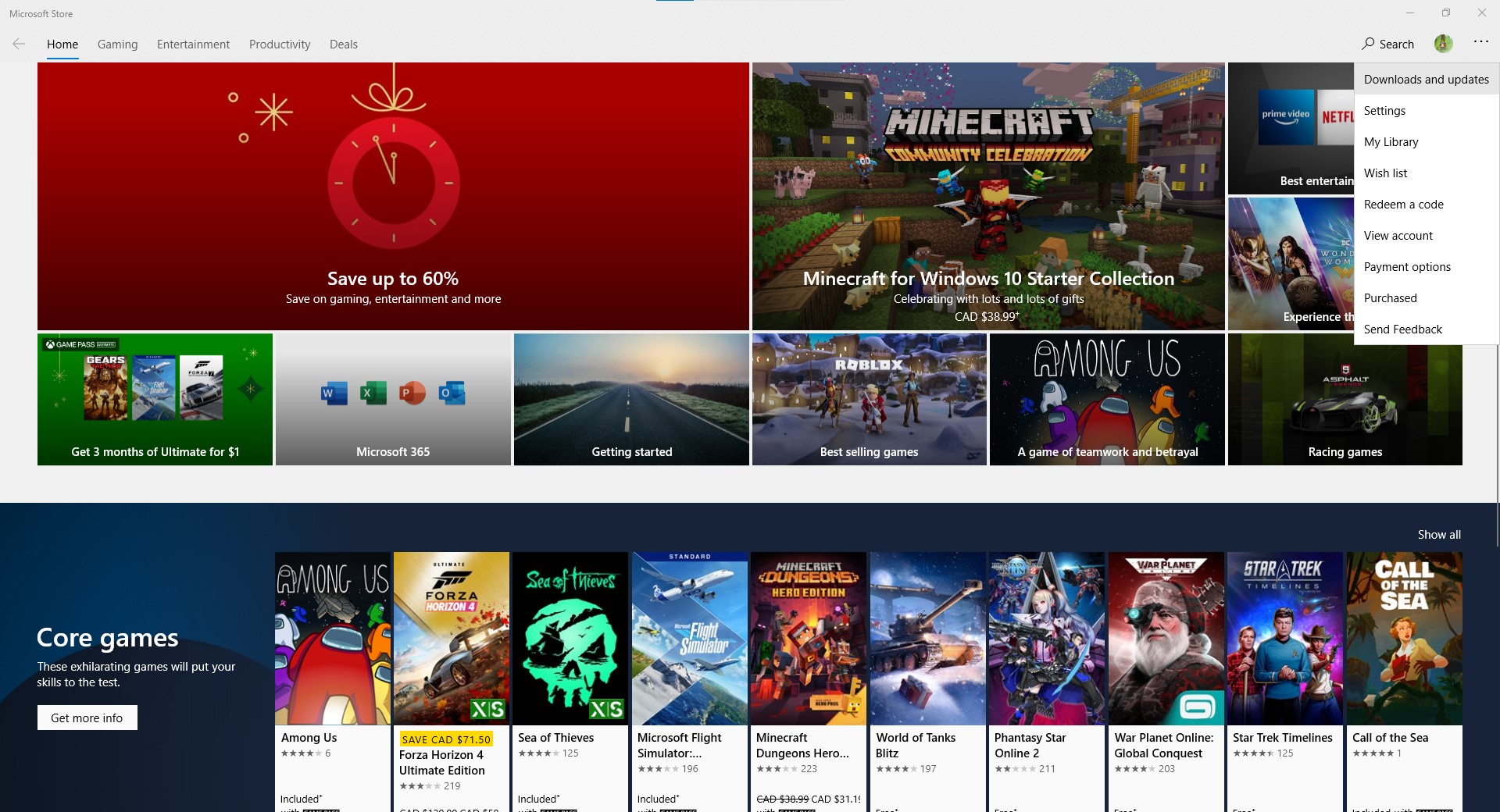 and that should allow you to update your game.

I don't know what version of Windows you're running, but The Microsoft Store edition of Minecraft Bedrock edition on Windows 10 should be fully compatible with the Kindle Fire edition for crossplay. You shouldn't need to use bluestacks or any other Android emulator if you just use the Windows 10 version.

If you don't want to use Windows 10 as your main OS and instead are still using Windows 7 or 8.1 (and you really, REALLY should be using Windows 10 on an internet-connected machine for various reasons), you could look into using a Virtual Machine to run Windows 10, though it's probably going to be slower.

As stated in other answers, you can get Minecraft Bedrock Edition on the Microsoft Store. As for sharing world files between devices, the path you're looking for would be %localappdata%\MinecraftUWP_8wekyb3d8bbwe\LocalState\, where you can find the path games\com.mojang\minecraftWorlds\, which contains a folder for every world you have. You can move this folder around to share the world between all the devices you have (they will be local copies, if you're playing multiplayer, all the data is saved on the host). The game changed the folder names a quite a while back and now it's an encoded version of the world name you see in the game, but there should be a levelname.txt file containing the name you see in-game, and a world_icon.jpeg file (but not always) which is the thumbnail you see in-game, so you can choose one of those ways to identify the world you'd like to share.

I'm not familiar with the Amazon Fire, but given that it runs on an OS based on Android, I'd guess it's similar, if not the same. The game started saving game data internally by default a while back (in /data/ partition, harder to access without rooting), but you can change it to save files externally on /sdcard/, where you can find a similar minecraftWorlds folder in /sdcard/games/com.mojang/. Just paste the world folder in there and restart the game, and it should show up. You can also copy world folders here and move it to your PC, this procedure works both ways.

Not all different versions are compatible to play on the same game. If we consider the "Could not connect: Outdated client!" message, your version might've been unable to play on the different version's world, and this actually happened to me. My friend was on 1.16.4 and I wanted to join their game until I realized I can't join because I was on 1.16.2, and had to eventually update.

TL;DR; Not all versions are compatible to play on the same game.