The emptiness of the deserts

I have been running around on my Java 1.16.4 world, and I have explored every chunk around the spawn in a 5000 blocks radius, but I have not found any desert. Is it possible that a minecraft world is generated with deserts further from spawn? Should I keep exploring or is there a problem with my world?

It's entirely possible - the biome map is generated with accordance with temperature map, which often spawns very large distances. You may see thousands of blocks of taiga, snow plains, ice spikes, frozen ocean, extreme hills, snowy taiga, mountains, giant tree taiga, with occasional birch forest, and not a sniff of a desert, a jungle, a mesa or anything like that, because the whole expanse is determined 'cold' and only generates cold biomes. It's very rare to see a cold biome neighbor a warm biome. Or you can travel for thousands of blocks and never see a splotch of snow outside tips of mountains.

This is a map of a server, nothing very special about the seed choice. The area is about 10,000 x 10,000. Observe the upper-right quadrant of the map. That's a 5000x5000 area without a single desert. Lower left also has hardly any. Upper left - savannas, deserts, mesa, and just a splotch of snow in the far corner. 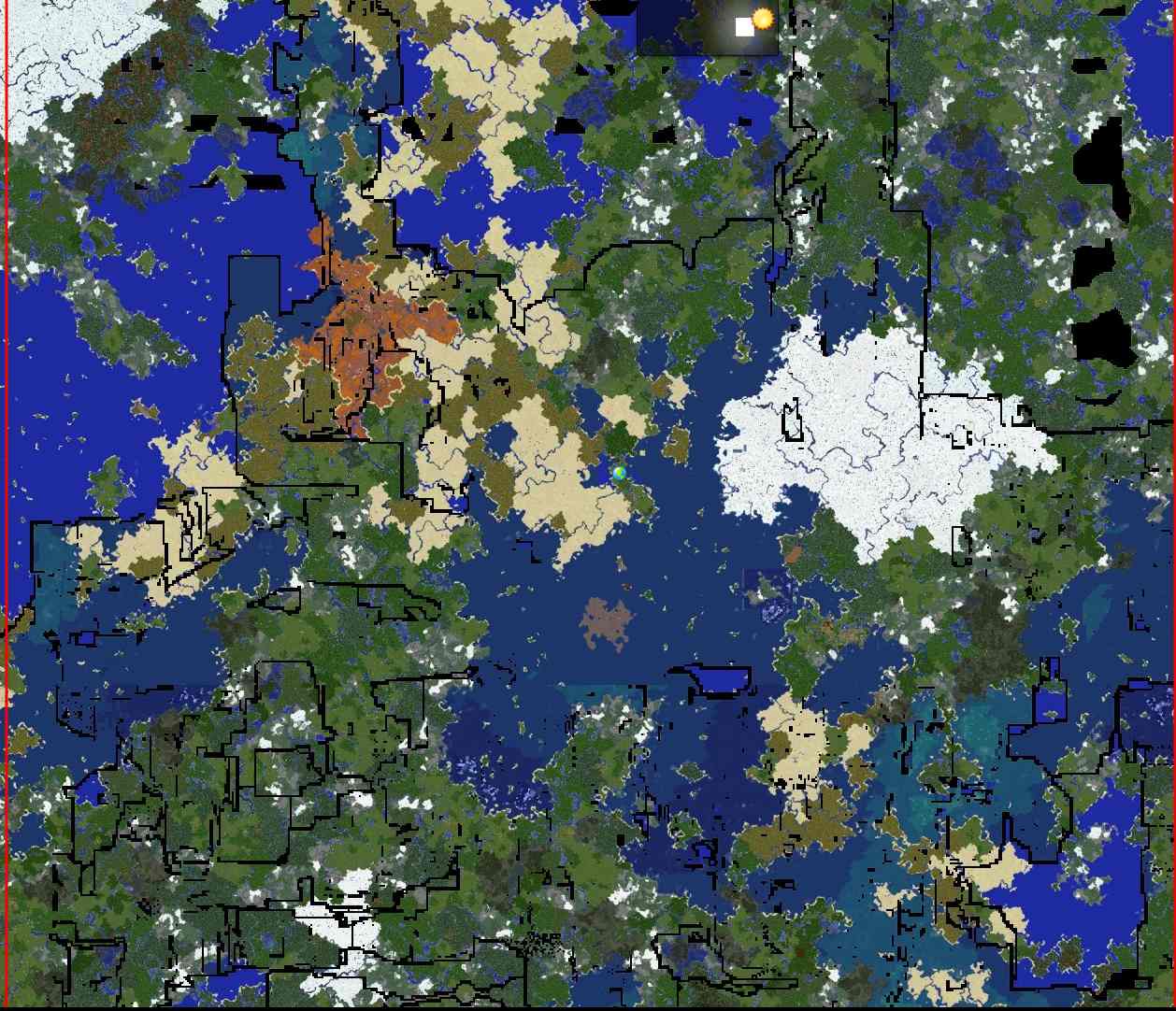 There are no know problems with deserts. You could use a software like Chunkbase to find the nearest one. Otherwise, keep exploring!

4
Minecraft worlds regularly getting lost!
6
Do nether strongholds only spawn within a certain radius?
2
Treasure chest contents - new content in old world after upgrade?
9
Can't keep up! Did the system time change, or is the server overloaded?
4
Keeping chunks loaded in minecraft
2
No slime spawning in slime chunk 2018 1.12.1
2
Minecraft World Loaded Detection Using Redstone (Save file load detection)
7
Why has Minecraft generated this 1-chunk wide strip of world?