How to force Minecraft to use more ram to decrease lag?

I have been experiencing a lot of lag when I play with mods even with OptiFine. So, with my 24gb ram laptop which has intel graphics, I tried to increase the default 2gb of allocated ram. But no matter how much more ram I allocate to the game, it won't use more than 2gb of it in-game. I tried to use the optimized settings in the Intel graphics command center as shown below, but it says I have to run the game at least once. I have played the game so many times already!

Before someone says this is a duplicate question, yes I am aware that there is a similar question here: Why isn't Minecraft using the full amount of RAM? However, he uses Nvidia graphics, which is different than the Intel graphics that I have. Thus, any ideas how to force MC to use more ram in-game to decrease lag (or other ways to decrease lag)? 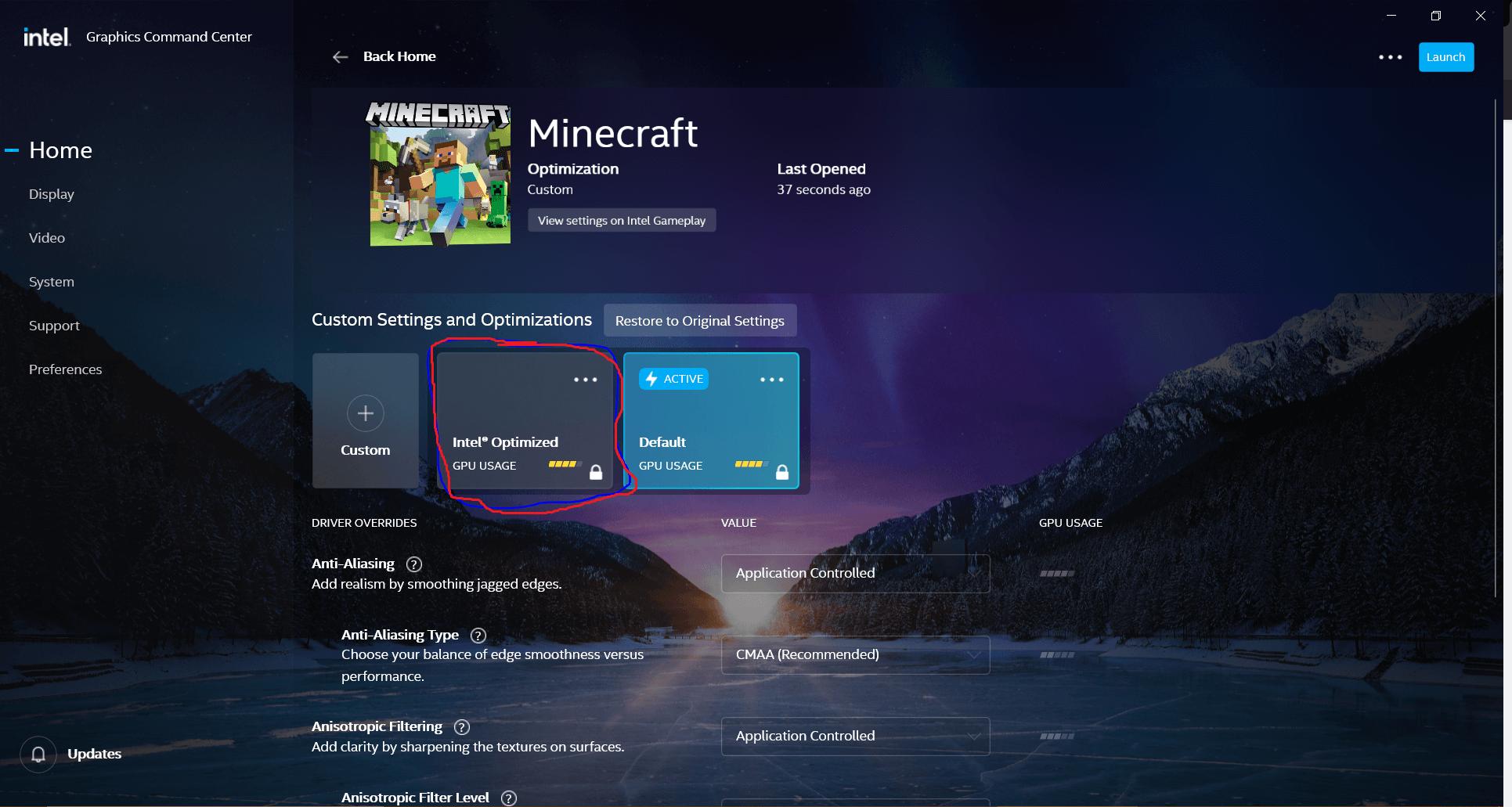 There are other ways to reduce lag. such as turning Vsync off, changing the max framerate, and changing quality levels to fast. that works great, my proof is my lag went from 36 to 291 FPS.

In case of this specific type of lag you've encountered - repeated periodic freezes of order of a second every couple seconds, occurring most frequently after a period of fast travel through the world (as opposed to spending time in one area), increasing the amount of memory allocated to Minecraft helps.

Garbage collection should be still reasonably fast, and the hiccups should stop.

4
Why isn't Minecraft using the full amount of RAM?