Least amount of ender pearls and blaze rods to leave the nether? (speedrun)

I am just curious about what speedrunners most commonly aim for in random seed glitchless, and what I should aim for. I have already searched this but I got a wide range of answers.

Is there a minimum number, or even a rough number I should aim for to at least cover the minimum requirements for Blaze rods and ender pearls?

Least is zero, in Set Seed runs on a seed where all end portal sockets are already settled.

On 'random seed glitchless' which is currently about the most popular category, 13 pearls is a safe amount. Get less and you're risking.

First off - regarding the end portal:

Next, eyes of ender:

The eye has a 20% chance of shattering. The player can throw the eye an average of five times before it shatters.

So you need 11 pearls to be mostly on the safe side regarding the portal - only 28.2% of strongholds don't have one. You need more to find the stronghold - it's unlikely not to break at least one eye of ender in the process, but that part is in equal parts luck and your own skill at triangulation - a great player will get the stronghold in 5-7 throws, a beginner may require 20 and more. And last but not least, if you're one pearl short, the run isn't dead yet, as chances are good there's one in a chest in the stronghold.

Summing up, with 11 pearls you need great luck - not break any, and have at least one in the portal, or if you break one - have two in the portal. With 12, you still have a good deal of a chance of losing - if one pearl breaks and the portal is unsettled, or two break. With 13 and more, you're mostly safe.

Obviously 1 blaze rod produces 2 blaze powder, so you need at least 6, preferably 7. If you have more pearls than 12, don't craft the last eye of ender unless you actually see you need it to fill a slot - a spare enderpearl can save a bunch of time getting from the spawn platform to the central end island in case you spawn way off the edge of it.

Regarding number of drops, I ran this rig for a good while, used up 12 stacks of gold, produced over 3 chests of 'junk' and obtained 258 pearls, in the following ratios:

It's still a bit too little to have full statistical confidence but it seems there is no special bias of any kind and all the allowed trade sizes appear at roughly the same frequency.

This applies to 1.16.1 - there's no point speedrunning 1.16.2 or higher, as there's no separate category for these and both pearl trade frequency is halved, and the trade amounts are 1 to 4 instead of 4 to 8 pearls. 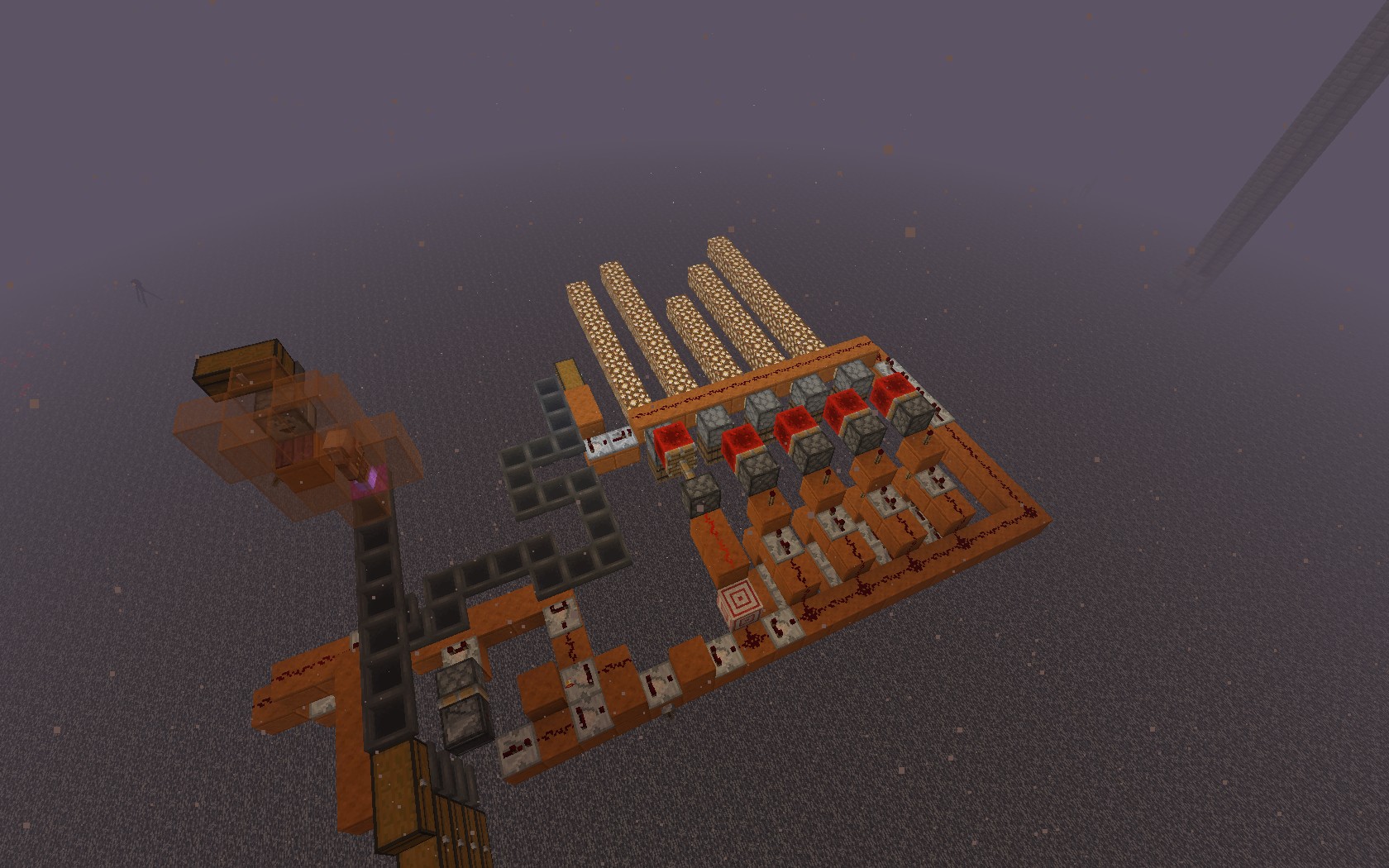 In speed runs you just have to defeat the ENDER DRAGON.
You will need around:
1. Ender pearls = 13 - barter/kill ender-men
2. Blaze rods = 7 to 8 - Nether fortress blaze spanwers
3. blocks = around 2 stacks - any
4. Diamonds = If needed - Nether Fortress Chests
You can Barter from Piglins for the ender pearls and blocks.
This is just speed run on random seed without glitches.
Plane Speed run

Not the answer you're looking for? Browse other questions tagged minecraft-java-edition speedrun .

19
I've lost my portal home, and I am invincible. How can I leave the nether?
23
How do I get the Ender Dragon egg and what does it do?
4
How does UUID least and UUID most effect the UUID of the mob you summon in
4
How do I bypass the cooldown for Ender Pearls?
6
Nothing spawning in The Nether, even from a blaze spawner. (on a server)
3
Viability of quickly farming ender eyes from pre-1.8 villager trades