Why are my Factorio rail lines having problems?

I have a pretty messy network of rails that all 5 of my trains pass through. 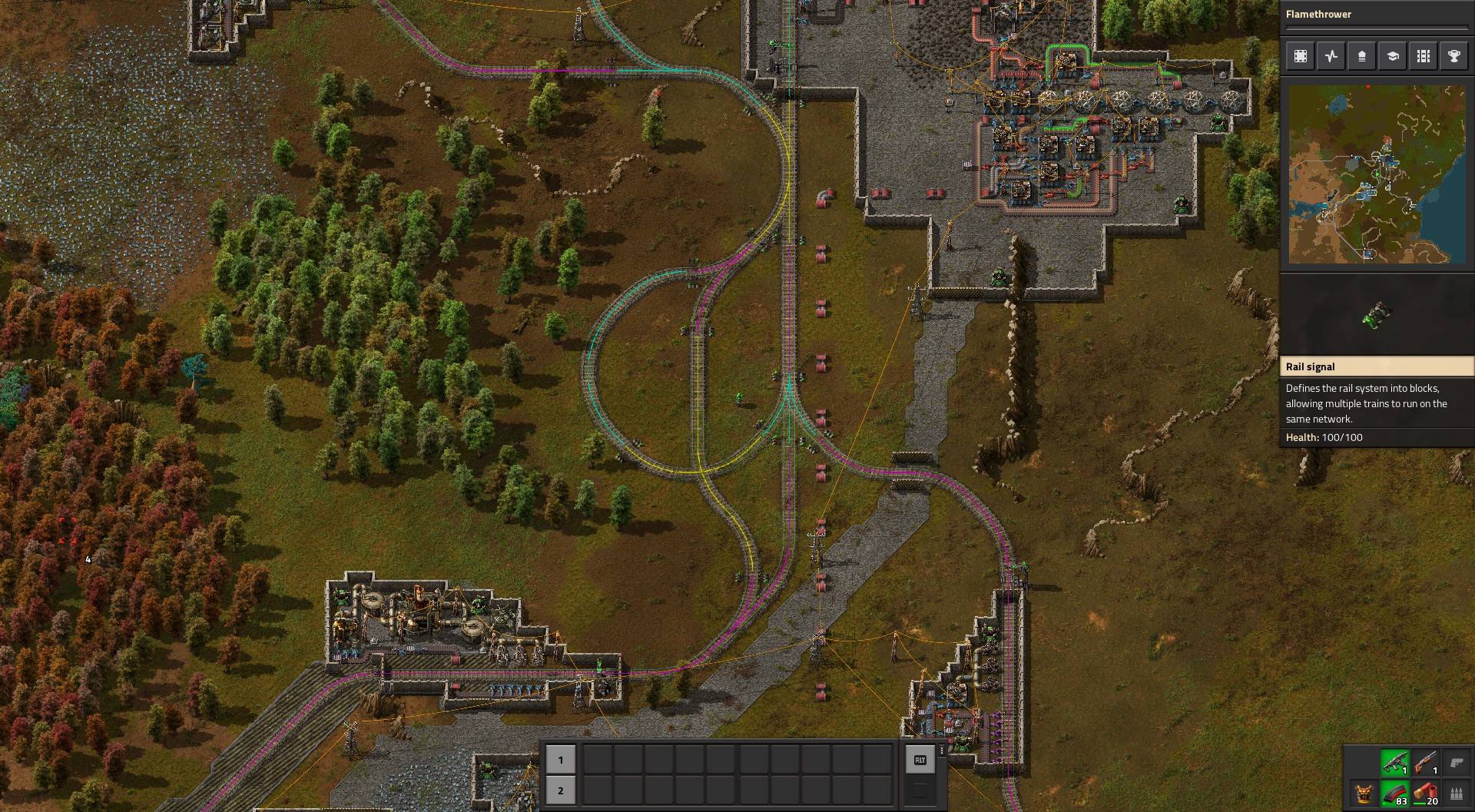 Despite my best efforts, my trains keep ending up stuck at the three way split in the middle, despite often being able to take one of the routes around. Why is this happening? What would be the easyest way to fix it?

Many people will tell you as the very first thing to avoid two-way tracks and use a pair of one-way tracks, one in each direction. Doing so will improve throughput, but isn't strictly necessary to make a system that doesn't jam.

What you need to do to not jam is make sure not to place too many rail signals: a rail signal must not be placed in a location where, if a train stopped before it, the train ahead blocking that train could also not make progress. (Or that same situation but with more than 2 trains.)

You will probably have to tear down your track and redesign it, because right now you have way too many spread-out connections that are not part of widely-spaced intersections. If you don't have enough room, see if you can make sure that trains only pass through the area in one direction — that way they might be blocked by trains ahead temporarily, but they can't deadlock.

That will prevent jams. The next step is to improve throughput by using chain signals. Chain signals allow you to break intersections into smaller parts so multiple trains can use an intersection at once — the trick is that a train will not enter a chain-signaled area until it can reserve a clear path through the entire intersection (or rather, the entire track up to a non-chain signal).

The usual way this is described is that you should:

10
Why do Biter Spawners appear inside my base in Factorio?
3
Why are some of my inserters shy?
8
How to design a secure foot or car pathway across railroads in Factorio?
1
Why is this rail signal not creating a new block?