Why is this rail signal not creating a new block?

I am making a rail loop to collect all my raw materials and then take them to my processing sector. 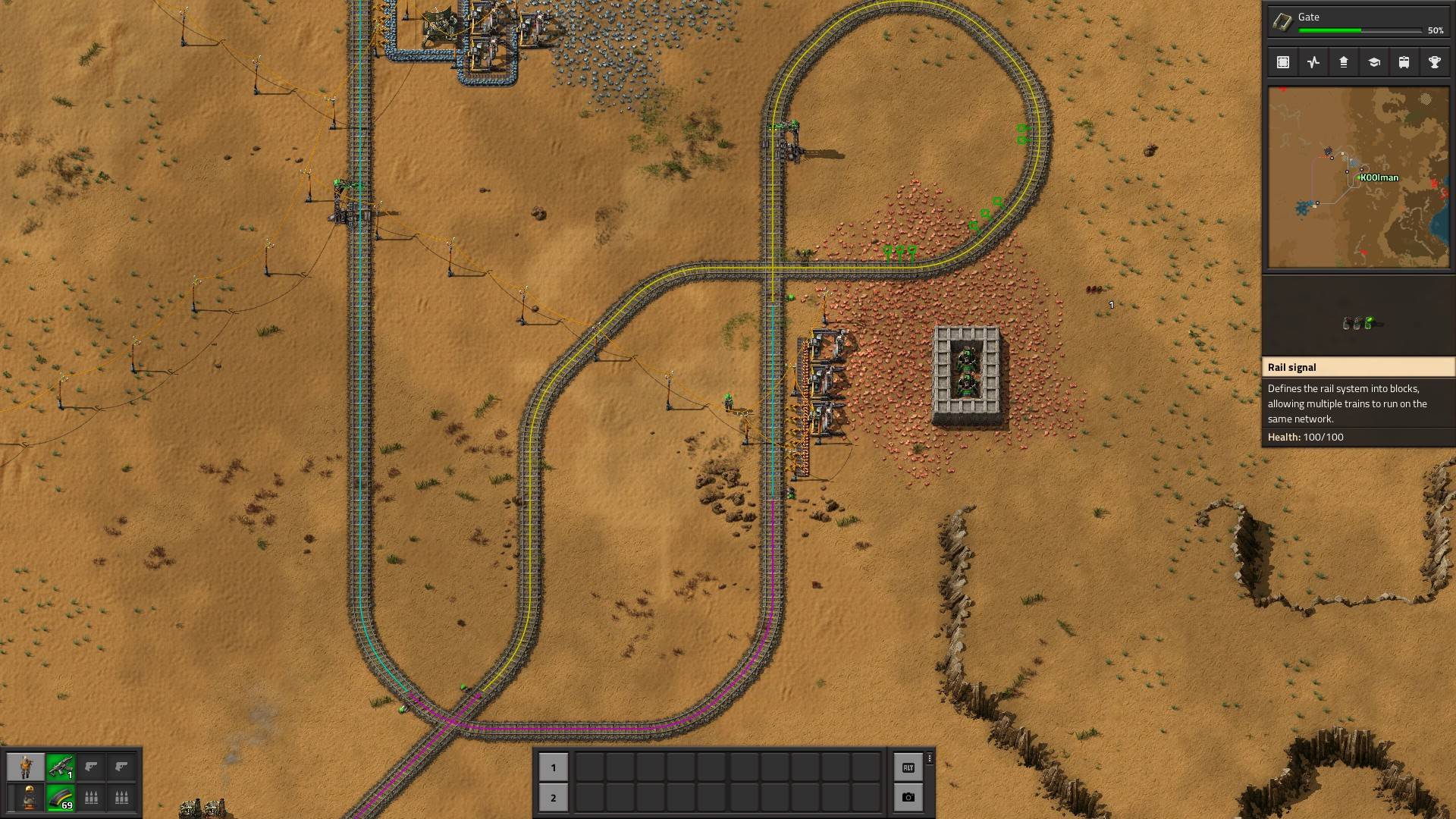 Because of a pesky cliff, I have been forced to have my track loop back on itself. I decided that, even though this track should only see one train, to put some signals on there just in case. After setting up the signals, I noticed that the signal right after the loop was flashing and had not made a new block, despite it seeming like there was no reason for it not to.

Why is it not making a new block and how can I fix it?

In general, any place train tracks cross — and thus could cause trains to collide — is always one block. Your signal is flashing because the track ahead of it and the track behind it are forced to be the same block by the crossing — it is unable to do its job of splitting one block into two. (You'd get the same flashing if you put exactly one signal on a single loop of track.)

However, it is probably a better idea to not put any signals within the loop at all, because it really isn't long enough for multiple trains to usefully occupy. Instead, just move your signal that's to the right of the crossing to the left of the crossing. That way, a train at the station will occupy a block consisting of all of the track that it's obstructing anyway. 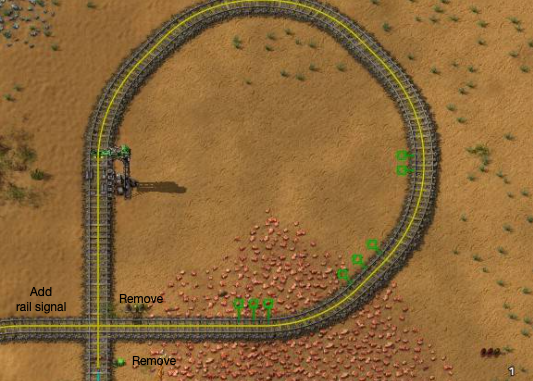 I also suggest you remove the signal just below the crossing. Instead, place a chain signal at the beginning of the station, behind the mine loading — the place where the rear of the train will sit while it's loading. This way, there's one block for the extent of the station-when-in-use.

7
Why does this steam engine fail to run?
13
How to signal this train junction properly?
11
Why are my Factorio rail lines having problems?
6
Why is this arithmetic combinator not working?