Which Pokemon Go fast move is this from Rocket's Porygon/Porygon2/Porygon-Z?

Sometimes Team Go Rocket uses a Porygon, Porygon2 or Porygon-Z with the fast move shown in the picture. Which move is it? There are features unusual to it: 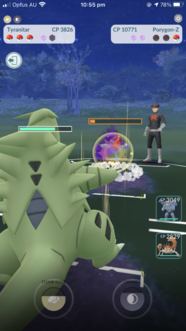 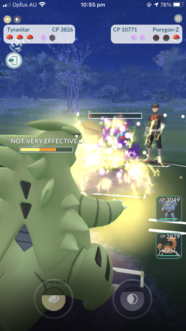 Opposing Hidden Power in a Team GO Rocket battle (or raid) is always Fighting-type. It is also bugged in that it states "not very effective" based on whether the opponent resists Normal-type or not, not the actual type of the move (in fact, it can never be Normal-type). It also always has the same Electric-type animation regardless of its type (thank you Wondercricket). And it can deal a large amount of damage to Tyranitar because it is 4x super-effective, whereas none of Porgyon's other moves are super-effective.

So the move is Hidden Power Fighting.

25
Which generation does Pokemon Go base its move type effectiveness on?
0
Cannot move/do anything in Pokemon Go tutorial
8
Is damage from defending Pokemon normalized for slow and fast attacks?
3
Playing Pokemon Go on a fast-moving Train?
6
Are Fighting-type moves viable against Snorlax?
7
Does the Pokémon's weight affect the damage for "Low-Kick"?
1
What determines how fast a Main Move becomes charged in Pokemon Go?