Is the tower game shown in the 'Hero Wars' ad a real game?

I was playing a game on my phone, and an advertisement appears about the game 'Hero Wars', but Hero Wars does not play anything like what is shown in the ad.

The advertisement shows a hero being placed on various levels of a tower to defeat enemies and level up: 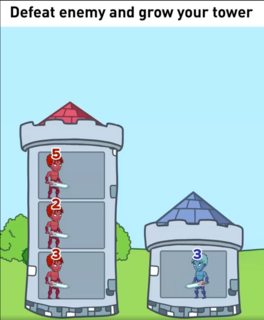 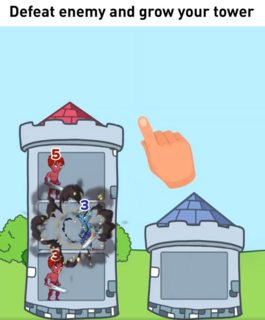 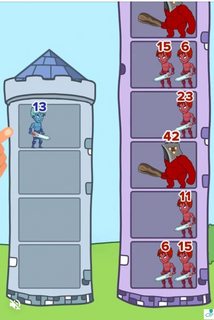 Really, there's a general rule to go by: when you see a mobile game ad, there are very good chances what is shown is not gameplay, or not even related to the game. Some of these mobile games (Homescapes) are even being sued for misleading advertising.

So yeah, except for the characters in the ad, nothing of what is shown exists in the 'Hero Wars' game.

I would expect no. The gameplay shown is a very easy puzzle, and they are banking on the dumb (but I guess working) trend in mobile advertising where the puzzle is basic, kindergarten math (usually shared with some sort of challenge like "98% OF THE POPULATION CAN'T DO THIS, CAN YOU?") Like the puzzle shown in this ad. Just pick your character, and then go and check every enemy. Is his level HIGHER? OR LOWER? If lower put against.

You might find a puzzle that looks like this in a puzzle compilation game, but a game that has this basic mechanic as it's only feature? Not that I know of.

EDIT: There is now also a GameTheory episode that digs down as to why those ads never seem to fit with what the game actually is.

Aside from being a misleading advertisement used by "Hero Wars" and "Mighty Party" this was actually turned into a game and released on April 02. by the developer TuTapp.

It is currently available on the Google Play store under the name Hero Castle Wars but recommending the app is difficult because it not only constantly prompts the user to rate it but the levels sometimes cannot even be solved as seen in the following screenshots. 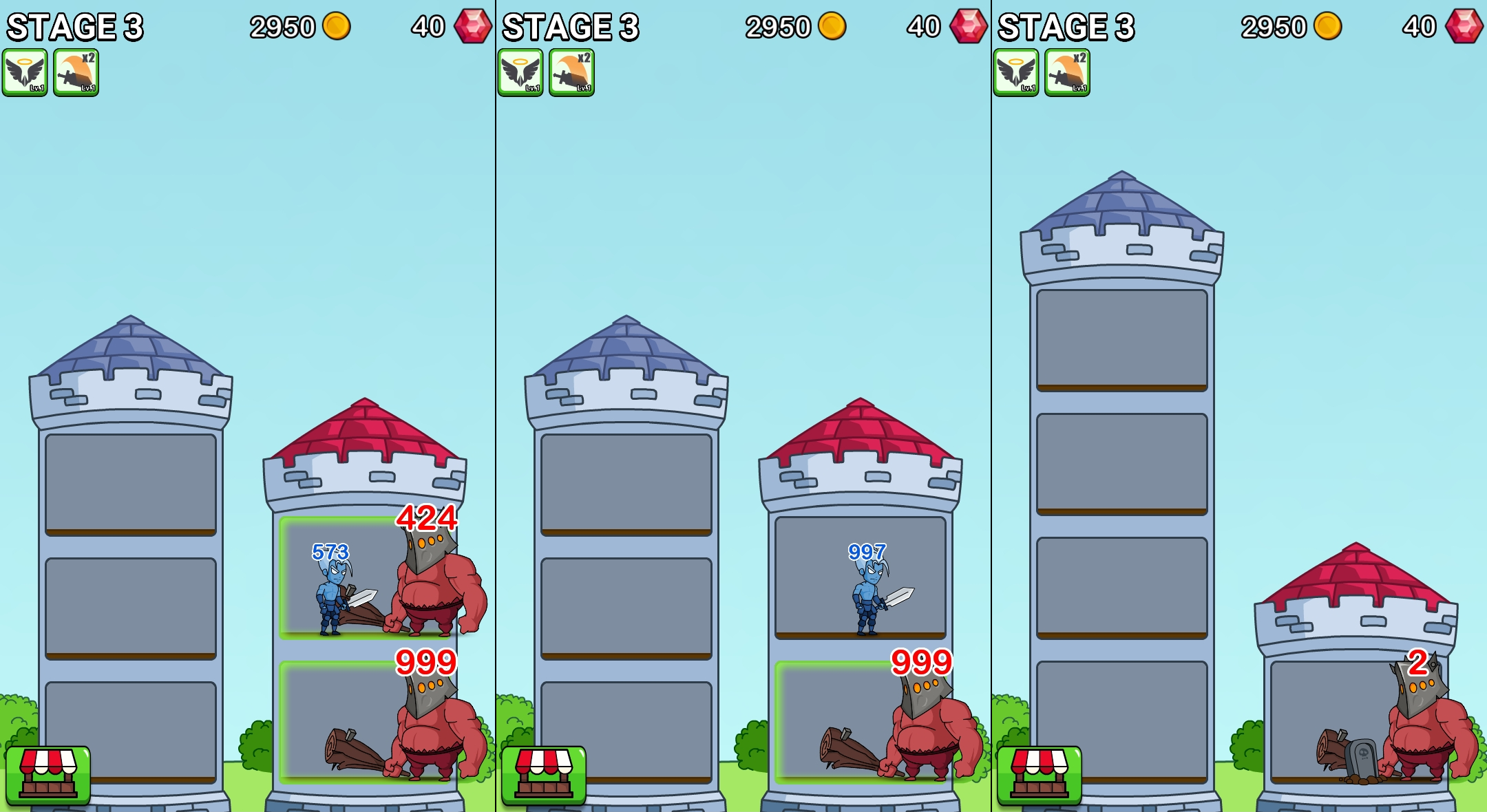 Yes, not in the games that use the ad, but it exists.

This advertisement is misleading and does not show actual gameplay. Here is a video showing the differences.

Mobile game advertisements are often misleading, but this is an actual game, even if the shown gameplay is fake.