Fallout 4 - Materials not being shared

I have the Local Leader perk installed and have been enjoying building up settlements all over the Commonwealth & the Island, sharing the resources though supply lines. Recently I noticed though that some of my settlements are not actually sharing materials. For example, I have 2 shipments of concrete in the workbench at Sanctuary, which is connected to all settlements: 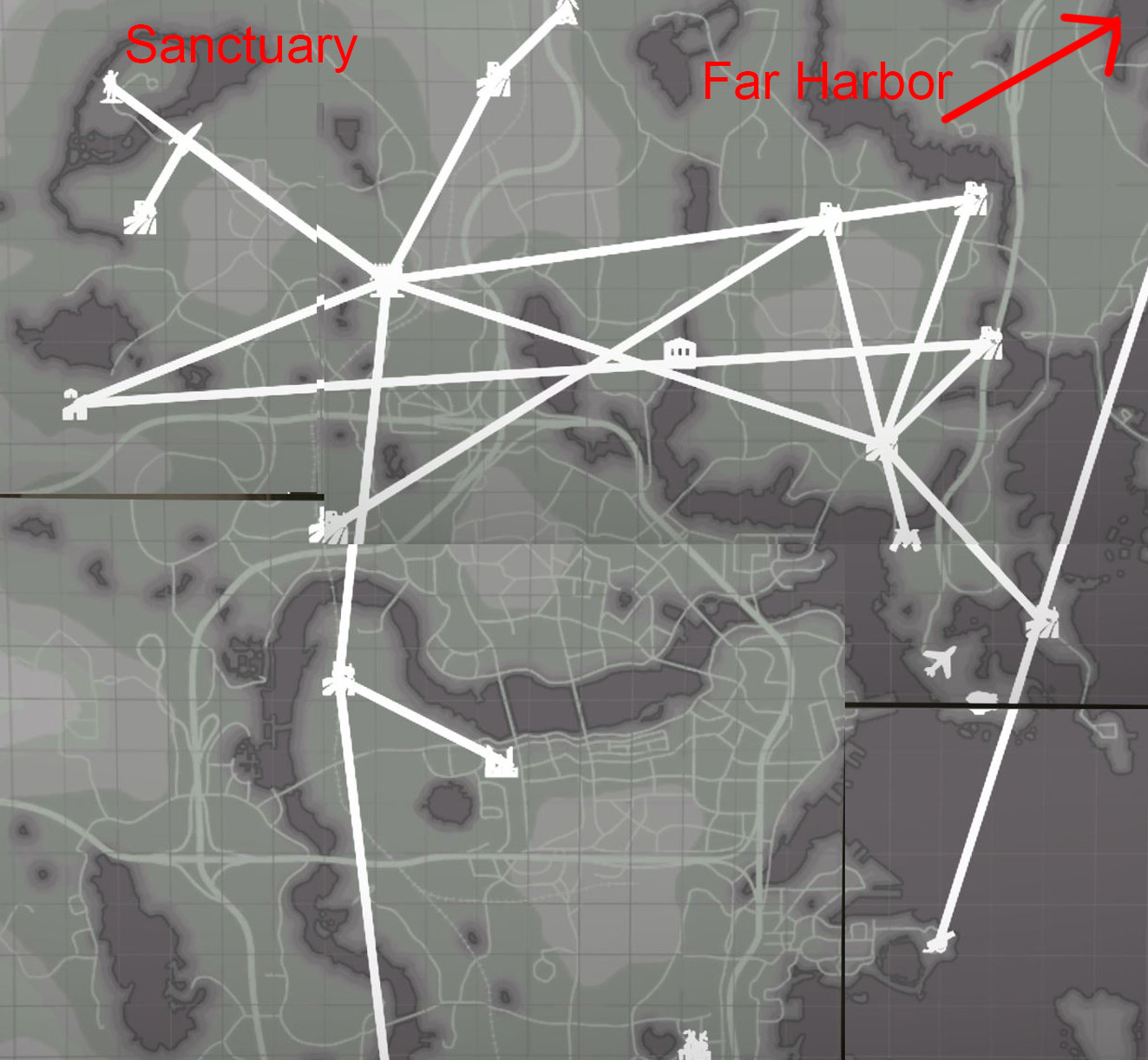 But I am unable to build anything with concrete at Longfellow's Cabin & Dalton's Farm (both on the Island). I thought at somepoint that both these Island settlements were connected to the rest of the grid but it appears they are not. I just started building up Longfellow's Cabin, and assigned him to the Supply Line duty, but it appears there is no concrete shipment avaialable (I actually cant build anything out of concrete).

So my questions are:

What can I do to make sure settlements are actually connected?

Caravans do get occasionally stuck and indeed there are glitches that break them down, it's not a very stable mechanic and I have no definite answer what's causing it. I have some vague memory about power losses in one settlement causing problems, because beacons etc go offline. Or maybe it is missing something else like food or water, so that the caravanner can't work. If a settlement is attacked and you don't respond, raiders will break things up. Including, power, food or water. You'll have to repair the resource if that happens.

You can also try to hunt down the person assigned as caravanner and re-assign them the same route. If they get involved in fights with raiders etc that might also cause problems, but that only happens when the player and the caravanner are both near hostiles.

Also avoiding excessively long routes seems wise, I never had much problems when I just connected all settlements to the closest one and built up a network like that, rather than having most of them go to lets say Sanctuary.

Is the Island actually capable of being connected to the Commonwealth through supply lines?

Yes you can connect to Longfellow's cabin in Far Harbor and also to the gas station on the Nuka World DLC map. It works like any other trade route, though I always picked a settlement near the DLC map. For Far Harbor, the nearest would be "Coastal Cottage" and for Nuka World, "Sunshine Tidings". Not sure if it matters.

15
What are all the differences between Minutemen versus Brotherhood of Steel being in control of a location?
6
Can I buy shipments of materials off settlement stores in Fallout 4?
4
What influences the availability in the settlements supply line target selection?
8
How do you stop settlers from being hostile in Fallout 4?
0
Can not start final quest for Minutemen - Fallout 4
3
Which settlements allow the largest number of triangles and draw size?
5
In Fallout 4, Mysterious Stranger does not appear any more?