I am attempting to set up my PS4 controller on Steam PC and there are numerous button inputs not being detected. At the very least Steam does detect the controller, but when I try to set up the input layout as it requests, it does not detect the PS, center button (As shown equivalently in this picture): 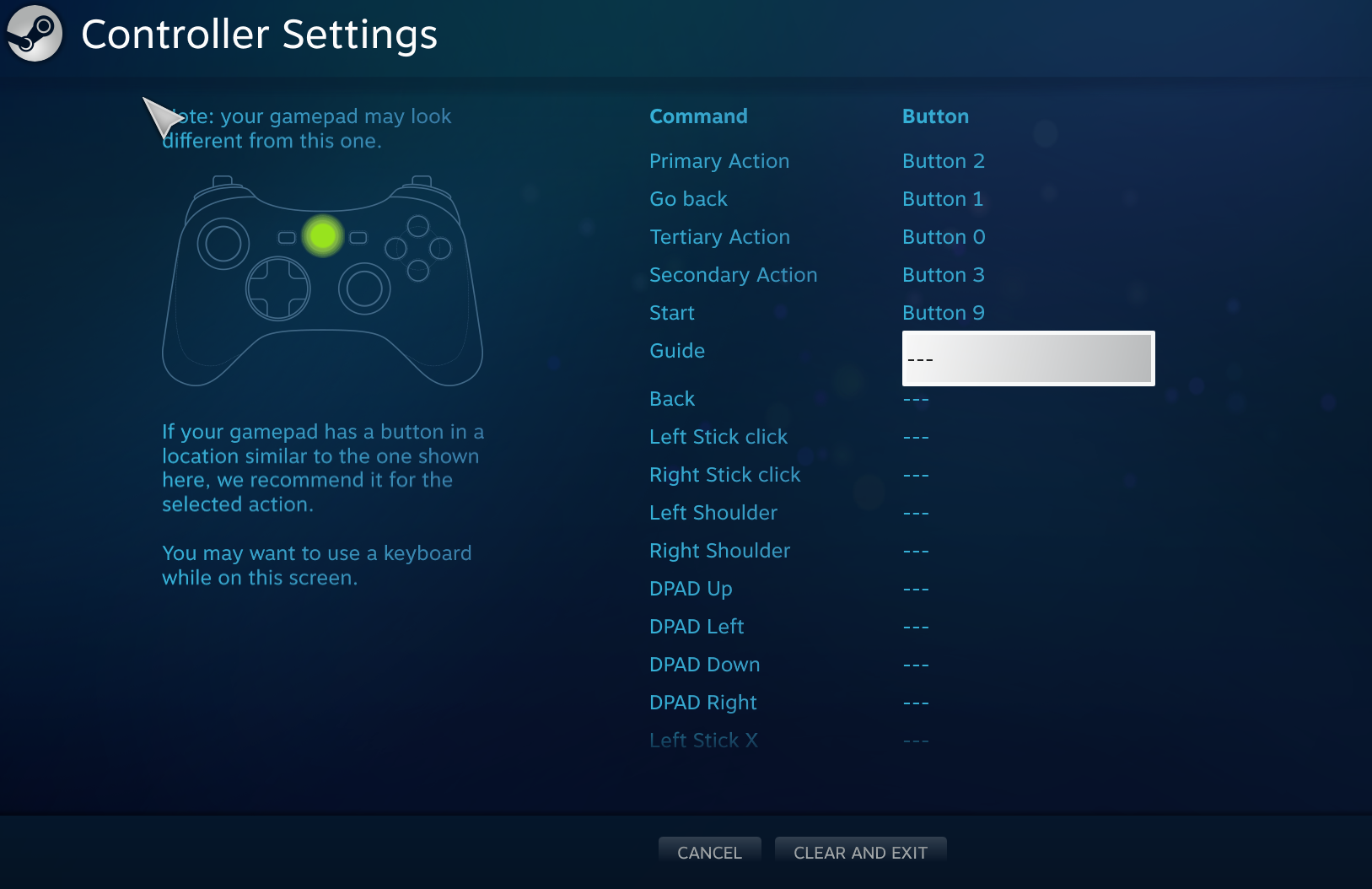 Plus it does not detect any inputs from my right joystick (Movement in X and Y and Z [button press]), nor does it detect any inputs in the horizontal (x) direction or button press, (Z) direction of the left joystick. This is a brand new controller and I actually did get it to work for one game before in its entirety. However, when it did work before, I didn't have to manually input the layout and Steam didn't have any issues with it. It was disconnected once from my PC and then upon re-connection it began throwing this fit. I have already tried the following:

SophiaSophia
2111 bronze badge
New contributor
Sophia is a new contributor to this site. Take care in asking for clarification, commenting, and answering. Check out our Code of Conduct.
Add a comment  |

Browse other questions tagged steam controllers or ask your own question.

9
PS4 controller / Dualshock 4 for Mac not working
11
Why does my controller stop working in GTA V after opening Steam overlay?
5
How can I Override controller input when remapping the buttons?
2
How can I get my PS4 controller to work for Legacy of Kain: Soul Reaver on Steam?
4
PS4 Controller paired over bluetooth “Connected” but not working