So, today I was playing the game Pokemon Red on my Nintendo Gameboy and I went to the Pokemon Center to heal my Pokemon, and then go to the pc to check my other Pokemon. When I got to the pc, I deposited a zubat, and then used withdrawal to check all the other Pokemon that I had caught. When I went into the withdrawal screen some lines were empty, while others had scrambled text. My deposited zubat looked normal, though. Every time I clicked on one of those scrambled pieces of text, it sometimes showed me a screen with lots of small images on it (sprites for the game?) and then just showed me a white screen. I turned on and off my Gameboy and went into the game. Shortly after I did that, a horizontal white line appeared on the screen. Every few minutes another white line appeared. At the time of me writing this, there are 4 lines on my screen. Even now that I am trying to play the game, as I walk, there seem to be more lines. Now, this is the point where things start getting really weird. I decided to try withdrawing another pokemon with a scrambled name. This one appeared to be a spearrow. Surprisingly, it worked. Then I tried another Pokemon. This one was an Oddish, but it had no name. As soon as I deposited the Oddish, my game crashed and the screen turned white. I wondered what would happen if I put Pokemon Red on my older, other Gameboy. My older Gameboy has vertical white lines off to the side, kind of what my other Gameboy has. The Pokemon names were still broken, and there were no new lines coming on the screen except for the older ones. I decided to put in Super Mario Land 2, and something weird happened. The vertical lines on my old Gameboy's screen just disappeared. I tried this on my other Gameboy, but no such luck.

My questions are: What are the lines, how do I remove them, why are the names in the pc scrambled, and how do I fix them?

NOTES: I have not performed any glitches. All my Pokemon in my party are between lvl. 10 and lvl. 20. I have 1 badge, and I am working on the second one. Currently, I am in Cerulean City.

EDIT: Here are some photos. The first one is with me turning up the contrast, and the second is with the corrupted text. Sorry for the low quality! 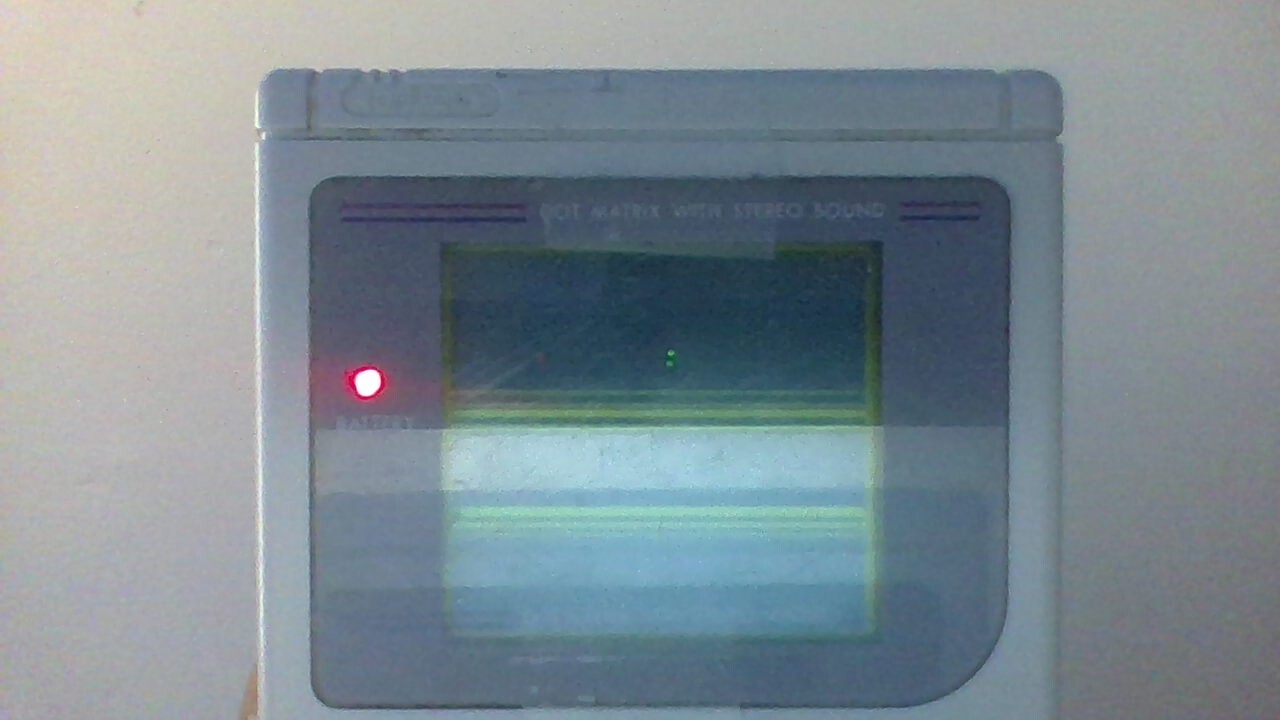 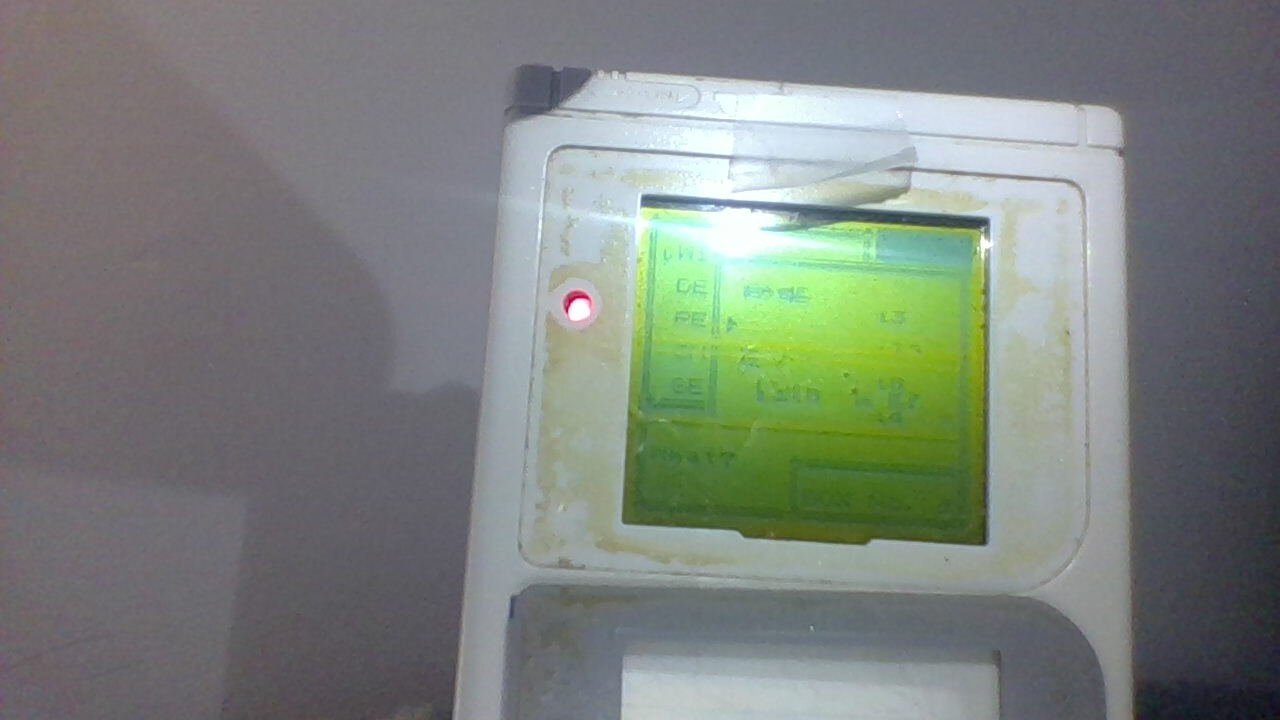 OK, putting this into an answer since I realized my comments didn't have the proper sense of doom. This probably isn't fixable, as far as I know, because it is all in the circuits and hardware of the game or the gameboy, which you can replace, ie. Get a new game or use a different gameboy, but that's definitely not the same as fixing the issue.

So there are two places you can have problems - the game cartridge, or the gameboy itself. Having two Gameboys makes testing this much easier.

Since running Super Mario Land 2 made the lines go away, it makes me think that the problem really just is with the Pokemon cartridge.

I bet that the game's ROM and memory addresses or instructions have suffered from bit rot or something like that, and that the gameboy is probably trying to run the corrupted game, and struggling.

I'd be curious whether you get the lines or any similar issues with other games!

I have a copy of Link's Awakening DX that has some corruption (I think) but it's a little subtler than this. My take is, it's unique enough to have a game that's creepypasta worthy! (Especially if it's unfixable) So I just treat it like a special version of the game.

So summary: As far as I know, there's no fixing it. Maybe some gameboy or circuit experts will know magic tricks.

Things you can try that I know of:

7
Black screen when opening a SC2 replay
3
TF2 crashing during map transition
1
Flickering random white points / lines on black shadows / textures
6
Using Rin-gameboy emulator with VisualBoy Advance
6
I lost my game save by changing Gameboy. Can it be recovered and if not, will it happen again?
2
Nintendo DS Lite glitchy screen
23
What sort of hardware was used to transfer Mew at Pokemon Red & Blue worldwide events?