What is this spawn egg item, and how do I remove it?

I was working on a project in Minecraft Bedrock Edition, when I came across this spawn egg in the creative menu. I was curious about what it spawned, but when I tried to use it, it just spawned an odd cube thing (see image below).

I am now unable to remove the spawned block, despite being in creative mode. I also unintentionally spawned several of them by misclicking. It's right in the middle of my build, and quite the inconvenience.

EDIT: The world I was playing in was one downloaded from the marketplace and I initially didn't believe that it had any additional resource or behavior packs but after double checking I've realized that it does, the world was called Minecraft; The Mountain (I believe it's based off of some book? Idk it just looked pretty so I wanted to build in it) and it came with a resource pack and a behavior pack, both of which share the same name 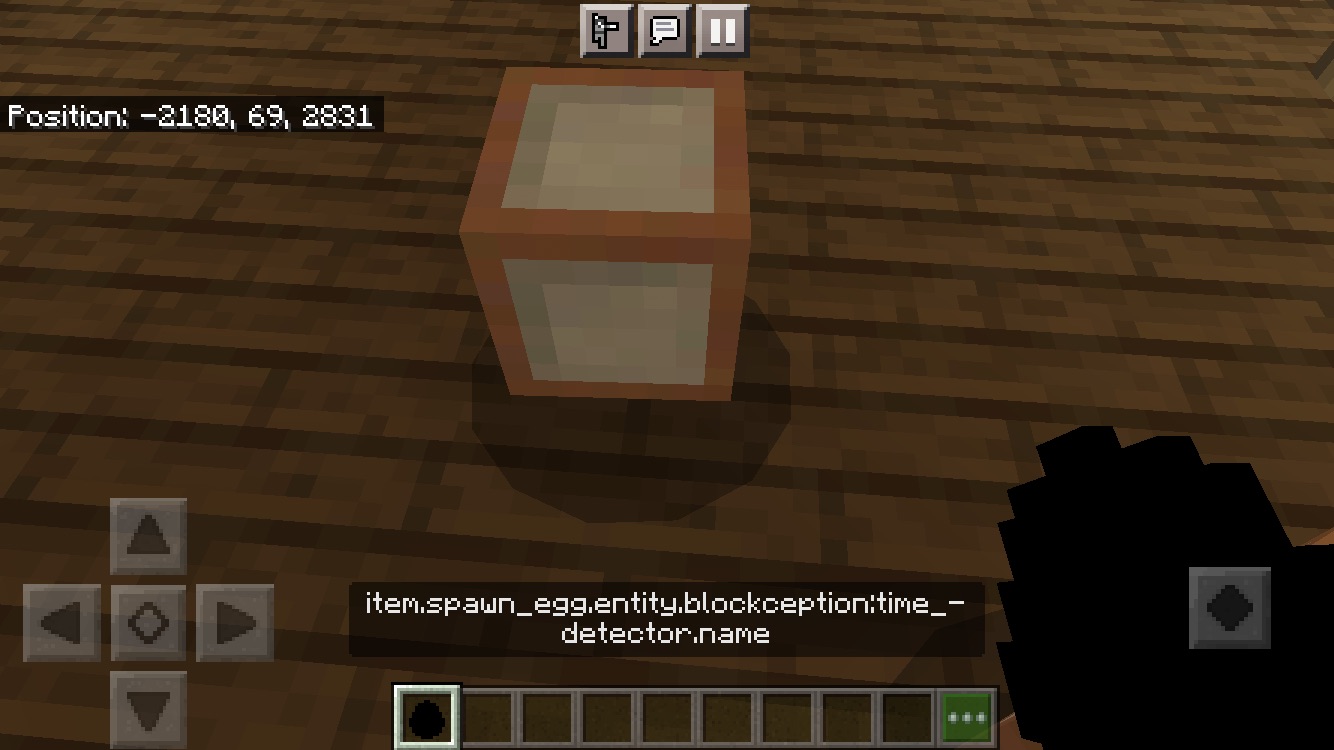 What is this spawn egg item, and how do I remove it?

As it's a entity, perhaps a /kill @ e command would work with this situation. In my experience this command is able to kill or despawn any mobs and/or entities in the loaded area.

6
Dark room Mob Spawner doesn't work, even on Superflat at daytime
2
Using the same player when I connect to a local phone server from a different device?
1
Why won't my ocelot turn into a cat?
8
Minecraft Pocket Edition giving "Could not connect: Outdated client!" and "Unable to connect to world" error between version 1.16.201 and 1.16.40
2
Spawned under water in Bedrock edition?
1
Why is my Minecraft multiplayer world really laggy?