How do I counter the frozen floors?

I have just started playing "Dungeons & Dragons: Dark Alliance", and even from the early levels, I am coming upon a lot of frozen floors. When I walk over them, I take damage, and become slowed. They clearly aren't meant to be avoided; some have treasure chests smack bang in the middle of them, others have various other treasures scattered around.

At first, they were not a real problem. I was playing on the easiest level of difficulty, and I could jump over the frozen sections, or run right through them without incurring much of a penalty. However, on higher levels of difficulty, a single tick from the damage buff almost completely wipes out my character. 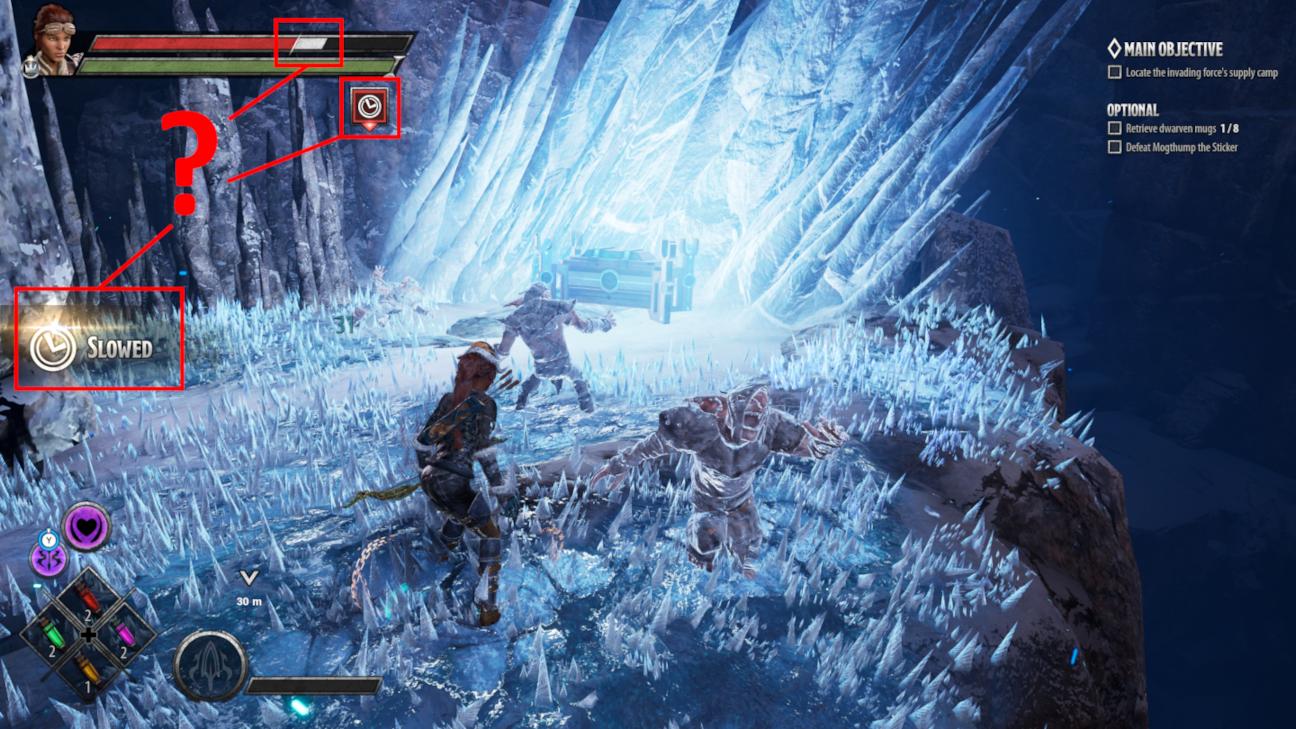 How do I counter the frozen floors?

This took me way too long to figure out, as the game does not outright tell you. You are actually completely immune to the effects of frozen floors while under the "Warmth" buff you gain by moving near one of the flaming swords - there is almost always one of these swords in or around a frozen section, and in the few cases where they are not, the frozen floors can be completely avoided. 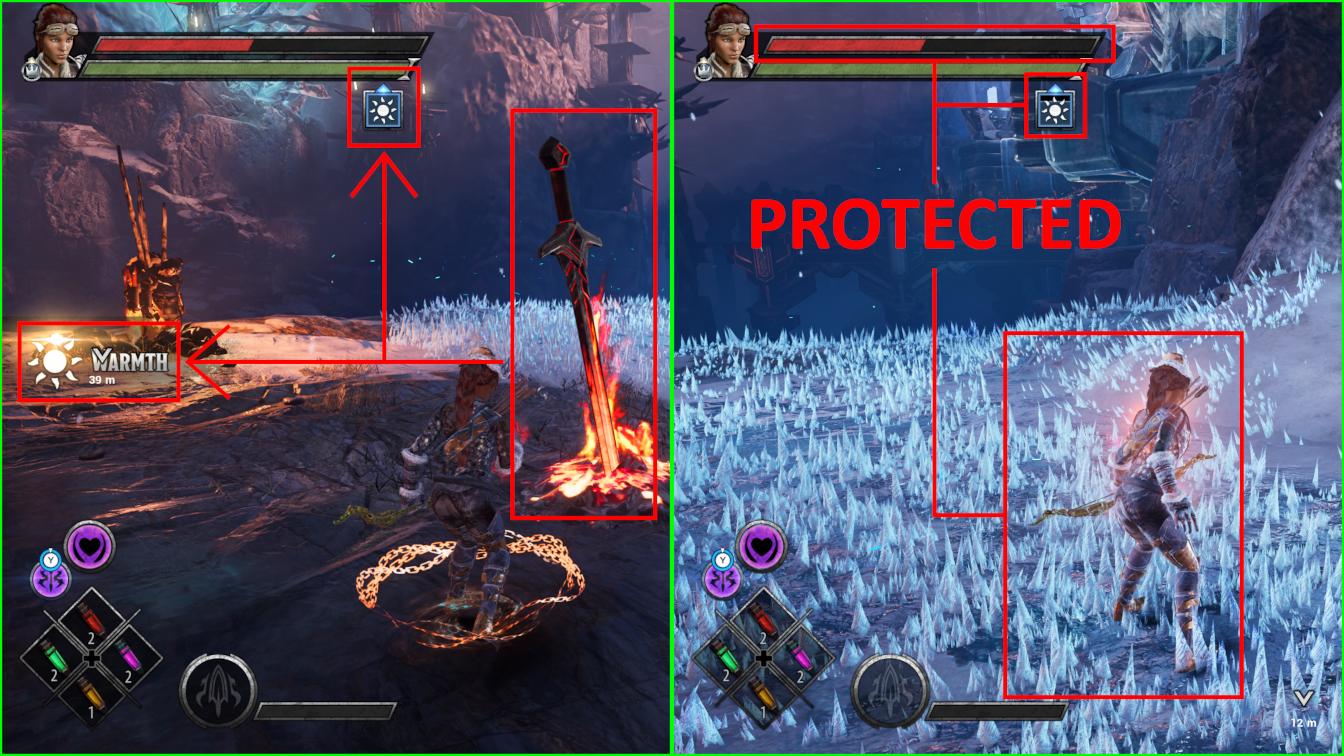 Just move close enough to the flaming sword for the "Warmth" buff to appear, identified by the icon of the sun, and make sure you have finished exploring the frozen sections before it runs out. Alternatively, for larger frozen sections, make sure to reach another flaming sword before the buff runs out. Some of them may be hidden behind rubble that needs to be broken down.

Note that only flaming swords appear to give this buff; other sources of fire, such as regular camp fires, do not.

3
What's going on with the backstory?