I am having trouble with polygons drawing incorrectly. On Mario's feet there are dark polgons drawn around the edges. In Mario Golf 64, there are overlapping polgons. It looks like a z-sorting issue. I don't see any options to address this issue in retroarch or in the parallel plugin options.

I can't find anyone having this problem. I have tinkered with settings and gone back to defaults. Any ideas? 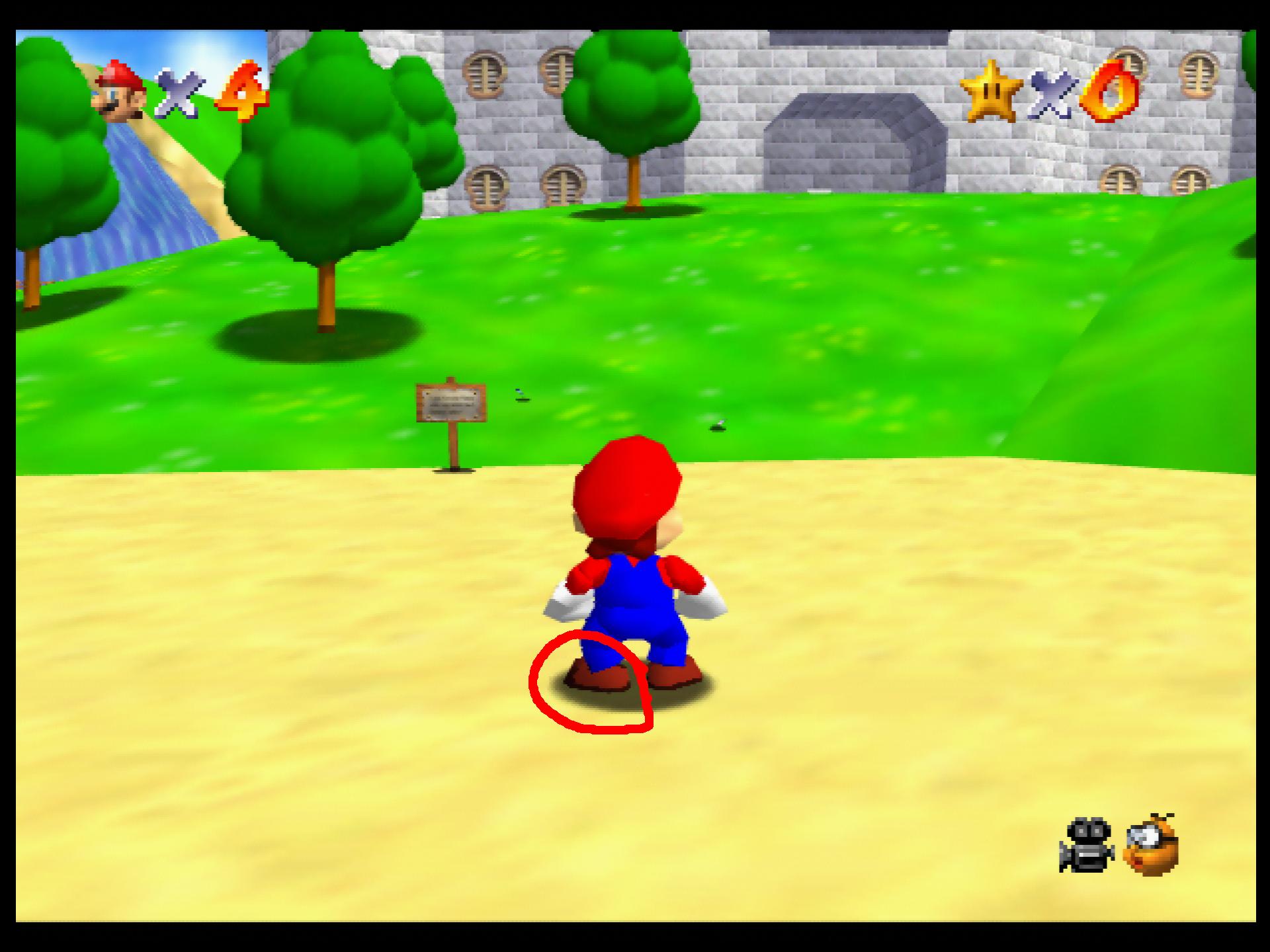 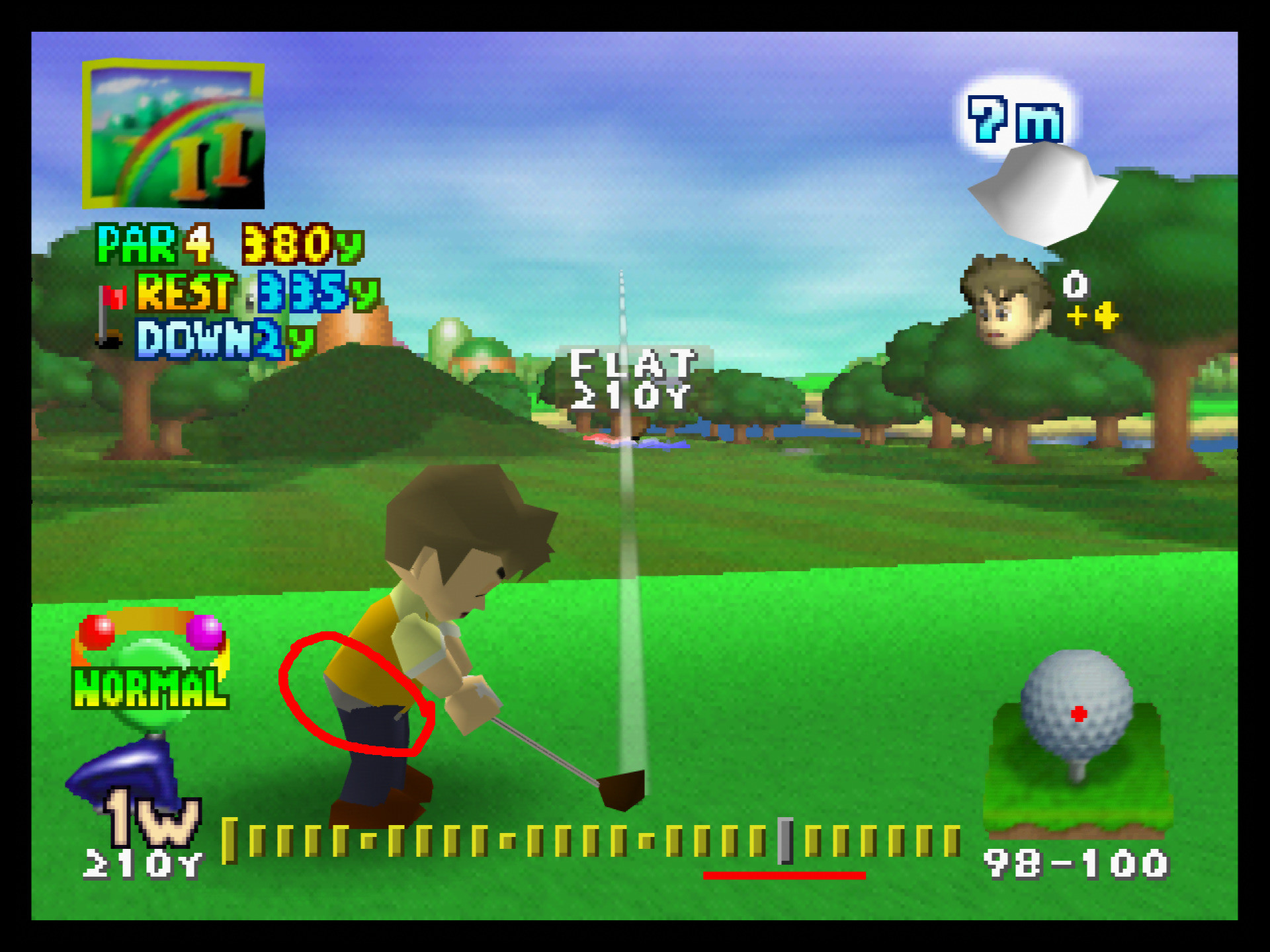 The artifacts you refer to appear to be present when playing the games on physical Nintendo 64 consoles.

There is nothing wrong with the emulator; it is simply doing its job.

To answer this question, I simply went and looked at other playthroughs of the games.

First, we have "Super Mario 64". This was an easy one to find - I just looked up a "Games Done Quick" video to find a version being played on the Super Nintendo 64. I can clearly see the same dark polygons drawn around the edge of Mario's feet. I note that they are not always seen - I notice they disappear in the water level. I assume the polygons are being drawn that way based off the lighting, but in the example scene you show, the original console draws them in the same way. 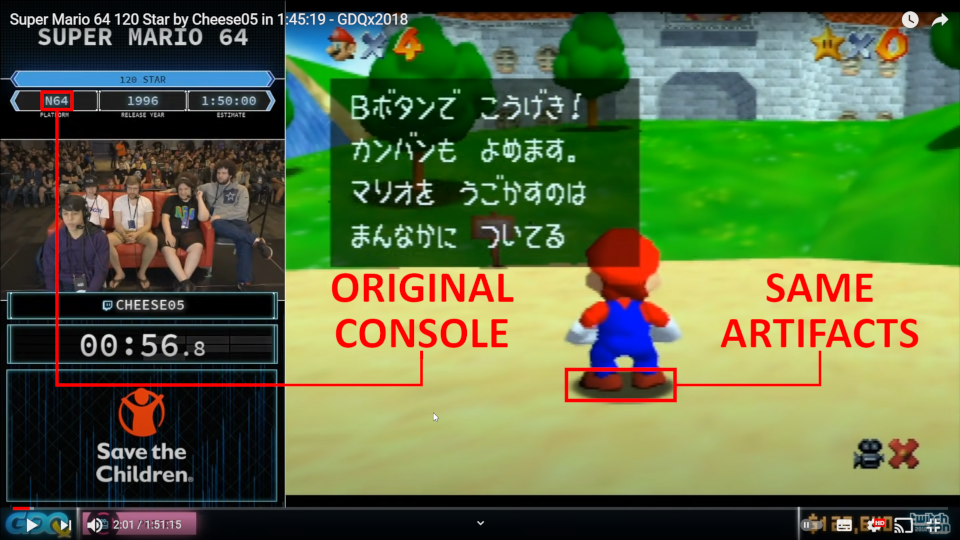 Secondly, we have "Mario Golf 64". I found it impossible to find a verified playthrough of this on an actual Nintendo 64 console, let alone specifically as the character Charlie shown in the original screenshot. However, literally everywhere I go, screenshots with Charlie as the main character show the exact same overlapping polygons. I assume this was simply a developer error. 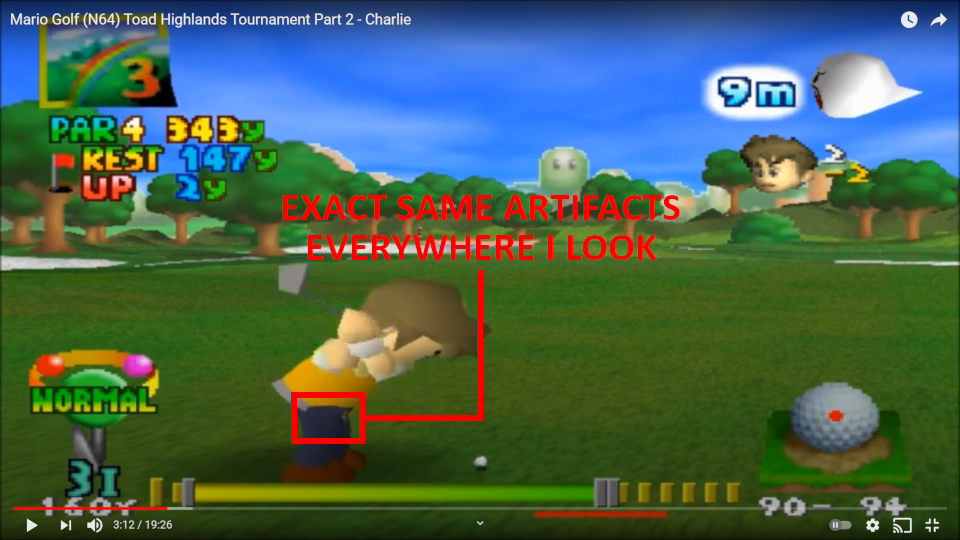 9
How do you get up the endless stairs on Super Mario 64 for Nintendo 64?
5
Is it possible to catch all the Leaf Green Pokemon using a Gameboy emulator?
1
How do I fix the "Your NAND dump is probably incomplete" error on the Dolphin emulator?
5
How can I run a .BIN file with the ePSXe emulator?
2
How can I get cheats working on the My Boy! emulator?
7
How can I transfer my PSP saves to the PPSSPP emulator?
2
How can I evolve trade Pokemon like Kadabra using the VBA Emulator?
0
How do I fix these graphics in Pokemon X using the Citra emulator?
0
How to fix "Failed to read/write NVM/MEC file" error with PCSX2 emulator?