Are my pokemon 3rd gen, Emerald and Ruby, cartridges original?

I previously bought a fake Pokemon Emerald cartridge, so this time I decided to look for a more expensive option as I wanted to have an original one, so I decided to open my wallet and bought Ruby and Emerald for 90€.

They have arrived but there are some suspicious things. Although the Ruby label looks very original, it lacks the "Rated E for Everyone". I have attached images of the cartridges below. On the backside there are some signs of wear and tear, and it is also worth mentioning that the Nintendo Y screws are worn on the outside. It seems the previous owner never opened it as plastic and corroded debris came out when I opened the cartridge. Normally I'd think this would be a bad sign but in this case it tells me it is old and well used.

Looking at the front of the cartridges, there are several things to notice. The Ruby cartridge had the battery flipped upside down. Both cartridges were dry. Ruby also doesn't have the original battery cell which does not matter to me. However, the flash chips are not the same, as there is a resistor lacking on the left and the label on Ruby doesn't match what was pictured on the website that was mentioned on the previous question.

The physical cartridges feel pretty original, which is also normal for fakes, as the plastic casings are not as difficult to copy. The traces and solder joints show premium quality as they are very rounded. There are also a lot of exposed traces which suggests that they are real because fakes are not going to have to do testing and repair, and exposed traces are an annoyance to do. What is concerning to me is how both cartridges are marked as 2002? This does not make sense to me as Emerald was released in 2004. What is of further note is that the silicon is "white" which is a very unusual choice. The only time I have see this choice is either on low quality PCB's or in industrial settings where the PCB is a prototype.

What is also of note is that when I plugged Emerald in the first two times, I got a "corrupted" message, but now every time I load the game there seems to be no issue after blowing the cartridge. I also replaced the battery cells on both games even though one of the cells was working.

So did I managed to grab an original or should I get my money back?

Someone asked me for the video so here it is

For me, there is every sign that both of these are legitimate cartridges. Everything looks exactly as it should in a real cartridge, and I can't believe a faker would go to so much effort to make a fake copy - if these are fakes, they're the best I've ever seen!

With thanks to this website: https://chieftain20.wordpress.com/2014/05/17/complete-guide-to-authentic-gba-pokemon-games/ which has full pictures of legitimate cartridges, and a guide to spotting fakes. 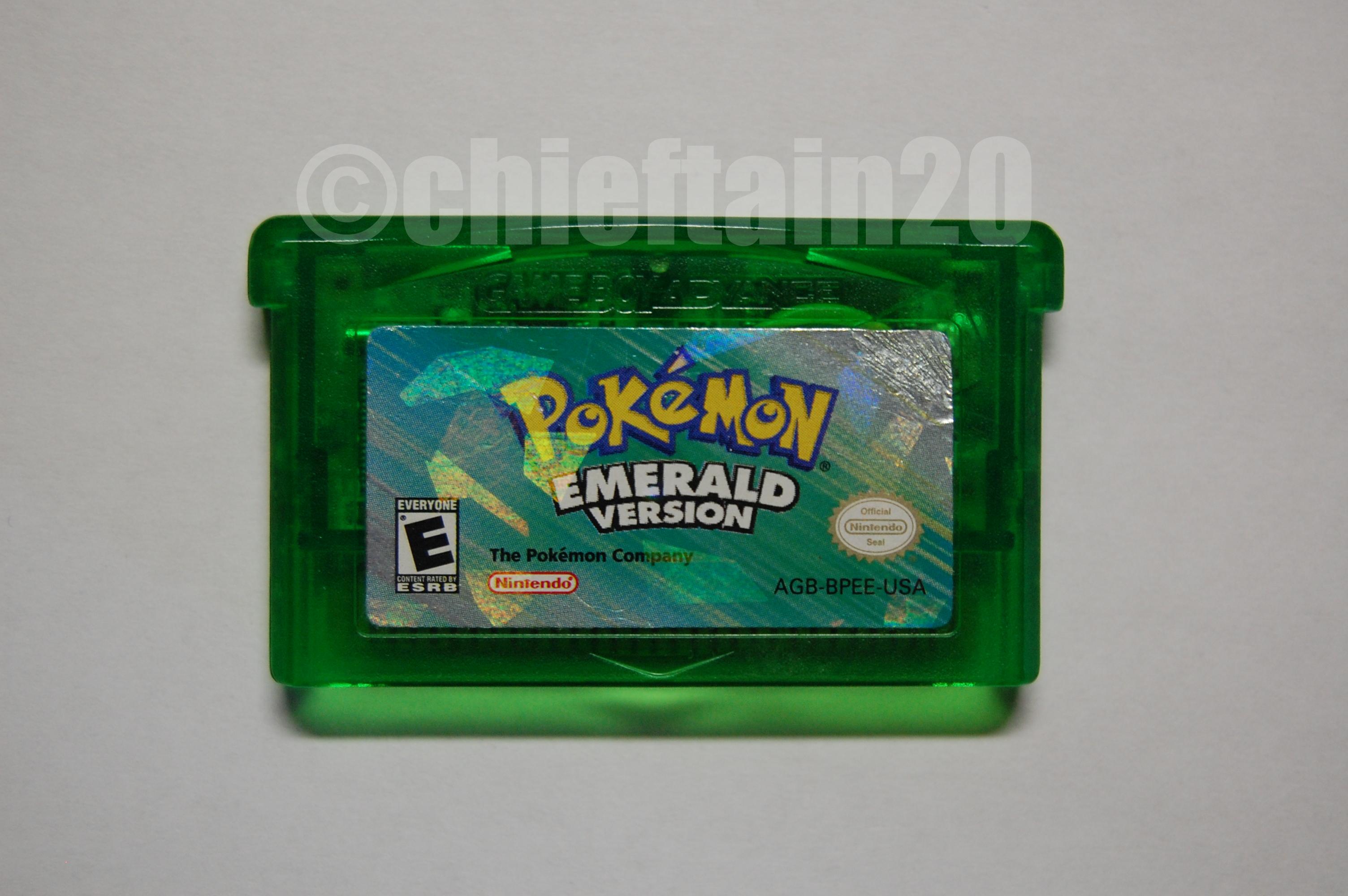 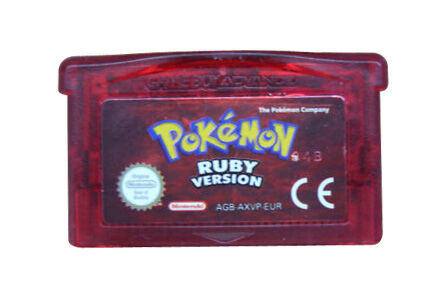 Stickers of genuine carts will often have an embossed number in them from the factory; lacking this is not a sign of a fake, but having it is almost a certain sign of a genuine copy.

Looking now at the back of the cases, here are the genuine ones: 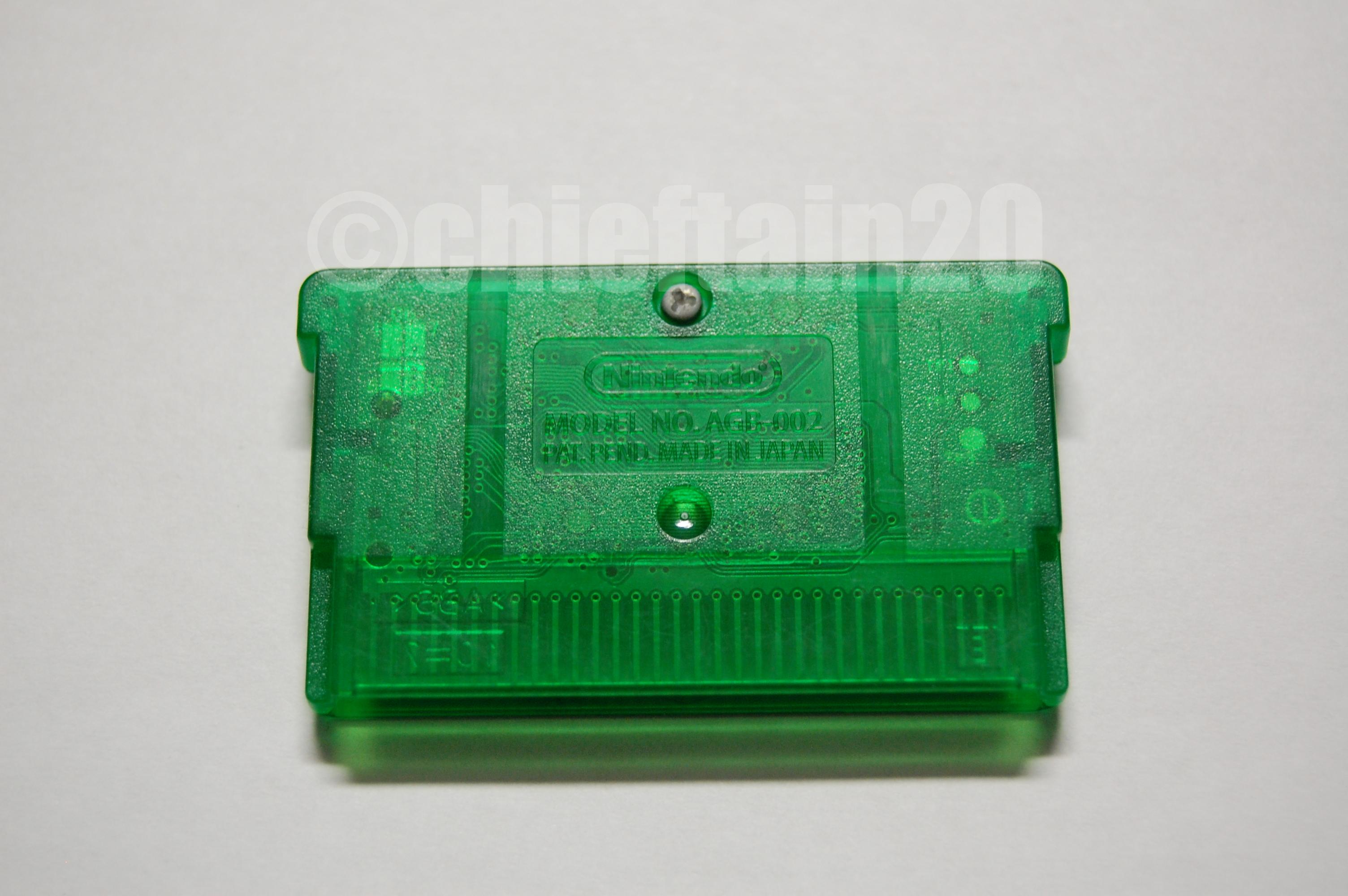 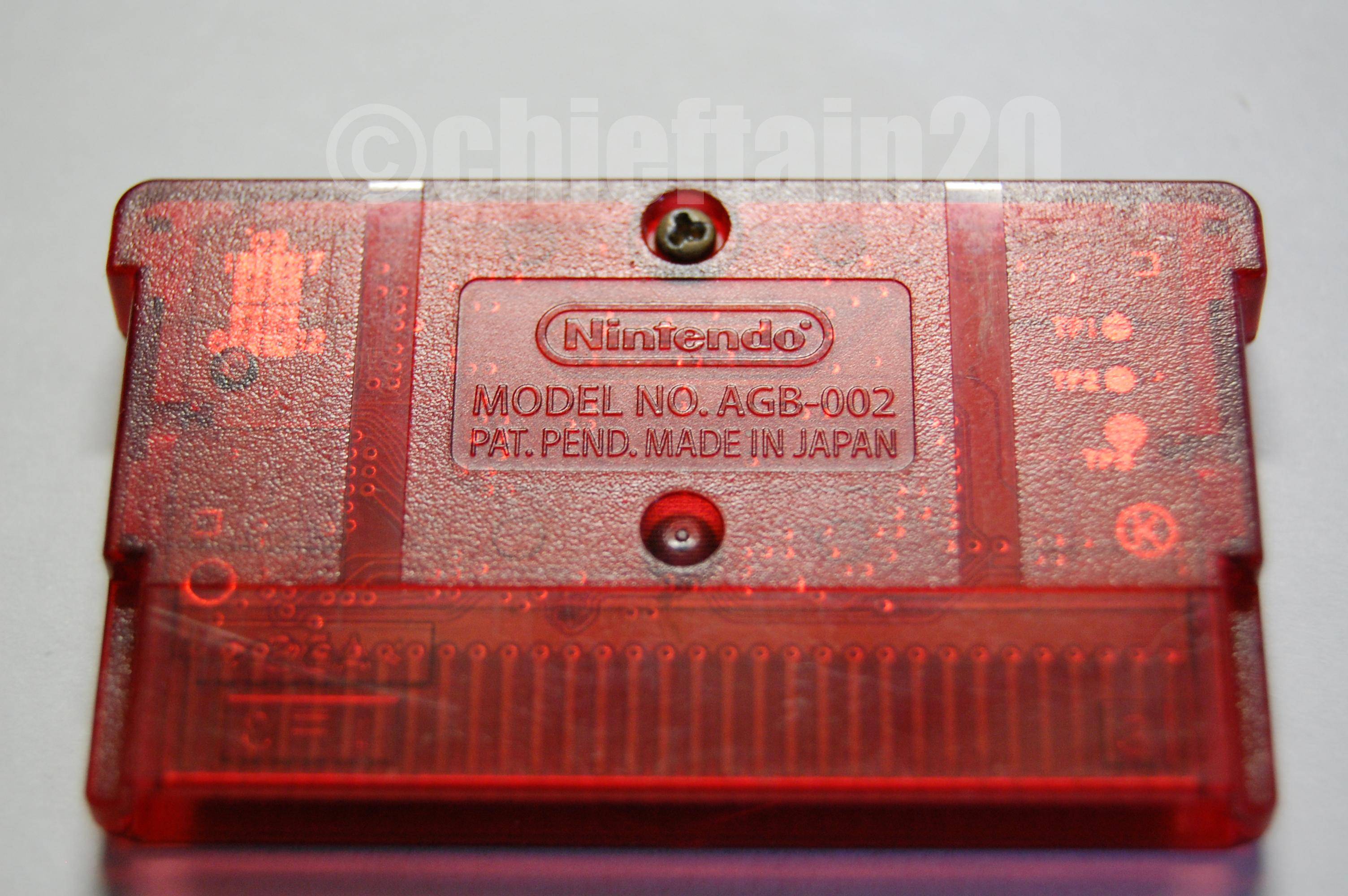 The text font and positioning of your carts looks correct, and you can see the right layout on the insides.

Looking at the circuit board, there are a few different styles that it could be, so don't worry that your didn't match that other website - instead, yours seems to match this one: 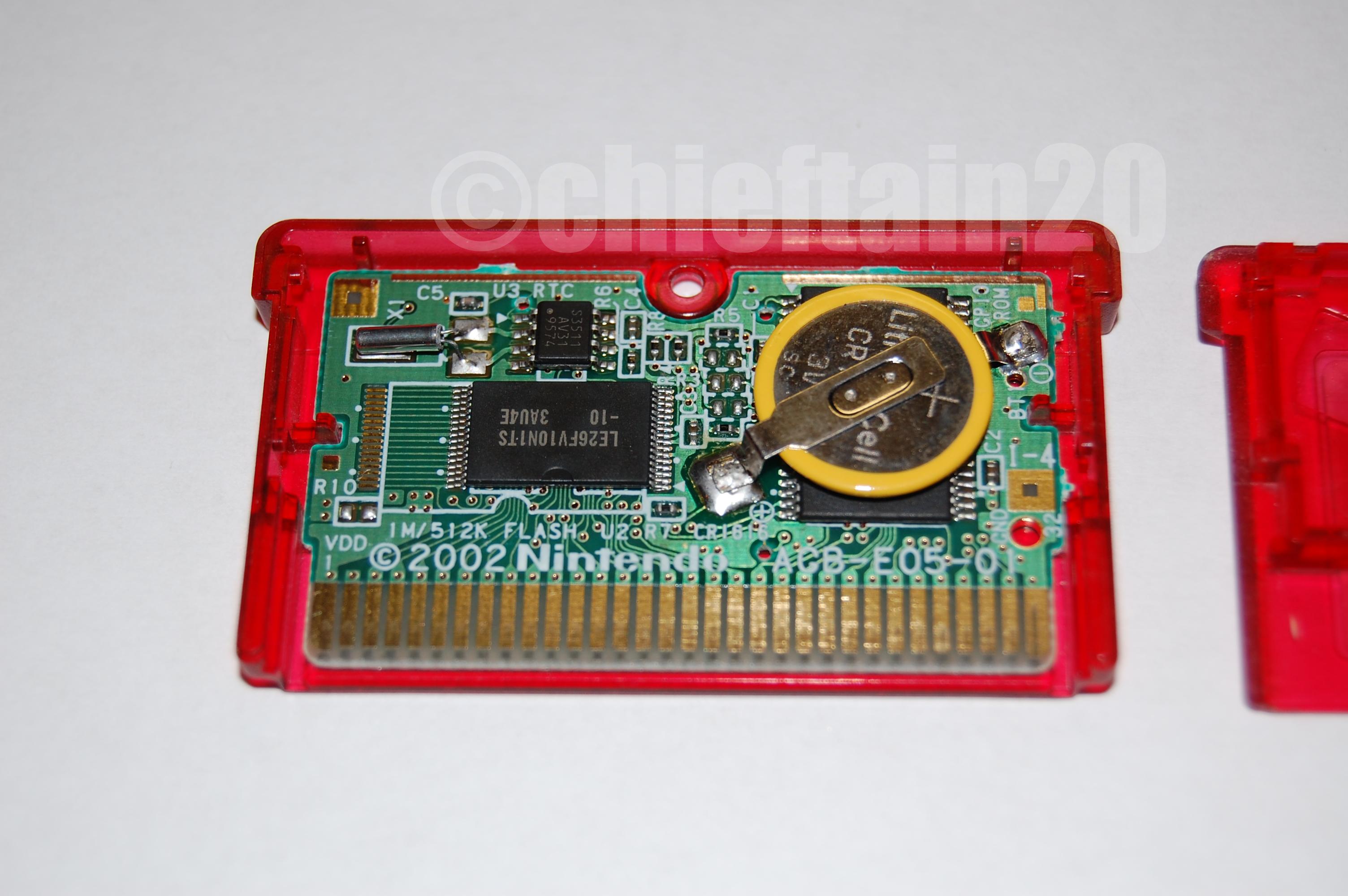 Your circuit board looks to have all the right components in the right place (albeit with a replaced battery), and the right text and font written on it. The 2002 text on the Emerald cart is also correct, based on this image (note that this particular Emerald cart is using the other style of chip inside): 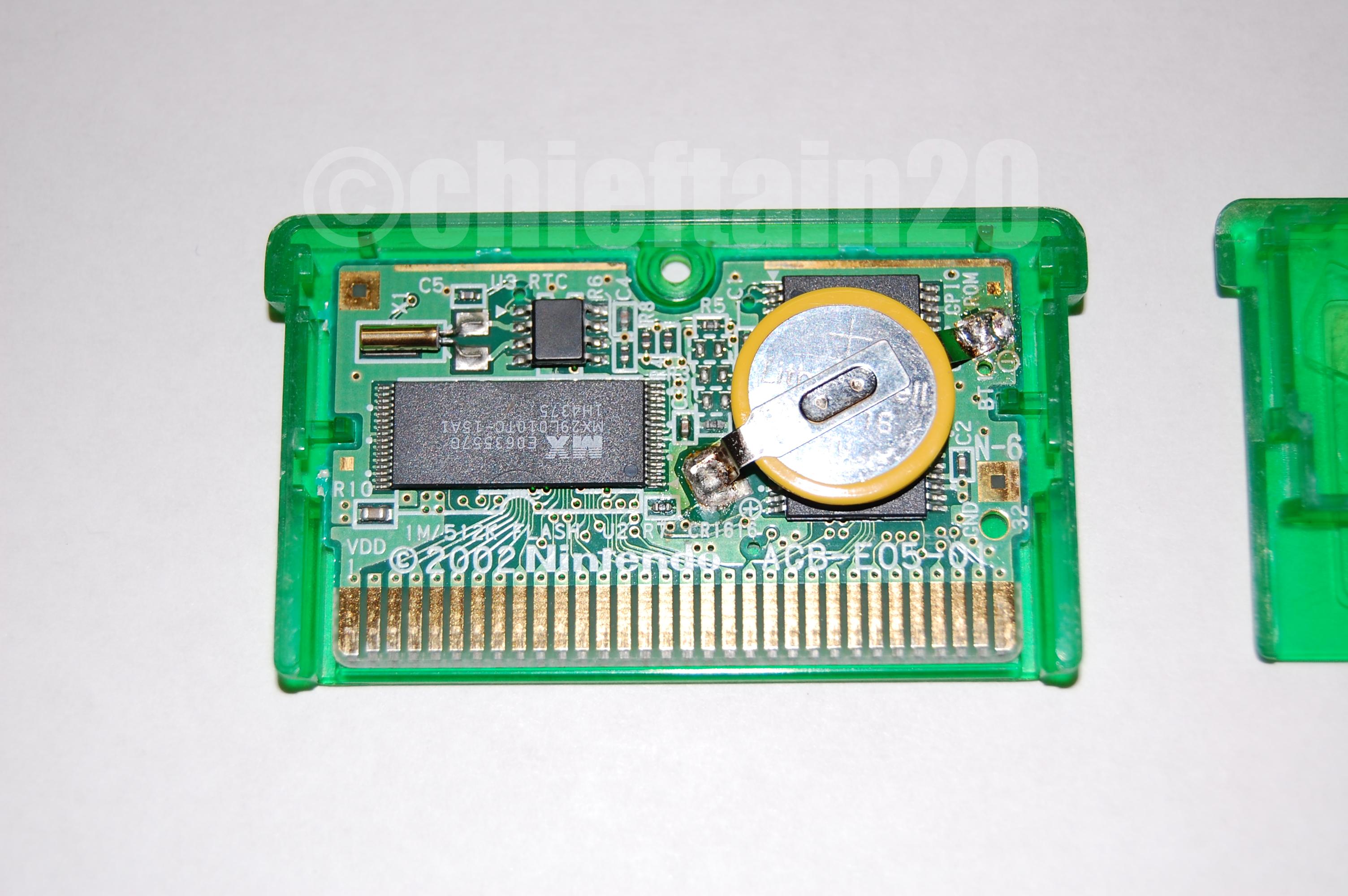 In short, everything is so close a match that I'd be confident to say they are legitimate. As mentioned in my comment, though, getting hold of a fourth generation DS game and attempting to use the migrate option would provide firm proof (counterfeit games would likely fail Nintendo's anti piracy checks and this be unable to migrate to gen 4).

3
Berry growth seems stalled in Pokémon Emerald. Is it possible I have a fake cartridge?